NSA is so overwhelmed with data, it’s no longer effective, says whistleblower 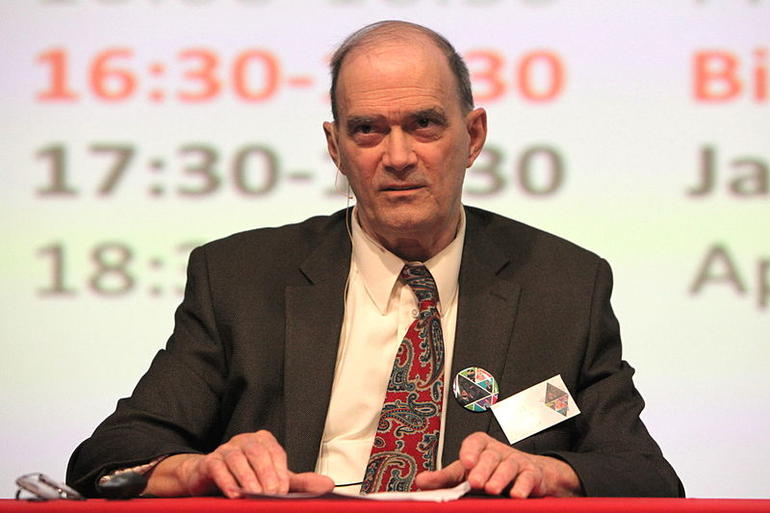 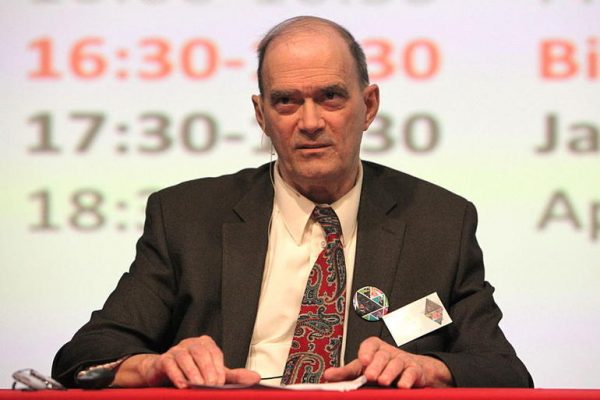 NEW YORK — A former National Security Agency official turned whistleblower has spent almost a decade and a half in civilian life. And he says he’s still “pissed” by what he’s seen leak in the past two years.

In a lunch meeting hosted by Contrast Security founder Jeff Williams on Wednesday, William Binney, a former NSA official who spent more than three decades at the agency, said the US government’s mass surveillance programs have become so engorged with data that they are no longer effective, losing vital intelligence in the fray.

As the Snowden leaks began, there was “fear and panic” in Congress

Just a few minutes after the first NSA leak was published, the phones of US lawmakers began to buzz, hours before most of America would find out over their morning coffee.

Binney said that an analyst today can run one simple query across the NSA’s various databases, only to become immediately overloaded with information. With about four billion people — around two-thirds of the world’s population — under the NSA and partner agencies’ watchful eyes, according to his estimates, there is too much data being collected.

“That’s why they couldn’t stop the Boston bombing, or the Paris shootings, because the data was all there,” said Binney. Because the agency isn’t carefully and methodically setting its tools up for smart data collection, that leaves analysts to search for a needle in a haystack.

“The data was all there… the NSA is great at going back over it forensically for years to see what they were doing before that,” he said. “But that doesn’t stop it.”

Binney called this a “bulk data failure” — in that the NSA programs, leaked by Edward Snowden, are collecting too much for the agency to process. He said the problem runs deeper across law enforcement and other federal agencies, like the FBI, the CIA, and the Drug Enforcement Administration (DEA), which all have access to NSA intelligence.

Binney left the NSA a month after the September 11 attacks in New York City in 2001, days after controversial counter-terrorism legislation was enacted — the Patriot Act — in the wake of the attacks. Binney stands jaded by his experience leaving the shadowy eavesdropping agency, but impassioned for the job he once had. He left after a program he helped develop was scrapped three weeks prior to September 11, replaced by a system he said was more expensive and more intrusive. Snowden said he was inspired by Binney’s case, which in part inspired him to leak thousands of classified documents to journalists.
Since then, the NSA has ramped up its intelligence gathering mission to indiscriminately “collect it all.”

Binney said the NSA is today not as interested in phone records — such as who calls whom, when, and for how long. Although the Obama administration calls the program a “critical national security tool,” the agency is increasingly looking at the content of communications, as the Snowden disclosures have shown.

The former NSA official turned whistleblower said a greater threat exists to Americans’ privacy than the controversial Patriot Act.
Binney said he estimated that a “maximum” of 72 companies were participating in the bulk records collection program — including Verizon, but said it was a drop in the ocean. He also called PRISM, the clandestine surveillance program that grabs data from nine named Silicon Valley giants, including Apple, Google, Facebook, and Microsoft, just a “minor part” of the data collection process.

“The Upstream program is where the vast bulk of the information was being collected,” said Binney, talking about how the NSA tapped undersea fiber optic cables. With help from its British counterparts at GCHQ, the NSA is able to “buffer” more than 21 petabytes a day.

Binney said the “collect it all” mantra now may be the norm, but it’s expensive and ineffective.

“If you have to collect everything, there’s an ever increasing need for more and more budget,” he said. “That means you can build your empire.”

They say you never leave the intelligence community. Once you’re a spy, you’re always a spy — it’s a job for life, with few exceptions. One of those is blowing the whistle, which he did. Since then, he has spent his retirement lobbying for change and reform in industry and in Congress.