Obama Stabbed In Back By His Own Party: TPP Derailed For Now 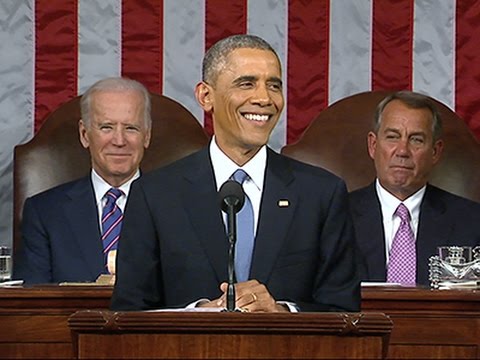 House Democrats dealt President Obama a humiliating defeat on his free-trade initiative Friday, derailing a key priority for the president and rebuffing his rare, personal pleas for their support.

The defeat at the hands of his own party placed Obama’s trade agenda in limbo and exposed deep party divisions on economic policy, leaving the pro-trade Democrats marginalized by the anti-corporate wing of the party, which has been on the rise since the 2008 financial collapse. It also exposed the weakening hand of House Minority Leader Nancy Pelosi (D-Calif.), who had worked for days to avoid a Democratic takedown of the president’s agenda, only to throw her support in with the rank-and-file rebellion at the last minute.

The fate of the trade legislation now depends on Obama’s ability, along with business-friendly interests, to persuade dozens of Democrats to switch their votes before a planned do-over vote early next week.

The key roll call came on a measure to grant financial aid to displaced workers, with 144 Democrats linking arms with 158 Republicans in a rout that left the overall package of trade bills stalled. Despite Obama’s entreaty to “play it straight,” Democrats rejected a program that they had almost universally supported in the past because its failure also ensured the failure of the centerpiece measure, the “fast-track” negotiating authority. House leaders structured the voting so that it required passage of three separate measures for the legislation to advance.

“I will be voting to slow down fast-track,” Pelosi said on the floor moments before the vote. “Today we have an opportunity to slow down. Whatever the deal is with other countries, we want a better deal for American workers.”

Friday’s setback dimmed hopes at the White House that Obama will be able to complete the Trans-Pacific Partnership (TPP), a sweeping free-trade and regulatory pact that he has called central to his economic agenda at home and his foreign-policy strategy in Asia. Obama’s loss came after a months-long lobbying blitz in which the president invested significant personal credibility and political capital.

Republican leaders, who had backed the president’s trade initiative, pleaded with their colleagues to support the deal or risk watching the United States lose economic ground in Asia. Afterward, GOP leaders said the battle was not over, but they made clear the onus was on Obama to sway his fellow Democrats.

“The president has some work yet to do with his party to complete this process,” said Rep. Paul Ryan (R-Wis.), chairman of the House Ways and Means Committee. “This isn’t over yet.”

White House press secretary Josh Earnest insisted that the president’s trade agenda is still alive and vowed that Obama will continue to urge passage of the package in the coming days. Earnest said that the Senate approved the fast-track legislation last month after initially voting to block it.

The silver lining for Obama and his unusual Republican allies is that the balance of the trade package narrowly won support. The House voted 219 to 211 to approve fast-track, also known as trade promotion authority, which had been expected to be the most crucial vote.

But because House leaders split the bill into several pieces, approval of the worker assistance program — known as trade adjustment assistance, or TAA — is needed to advance fast-track.