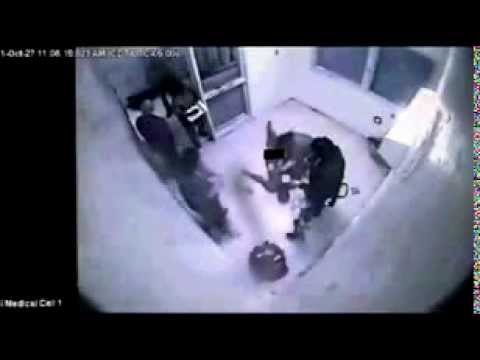 A black Army veteran died a slow, excruciating death in an Oklahoma jail while jail officials looked on and did nothing to help.

This Video is from a Tulsa jail cell in 2011. Elliott Earl Williams received no medical care or assistance, was taunted with a broken neck on a cold concrete floor, and died a slow death, to which a top Sheriff’s Department official would later reference as “inhumane.”

At the time, no one ran the story nationally and no one really cared, but now they’re fighting over who broke the story because it is worth mere bragging rights for places like RawStory, NewyorkDailynews and the DailyBeast, who took to twitter to argue over plagiarism claims. However, this was before recent events thrust police brutality and racial relations back into the media spotlight; back when no one but a few liberal social justice reporters really gave a shit.

In 2011 Elliott Earl Williams, 37, was arrested on misdemeanor obstruction charges at a Marriott hotel, where staff reported Williams to have a mental breakdown. The Army veteran had a history of mental illness. But the encounter with law enforcement turned into a sentence to be left immobile for days in a jail cell, where the staff believed he was “faking” his condition.

Williams’s 2011 death in jail received a fair amount of local attention, though release of the jail video was underplayed in some local media outlets.

Williams was a veteran with no criminal record, who was distraught over the breakup of his marriage and suffering a mental breakdown. Owasso police were called to the hotel where he was staying on Oct. 21, 2011. He was rambling about God, eating dirt and he asked officers twice to shoot him.

Rather than wait for the arrival of the mental health team they had dispatched, Owasso police pepper sprayed, beat, and arrested Williams. In an Owasso city holding cell, Williams removed his clothing, hid under a bench, screamed and barked like a dog.

Williams was taken to the Tulsa jail where he refused to comply with orders and Owasso officers (still in the pre-booking area) “took him to the ground by his head and neck,” reports state.

“This guy went almost six days and never got taken to the hospital with a broken neck,” Daniel Smolen, his family’s attorney, told the Daily Beast. “They’re throwing food at him and making fun of him in the cell while he’s going through a horrific death. You wouldn’t do that to an animal or any living thing.”

His family filed a federal lawsuit which is still unsettled.

Combined with a battle for his estate.

When a nurse reported for her shift that night at 7 p.m., she was shocked by Williams’s condition. He had white residue on the side of his mouth and couldn’t get up. She asked detention officers to open the cell door so she could help him, but they refused, citing unspecified safety issues, according to the court papers.

Eventually the nurse just gave up.

“It’s a slow, torturous death,” Smolen said. He told the Daily Beast that it’s the worst civil rights violation he’s seen on film. “You’re cognizant of it the whole time. It’s like a nightmare.”

Just one segment of the video shows Elliott lying immobile on his back for hours after officers dragged him into his cell.

Later jailers dragged an immobile Williams into the shower and left him there. Another officer saw him screaming for help while lying face-down in the shower. One captain later recalled this incident while testifying, saying Williams “would not stand up but we did give him a shower anyway.”

His family says jail staff insisted he was faking his injury and refused to transport him to get proper medical care until it was too late.

You can see jail workers setting food and water at the edge of his reach. Williams dips his fingers in the water to touch to his lips. He then knocks over the cup as he tries to grab food.

The video shows Williams being given a test to check his reflexes, but documents say he never received treatment.

On the day he died, jail workers flip his body off the blanket and try to revive him. They perform CPR on him at least three different times.

The plaintiff’s attorneys say Williams should have received the same amount of medical attention when he was alive.

The Sheriff’s office sent a statement saying, “The death was an unfortunate event in the Tulsa County Jail. On the advice of counsel, we are unable to comment on current litigation. We look forward to defending this case in court at the appropriate time.”

RIP to Elliott Earl Williams, your legacy will not be forgotten. 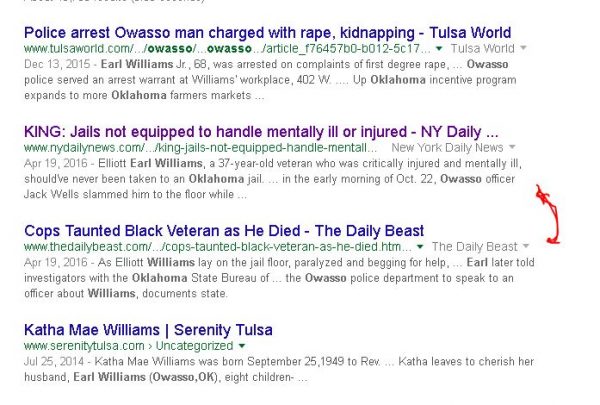 Two Years After the incident, the story went viral not because of it’s horrendous facts, but because of a popular journalist twitter feud.