Analysis: Was Orlando a False Flag or ISIS Terror Attack? 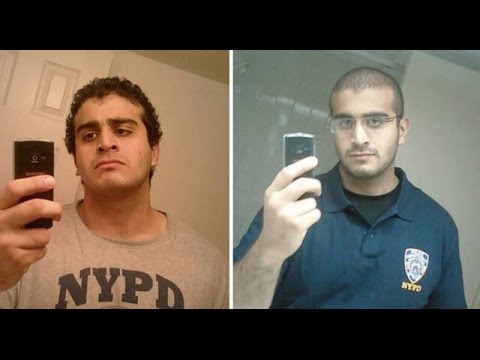 These are the questions that mainstream media won’t ask.

Multiple witnesses are reporting there was more then one shooter in Orlando – yet the mainstream media refuses to acknowledge these statements and continues to push its lone wolf gunman narrative.

Which begs the question – was the attack last Sunday morning at Pulse a false flag attack or a well planned coordinated ISIS terror attack that the government and its fourth branch are keeping under-wraps – under the pre-tense of National Security?

Even social media is suppressing information censoring public knowledge about this event and endangered lives by also deleting information for a blood drive.

Its very interesting that a witness, Janiel Gonzalez, called into ABC and was cut off when he said there was multiple people involved in the attack and that someone prevented them exiting.

“Fifty people were trying to jump over each other trying to exit the place. There was a guy holding the door and not letting us exit,” said Gonzalez. “He’s like ‘Stay inside, stay inside.’ As he is saying that, the shooter keeps getting closer and closer and the sound of the bullets is getting closer. Everyone starts to panic. People are getting trampled. Let us out, let us out!”

Interesting then we have another witness who says he was trapped in a bathroom saying there was four people total and that one of the suspects said “that there was snipers on the roof waiting for the police.” Lastly we have a third witness who says there are multiple shooters involved.

Keeping in mind that, as with any mass shooting event, we must be wary of inconsistencies in reporting, this is a sign of a falseflag event. But also realize, if this was a ISIS inspired terror attack, the government would not want those details to get out publicly as it would incite panic in the public knowing there was multiple shooters.

Some important questions need to be asked here – how did Omar smuggle in an AR-15 into the club? Most clubs pat you down or run you through a metal detector and tell you to empty everything in your pockets. Did Pulse not have security? This is a large gun, similar to the AR-15 that has been used in most of the mass shootings that we have had in the US in the past 5 years including  Sandy Hook, Aurora Colorado, and San Bernardino. It should have been noticed.

Another question that needs to be asked is looking at Omar’s connection to GS4 – a Security firm that had several DHS (Domestic Homeland Security) contracts. Including distributing illegal immigrants into the U.S as seen in the document below. If this was a false flag, operation this may be the best question as this would show government ties.

The last question that needs to be asked is this — the government has gone on the record saying this was a lone wolf attack in the name of ISIS and that the shooter  wasn’t connected to anyone else outside the US and he acted alone. Yet seemingly the same day this attack happened another potential jihadist — James Wesley Howell was heading to an LA gay pride parade. This is a hell of a coincidence and considering the man came all the way from Indiana to drive to LA this seems to be well calculated and planned. Fortunately Howell was arrested before he could carry out his carnage. Although at this time no motive is known for this attacker and he’s a white male so this man might not be connected.

Or lets assume that the above didn’t happen and it’s a falseflag and just apart of a sophisticated script that somehow all these people are colluded in. Is there any other evidence that this could be an ISIS inspired attack? Well there is, a few days prior to the attacks an ISIS linked Hacking group, the Cyber Caliphate, released names of people in Florida it was going to target.

As of this writing we have no knowledge if any of the victims are in that long list of 8,0000 names that ISIS released. The point being that they said they were going to target Florida then some crazed lunatic murders people in the name of ISIS. Another hell of a coincidence, this seems all too well planned, and that it was done by more than one guy — Omar didn’t just flip on two homosexual gay men kissing and decide to do this as the media is suggesting. Another fact is that Ramadan is going on right now. With all this evidence we can conclude that this was likely an ISIS planned attack and not a Government sponsored Gladio/Northwoods styled operation.

It’s absolutely insane to think a man would randomly do this then proclaim that he did it in the name of ISIS in a 911 call after committing such a heinous act. Also this cell phone call needs to be publicly released.

More questions linger then can be answered, so will we ever know the truth? Probably not, as the government likes to keep people in the dark on these types of investigations speaking about them publicly for a few days, and then not even the family members receive information in regards to the investigation.

Keep in mind that the Orlando shooting took THREE HOURS, meaning Omar had THREE HOURS to murder 50 people and injure 100’s of others. Where was the NSA? Where was the FBI to prevent this event? The FBI is documented to have interviewed him twice. Already politicians like Hillary Clinton and President Obama are taking advantage of this tragedy and pushing for a ban on assault weapons. But instead of pushing to ban assault weapons when this was a terror attack  – and the individual would have carried it out with handguns if necessary – we should be pushing for a conceal and carry bill. The more people armed the better one armed individual in this situation could have prevented the blood bath that ensued or at least limited it. It seems to make no sense to me to take weapons away from lawful American’s and make them more vulnerable to these types of ambushes. It’s also interesting to point out this area was a gun free zone.

Meanwhile trust in media has taken a nose dive, as confidence in newspapers and TV news hits an all time low.

We will continue to keep you up to date as more information becomes available, but right now this case seems to point to being a terror attack carried out by ISIS. We are supported by our viewers, we are independent of any lobbyist or government telling us what to report or not report on so if you enjoy this content please consider becoming a patreon to We Are Change.

Update: An accomplice who helped Omar is expected to be arrested soon according to Matt Drudge and the Drudge Report.

Full Breakdown: What You Need To Know About The Orlando Shooting: