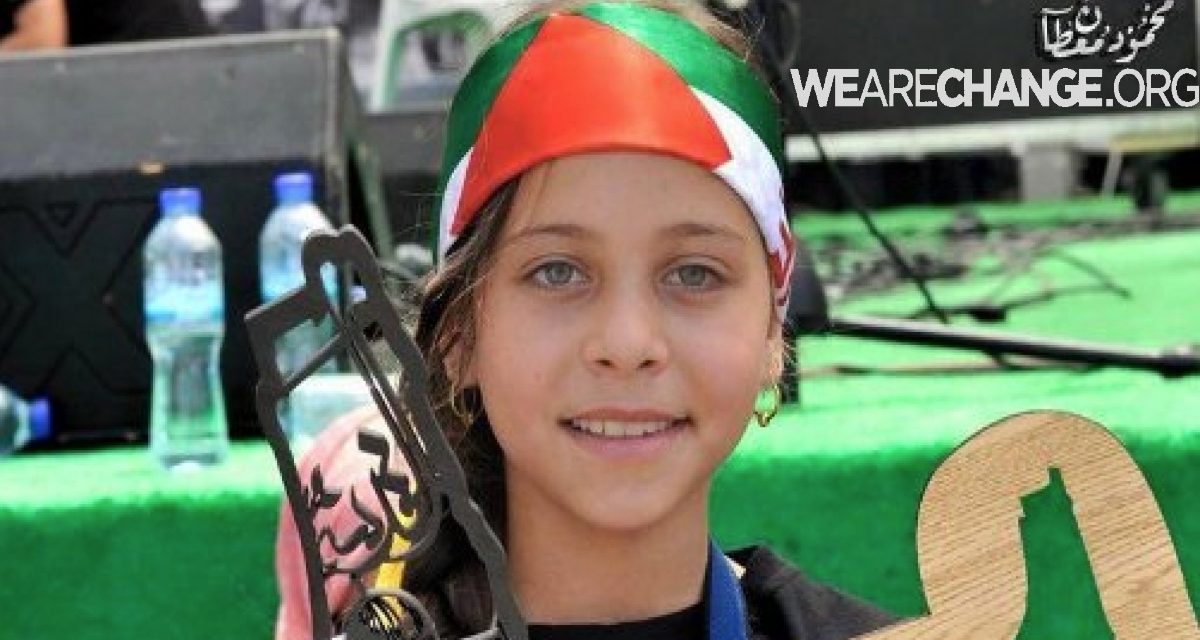 Janna Jihad Ayyad believes it is her duty to record Israeli injustices throughout the occupied West Bank and beyond.

Nabi Saleh, occupied West Bank – Palestinian Janna Jihad Ayyad, who turned 10 this month, counts herself among the youngest journalists in the world.

“my camera is my gun”

A resident of the village of Nabi Saleh in the occupied West Bank, Janna, along with many other local children, regularly participates in demonstrations against the Israeli occupation. She began making videos of what was happening in her village when she was only seven.

“Not a lot of journalists are sending our message from Palestine to the world, so I thought, ‘why not send my message … and show them what is happening in my village’,” Janna told Al Jazeera.

While there are no journalists in Janna’s family, her uncle, Bilal Tamimi, is a photographer who has documented the violence of Israeli soldiers in Nabi Saleh. Janna was partly inspired by him. 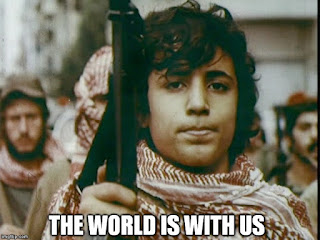 The Palestinians have been fighting throughout the 68 yr occupation, young and old. The Zionists never anticipated that the Palestinians would capture the world’s attention, win hearts and minds and expose Israel for what it really is. But the Palestinians did that, they are the true winners!

“I talk about what is happening,” Janna said. “I see an occupation, soldiers, cannons and police. They do a lot of things to make us go from our land.”

The deaths of two men in her village – her cousin, Mustafa Tamimi, and another uncle, Rushdie Tamimi – served as a trigger for her to begin documenting everything that was happening in Nabi Saleh. Mustafa was killed by a gas canister and Rushdie was fatally shot in his kidney.

Since then, Janna has expanded her work, travelling with her family and using her mother’s iPhone to shoot videos in Jerusalem, Hebron, Nablus and Jordan. Her videos show everything from people being detained at checkpoints, protest marches and violence against Palestinian children.

Born into a belligerent occupation, born to resist. What are occupation forces doing there? Since the beginning, Palestinians do not go to them, they come to the Palestinians.

As a child, she feels she has an advantage over adult reporters: “The soldiers catch the big journalists and take their cameras.”

On Facebook, Janna describes herself as a news personality, and has attracted more than 22,000 followers. Her page includes several videos of her participating in demonstrations and confronting Israeli soldiers. Her reports are delivered in both Arabic and English.

“My camera is my gun,” Janna explains. “The camera is stronger than the gun … I can send my message to small people, and they can send it to others.”

Her mother, Nawal Tamimi, says she is both scared for and proud of her young daughter. Linah Nabulsi was 16 when she was shot down by an Israeli soldier in the early 70’s.

“I am proud of my daughter because as a child, she tells her message to the world. She shares her fears, what she feels, and the problems of attending school,” Nawal told Al Jazeera.

“But I am scared for her, when the army comes in the middle of the night and tear-gases our house, and we wake up in smoke … They attack our people who demonstrate against the settlers and the Israeli occupation.”

Janna’s uncle, Bilal, says it has been difficult to accept Janna’s work. “She should be playing and studying, but in our life it’s not a choice,” he told Al Jazeera, noting that the family has a history of activism dating back to 1948. “We must teach our children to not accept humiliation and not be cowards. We are under occupation. We cannot teach our children silence; they must fight for their freedom.”

When she gets older, Janna says she would like to work for CNN or Fox News because “they do not talk about Palestine, and I want to make reports on Palestine”.

Asked what an ideal world would look like to her, Janna, for once, responds like a 10-year-old: “I want it to be pink.”