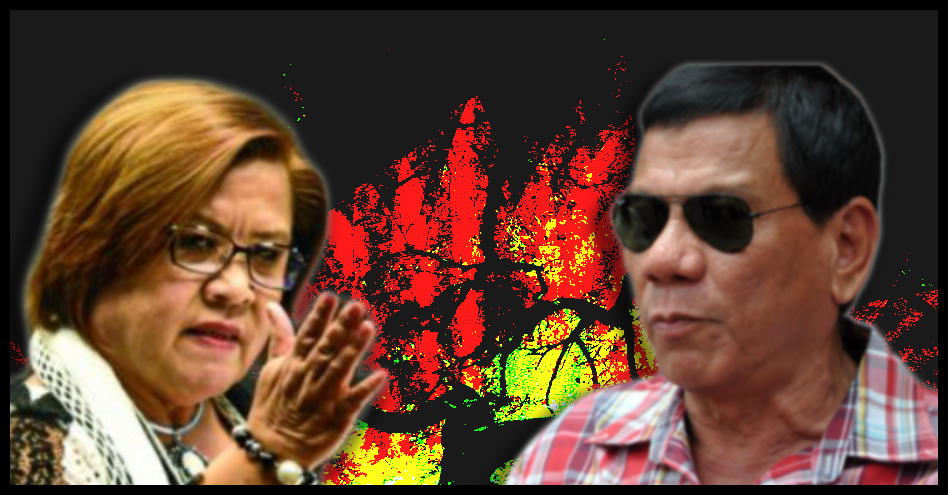 MANILA, Philippines – Senator Leila de Lima on Tuesday called on the people to make President Rodrigo Duterte, whom she branded as the “number one criminal” in the country, accountable for the deaths of suspected criminals in Davao City when he was mayor, and the killings of more than 7,000 others since he assumed office in Malacañang.

“There is no more doubt that our president is a murderer and sociopathic serial killer,” De Lima told reporters, as she called on cabinet to declare him unfit to lead, and asked ordinary Filipinos to voice their opposition to his rule.

De Lima said the constitution allowed for a majority in his cabinet to force him to step down by ruling that he was mentally incapacitated and urged it to do so.

De Lima invoked the mass uprising that ended the “iron fist” of Marcos’s dictatorship in 1986. Referring to the People Power Revolution that toppled Philippine dictator Ferdinand Marcos in 1986, she said:

“Now the time has come again for us to be brave and stand up to another criminal dictator and his evil regime.” 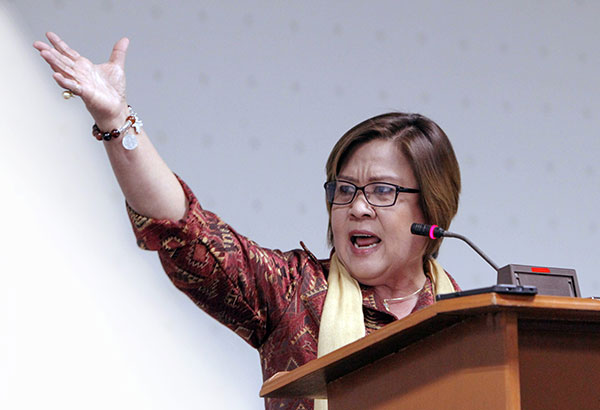 Leila de Lima is criticising the estimated 7,000 drug-related killings that have occurred since Duterte started his anti-drug crackdown in July 2016.

De Lima is a Filipino lawyer, human rights activist and politician. She won one of twelve contested seats and currently serves as a Philippine senator in the Philippines’ 17th Congress.

Ms De Lima, who served as justice secretary under Mr Duterte’s predecessor, Benigno Aquino, has been one of the most vocal critics of the crackdown.

When she served as chair of the Commission on Human Rights between 2008-2010, she investigated Mr Duterte – who was then mayor of Davao City – over unexplained deaths during his anti-crime campaign.

Ms de Lima’s comments come a day after a retired Philippine policeman claimed that Mr Duterte ordered “death squad” hits to kill criminals and opponents while he was mayor of Davao city.

He is the second man to go public with claims of being part of a paid Davao death squad, dating back to 1988, when Mr Duterte became mayor of his hometown.

The extrajudicial killings allegedly included a radio show host who was a critic of the then-mayor, a pregnant woman and a four or five-year-old boy.

The president’s office called the retired policeman’s claims a “character assassination” and “vicious politics”, insisting all such allegations had been proved false by independent agencies.

Over the years, the president has variously denied and confirmed the existence of a Davao death squad, and claimed to have personally killed people to set an example for police.

Now De Lima is in the firing line. The Department of Justice filed three cases against De Lima on Friday for her alleged involvement in the illegal drug trade at the New Bilibid Prison during her time as Justice secretary.

Leila de Lima has long prepared herself to be the first political prisoner in President Rodrigo Duterte’s administration. De Lima said of the charges:

“If the loss of my freedom is the price I have to pay for standing up against the butchery of the Duterte regime, then it is a price I am willing to pay”

Human rights groups claim the charges have been fabricated to silence her and warn off other critics.

Duterte is making life hell for Sen. Leila de Lima because she was courageous enough to investigate him re death squads. She scares him.