Police in Thailand Put Down Weapons and Join Protestors 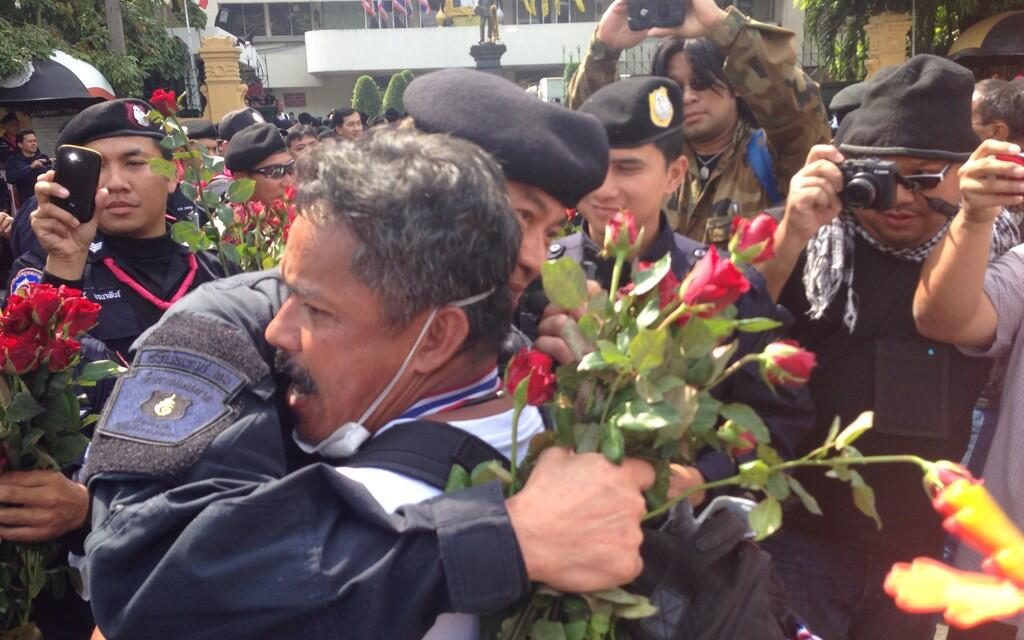 Police in Thailand Put Down Weapons and Joined Protestors 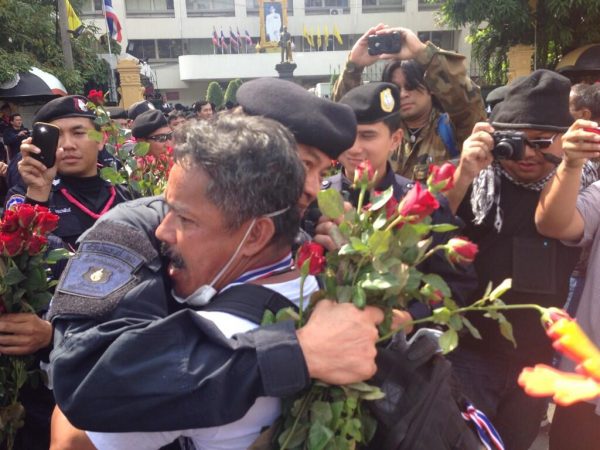 The following surprising turn of events took place in Thailand where , the local police who were ordered to harass and block protestors, in a special holiday in memorial of fallen kings, they decided to place down their Shields and helmets as a sign of solidarity with the peoples cause.

The gathering’s protestors explained that their goal is to destroy the political machine of former Prime Minister Thakskin Shinawatra, who is accused of widespread corruption and abuse of power. The present Prime Minister, Yingluck Shinawatra, is Thakskin’s sister and is seen as a puppet of her brother. In a move to topple the Shinawatra government, protestors planned on storming the Bangkok Metropolitan Police Bureau. This act was devised and led by protest leader, Suthep Thaugsuban.

But what police did instead surprised many. Their lowering of arms and joining with protestors marks a turning point in the protests and a potential shift in power.

The following video shares the triumphant merging of both sides.

It is an inspirational act for law enforcement workers to take initiative and stand up for what is right. Who knows what changes could take place if other countries followed suit..