Did George Soros forgive Trump of a $312 million debt? 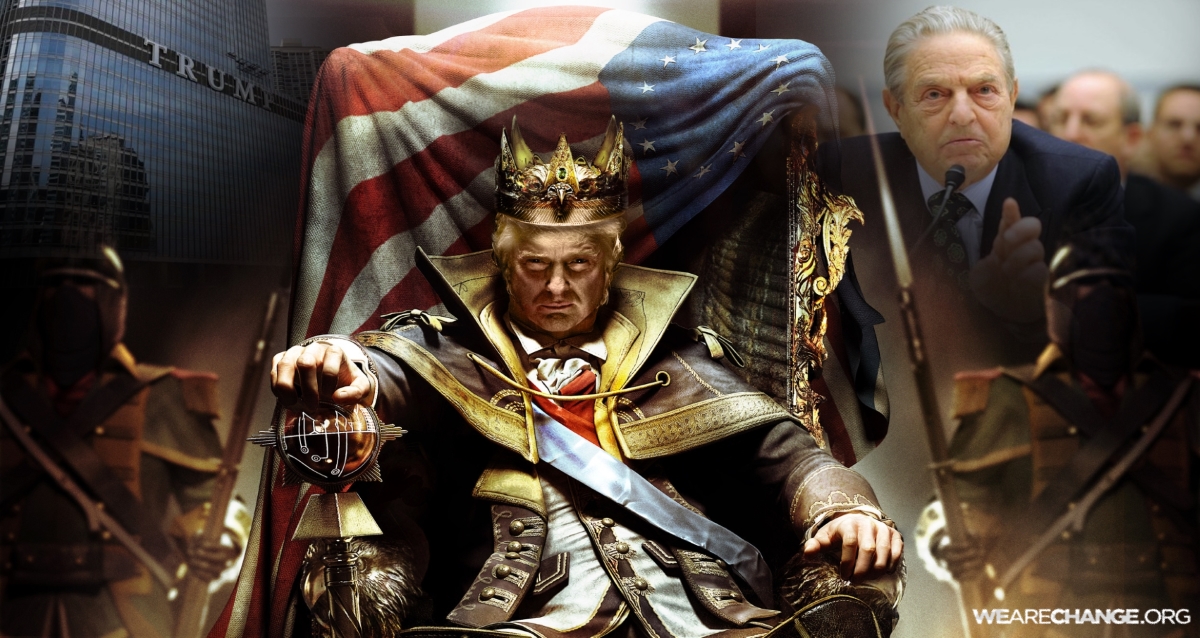 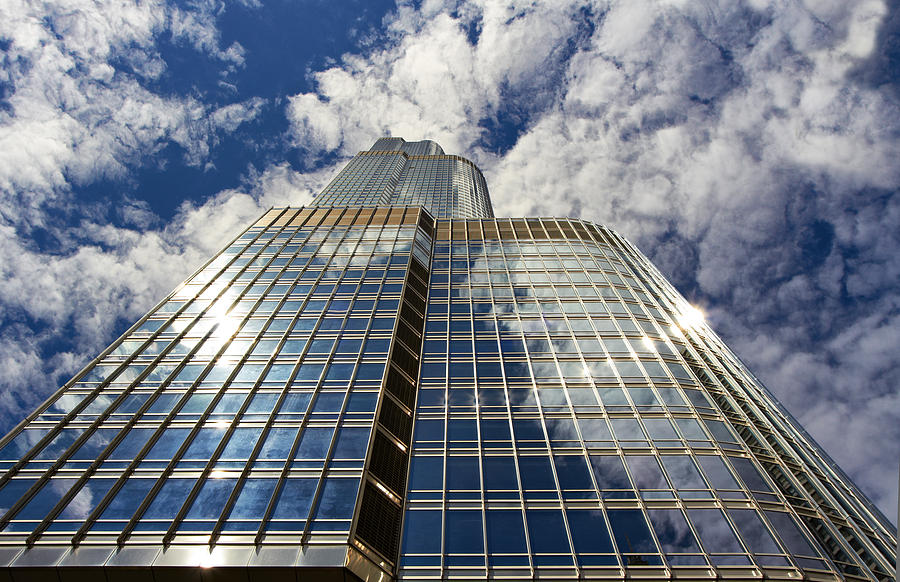 In 2005 Donald Trump started construction on the Trump International Hotel and Tower in Chicago.

To build the tower, Trump received several loans primarily from Deutsche Bank for $650 million, but he also lined up a $160 million mezzanine loan* from a group of private investors, Fortress Investment Group, Blackacre Capital, and support from billionaire George Soros, who invested $160 million to help build the Chicago skyscraper. Soros was a key piece in what was the largest construction financing in the city’s history, according to real estate sources and public documents.

The investor trio was led by Fortress Investment Group LLC, according to a financing statement filed Oct. 19 with the Cook County recorder’s office. Fortress, which manages more than $10 billion in investments, is familiar with the downtown Chicago condominium market after providing a key $26 million loan on the River East mixed-use development project. The document does not identify the other participants, but a key member is Grove Capital LLP, according to sources familiar with the transaction.

The firm manages most of the multibillion-dollar real estate portfolio of the $13 billion Soros Fund Management, from which Grove Capital was spun off in 2006.

The $160 million investment was in the form of a mezzanine loan, a kind of second mortgage that typically charges a much higher interest rate than a first-mortgage construction loan.

By October 2008, Trump had sold nearly $600 million in condo and condo-hotel units, more than half of the total value of all the units in his tower.

After seven years (2005-2012) Trump was on his way to paying off his main construction loan to Deutsche Bank For reasons unexplained to the public, the majority of Trump’s mezzanine loan was quietly forgiven by the loan’s original lenders. 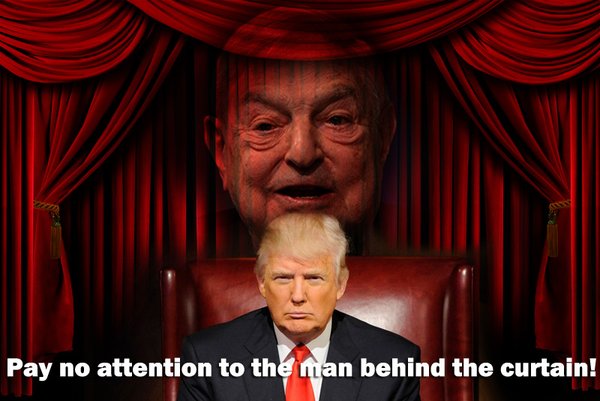 No media outlet which covered the deal put together the pieces and told the public that George Soros let Trump off the hook for a loan which has been valued at between $82 and $312 million dollars.

Why would Soros give what amounts to a massive debt relief to Trump during a financially successful period in Trump’s life? Are these men friends, enemies or business partners?

We have come across information related to a long and bizarre financial deal between Donald J. Trump, George Soros, Fortress Investment Group and Blackacre Capital, a deal discovered by following a specific on-going money trail and likely partnership between these entities.

In 2005, when Trump began financing the construction of the tallest residential tower on the North American continent the Trump International Hotel and Tower (Chicago), he needed more than just the basic loan he had received from Deutsche Bank. Trump needed a “mezzanine loan”, a loan which is far more expensive than a regular bank loan. This kind of loan needs to be paid off more quickly to avoid high interest payments. It also needs to be paid back in full to keep the lender from taking ownership of the underlying asset.

Soros along with Fortress and Blackacre came to Trump with just such a loan at a costly $160 million principal*. The The Wall Street Journal had valued the loan at as much as $360 million, depending on the length of time it accrued interest.

“Donald Trump Lined up three New York hedge funds, including money from billionaire George Soros, to invest $160 million in his Chicago skyscraper, a key piece in perhaps the largest construction financing in the city’s history, according to real estate sources and public documents… The massive financing, which sources say also will include a $650 million construction loan from Deutsche Bank…”

“A public loan document said that Trump could end up having to pay Fortress as much as $360 million, depending on how long the loan accrues interest. Combined with the Deutsche Bank senior loan, he would owe more than $1 billion in total.” “In Chicago, Trump Hits Headwinds” The Wall Street Journal – October 29, 2008

By October 2008, the tower was almost complete and Trump had sold nearly $600 million in condo and condo-hotel units, more than half of the total value of all units in the tower.

“So far, Mr. Trump has lined up buyers for a bit less than $600 million of condo units and condo-hotel units in a residential market that has virtually seized up… He has closed around $200 million in sales so far, with roughly $380 million still in contract.”

In 2012, Trump continued to owe money to his lenders but sales of his condominiums had picked up and his tower had a 69% occupancy rate. As Crain’s Chicago put it: “The region’s housing and condo market is still mired in a historic slump. But when it comes to buying and selling in Chicago’s high-end condo market, life is surprisingly good… Condominium owners at the $850 million Trump International Hotel & Tower and other newer top-end buildings have, more often than not, experienced value appreciation when they sold in recent years.”

While Trump was not yet making a profit on his tower, his sales and value appreciations were such that his building was generating significant revenue, more than enough revenue to pay back to his lenders large portions of his loans. As former New York real estate developer David Rose writes in his article “How to pay off a Skyscraper”:

“After a number of years have passed, several things are likely to have happened: 1) the mortgage has been significantly paid down; 2) the value of the underlying building has increased; and 3) the owner has waited for a time in the economic cycle where mortgage rates are low. At that point [they] will ‘refinance’ the original mortgage, and put the balance to work somewhere else where it can make even more money.”  “How Long Does It Take To Pay Off a Skyscraper?” Slate – July 12, 2012

Some how Trump did not have to worry about paying back the majority of his mezzanine loan. A special group of lenders came in and erased a significant portion of this obligation.

That group was the original mezzanine loan lenders: Soros, Fortress and Blackacre; all of whom decided to forgive Trump’s future interest payments on the loan, selling it to him at the massively reduced price of $48 million. To put that in starker terms, Soros and the others effectively gave Trump possibly hundreds of millions of dollars in debt forgiveness, while cutting down the principal of his loan by $82 million**.

Soros and the others forgave Trump as much as $312 million for no apparent reason.

“Donald Trump has paid $48 million to buy out junior creditors on his 92-story Chicago condominium and hotel project… The New York developer says he bought the debt, which had a face value of $130 million, back from a group of creditors led by Fortress Investment Group.” “Trump buys out tower creditors” Crain’s Chicago Business– March 28, 2012

This shows us that in 2012 Trump had already paid off most of the Deutsche Bank loan before Soros, etc. came in and wiped out most of his mezzainine debt. This raises the question, why wasn’t Trump expected by Soros, Fortress and Blackacre to pay back their riskier, high-interest mezzanine loan? Also, how was Trump able to pay down his Deutsche Bank loan – demonstrating the means to pay off all his loans – yet still have Soros and the others give him somewhere between $82 million and $312 million in debt forgiveness?

Additionally to that, why have we heard almost nothing about this gigantic giveaway to Trump? And why were Soros and Blackacre, two of the three main investors in the mezzanine loan, scrubbed from media’s coverage of the final debt forgiveness deal? What possible backroom agreements were made concerning this mezzanine loan?

As Trump is now a leading candidate for the presidency of the United States, the American public deserves to know the details behind this deal.

And indeed, not only was this deal made in a cloaked manner, it may have been the most generous amount of debt forgiveness ever given on a mezzanine loan to a borrower who was in good financial health and who had a steadily appreciating asset, as was Trump and his Chicago tower.

*Two articles quote the total for the mezzanine loan at $130 million, however due to the limited coverage of the deal we do not know at this time which is the true figure. 6 7

**Given the original figure of the $160 million principal, this would be an approximate $112 million giveaway on the loan’s principle to Trump