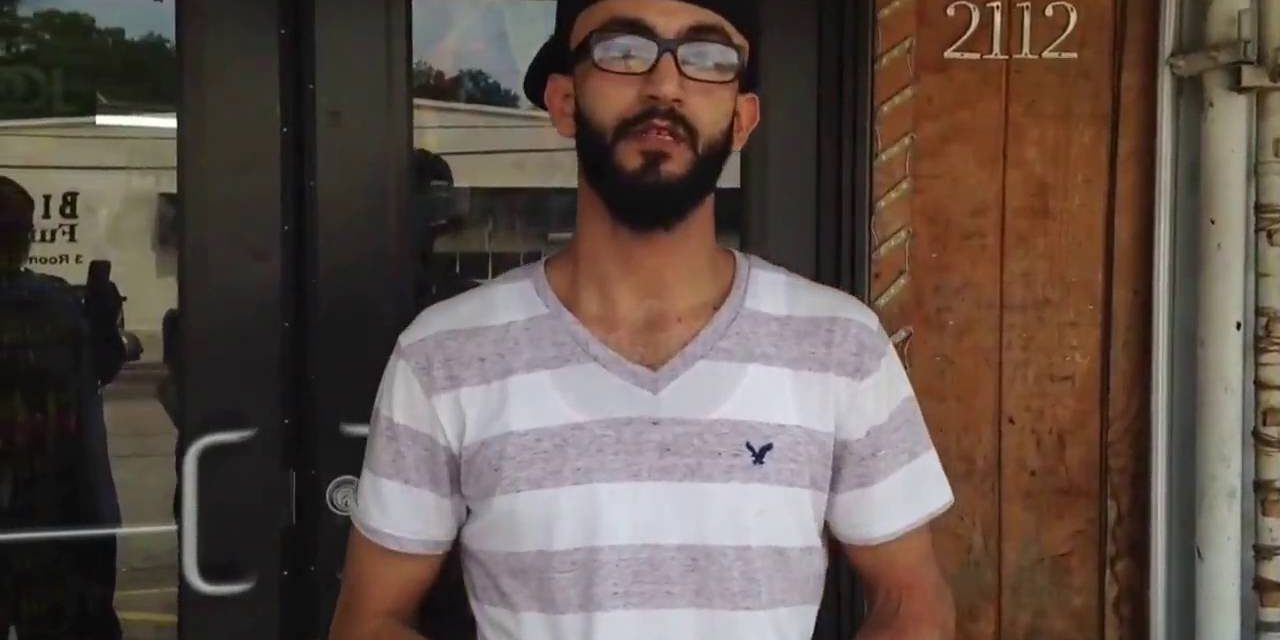 Alton Sterling Witness: Cops Took My Phone, My Surveillance Video, and Locked Me Up !

Abdullah Muhlafi says the Baton Rouge officer who killed a man selling CDs immediately ordered him to be detained and then stole footage of the slaying.

BA TON ROUGE, Louisiana The owner of the convenience store where Alton Sterling was killed last week by cops alleges in a lawsuit that police stole surveillance video from his shop, confiscated his cell phone, and locked him inside a car for the next four hours.

Abdullah Muhlafi, proprietor of the Triple S Mart, saw police confront and kill Sterling who was selling CDs with his permission in the front parking lot last Tuesday night. Muhlafi recorded part of the incident in footage he gave The Daily Beast last week that shows Sterling did not have a weapon in his hand when Officer Howie Lake shouted “gun!” and Officer Blane Salamoni fired six shots into his chest.

Muhlafi claims in a lawsuit filed Monday in Baton Rouge district court that after Salamoni killed Sterling, he immediately ordered two responding officers to confiscate the “entire store security system” and detain him.

“I told them I would like to be in the store when [they took it],” Muflahi told The Daily Beast, adding that he also demanded they get a warrant for the seizure of his private property.

Officers didn’t even file an application for a search warrant, The Daily Beast found last week. Nor did Muflahi sign a “Voluntary Consent to Search Form” with the Baton Rouge police.

After taking away Muhlafi’s cellphone — and the damning video on it — Lt. Robert Cook and Officer Timothy Ballard locked the him in the back of a police car for the next four hours, the lawsuit claims. The only time Muhlafi was let out was when he had to use the restroom.

“The officers would not allow Mr. Muflahi to use the restroom inside of his business establishment and he was escorted to the side of his building and forced to relieve himself right there within arm distance of a BPRD officer and in full view of the public,” the lawsuit states.

During the four hours inside a cop car and another two hours at police headquarters, Muhlafi was allegedly prevented from making a phone call to his family or an attorney.

Muhlafi is suing Salamoni, Lake, Cook, and Ballard as well as the City of Baton Rouge and police chief Carl Dabadi. The lawsuit seeks damages for “false arrest, false imprisonment, the illegal taking and seizing of his security system, illegally commandeering his business,” attorney Joel Porter told The Daily Beast on Monday.

It’s now unclear who has the hard drive, much less the video stored on it, though.

Last week, The Daily Beast attempted to acquire the video from the Baton Rouge Police Department. Brandi Lawrence, a lawyer from the department denied the request saying that she would not turn over documents from a “criminal investigation.” Lawrence then later suggested that Muhlafi’s hard drive had been turned over to the Federal Bureau of Investigation, which began looking into the case on the day after the shooting. Finally, Lawrence also refused to confirm or deny if a warrant existed.  Both the Baton Rouge clerk of court and district attorney’s office did not possess a warrant.

Louisiana Congressman Cedric Richmond told The Daily Beast that he had not seen the surveillance video, but he believed the public had a right to see them at some point.

“The question becomes the timing,” he said.

Gov. John Bel Edwards also hadn’t seen the video, and like Richmond, deferred to law enforcement on timing of their release.

Still, both Richmond and Edwards had concerns about how evidence was collected by police who were investigating themselves.

Edwards “believes all evidence should be collected in accordance with the law,” said spokesman Richard Carbo, although he wouldn’t comment on the specifics of the case, and again deferred to law enforcement on details.

“That’s why I had a strong push for feds to come in,” Richmond said. “I think the public has a right to know under what authority the tapes were seized.”

“As previously announced at our press conference… our office will not be making any further comments on this matter,” said spokesman Scott Dyer.  Holden has been criticized for having not spoken to Sterling’s family yet and for spending several days in Washington, D.C. after the shooting, lobbying for transportation funding.

Protests over Sterling’s killing have been escalating over the past few days, with 48 people arrested on Sunday and more than 100 arrested on Saturday. More protests are planned for Monday with no signs of letting up.