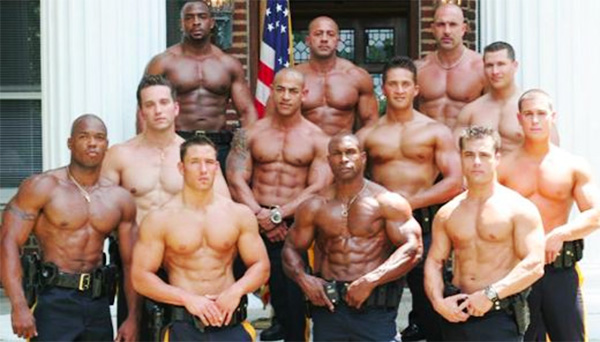 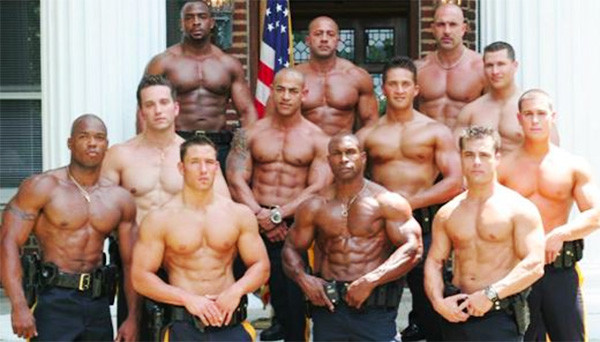 Police departments all over the world have physical fitness requirements for new recruits. Their argument is that strength and fitness are necessary for the job of policing. But as time goes on, the standards for officers keeping in shape are usually not maintained, making it curious why the standards were put in place at all for new officers. But over the past decade, an increasing number of officers – even seasoned ones – have been doing a lot more than keeping in shape on the job… they have been getting pretty huge. Now some people are wondering if there could be a connection between this and incidences of police brutality and violence happening all over the United States.

Steroid use among officers could account for the side effect of “roid rage” so common with abnormally high levels of testosterone.

In one case, Susan Donaldson James of ABC News spoke with a six-year veteran of a Pennsylvania police force “patrolling an area encroached upon by urban crime.”

Matthew and his partner said that they “struggled for nearly seven minutes to subdue the crazed youth, who was high on PCP and had another officer in a head lock.”

It was shortly after that close call, that Matthew turned to illegal anabolic steroids “for both strength and self-esteem,” he said.

But this is far from an isolated incident. “According to law enforcement experts, Matthew is the prototypical steroid user — in his 30s, white and worried about competing. In Matthew’s case, he was trying to stay on top of a job that constantly forced him to face younger and stronger criminals.”

“I look back on that and other scuffles, and I was not nearly as tough and strong as I once was,” Matthew said.

“It scared me to think how easily things could go wrong,” he continued.. “I kept thinking I am only getting older, and the criminals will always be young. I was looking for an edge.”

Police departments say they are investigating the growing number of incidents involving uniformed police officers using steroids – and their connections to incidences of police brutality.

Steroid abuse has been associated with several brutality cases. On particularly disturbing example was the 1997 sodomizing of Haitian immigrant Abner Louima in New York City.

Without a prescription, the use of anabolic steroids is illegal. Listed as a Schedule III substance along with morphine, opium and barbiturates, they can be just as psychologically addictive and dangerous.

A common side effect of steroid use is violent, aggressive behavior that can contribute to poor judgment and even police brutality, according to medical experts.

James reports that Gene Sanders, a Spokane, Washington police psychologist, says that nearly 25 percent of all police officers in urban settings with gangs and high crime use steroids. That’s one in four officers you see downtown – they’re using steroids.

Is it any wonder why they are so aggressive?

Yet police officers are refusing drug tests, claiming that they are “unconstitutional.” Can you imagine why?

“How do I deal with people who are in better shape than me and want to kill me?” Sanders said.

Sanders worked as a street cop in Los Angeles back in the 1970s. He said steroid use by cops soared since the 1990s.

“Steroid use is on the rise, and not just among weight lifters and other athletes. An estimated 2.7 percent of all high school seniors have used steroids at least once, according to the National Institute on Drug Abuse, many of them women,” James reports.

Of those 2.7 percent, many are athletes.

One former officer we spoke with said that he comes from a family of police officers, going back to his grandfather. He eventually retired from the force in his 30s after becoming disillusioned with the job.

He told us that “cops hire cops who are like cops.” He said that means that more than anything else, the police want to hire people who they can get along with, talk about common interests with, and have a drink with.

When we asked him what sort of interests, his answer was simple: “football.”

“Most of us played in high school. Many were like me – real hot shots who just wanted to chase people and tackle them. When someone comes into an interview with a force, they are going to be asked about their interests, hobbies, if they played sports in school,” he continued. “If the answer leads to some light discussion about football, you can bet that guy will get the job over someone who was in the chess club.”

But officers who may have tried steroids while on a team in school don’t say that they want to use the substances. They claim they “must” to “survive.”

This fear, Sanders says is in many cases “imagined on the part of the officers involved: fear, anxiety, wanting to do a better job.”

Typically, he said, departments “turn a blind eye,” to steroid use.

The International Association of Police Chiefs Association has so far refused to return any calls for comment on this issue.

But Ruthie DiTucci commented on The Morning Brew radio show that heads of police unions support steroid use among officer who chose to use it, “so they’ll have the upper hand.”

Matthew claimed that “maybe I was a little edgier. The kids got me upset a little more and I was less tolerant, but never to the point where I would physically do anyone harm.”

Maybe. But that degree of self control on steroids clearly does not extend to all officers who abuse the substances.

“They can go from being calm and collected to raging bulls,” Sanders explained. “There is also a subcategory of these folks like the crazy Vietnam veteran. They think that if they appear crazy, people will back off.”

“When they are used in excess, the individual crosses the line from adding muscle mass to rage or aggression or suicide,” Dr. Robert S. Gotlin, director of orthopedic and sports rehabilitation at Beth Israel Medical Center in New York City explained. “Suppose that person is carrying a gun.”