Politico EXPOSED For Lazy Hit Piece On Real News, We Are Change 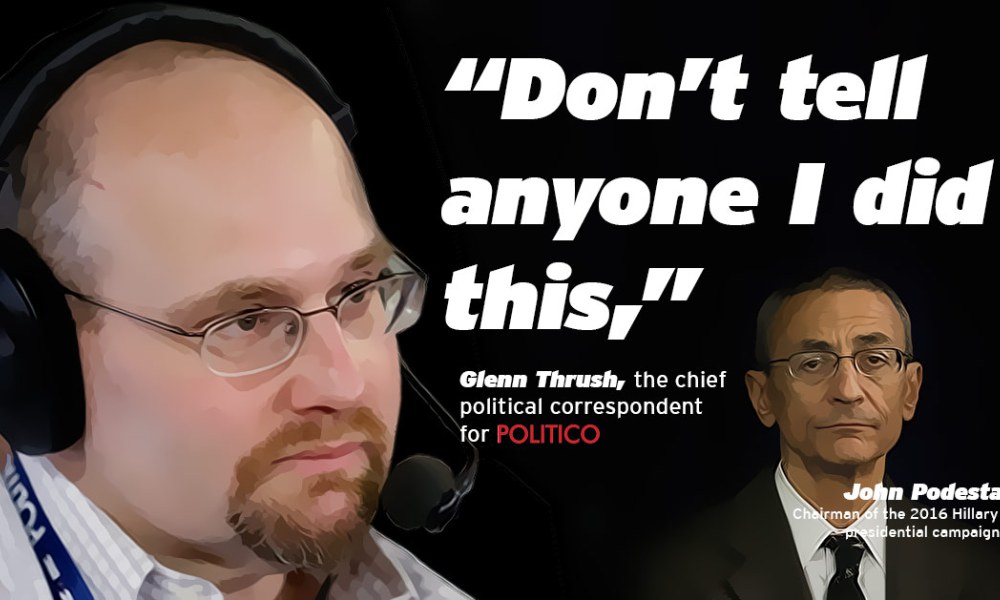 [Written by Rachel Blevins]
Luke Rudkowski’s response to the latest Politico hitpiece:
This sorry excuse for a story is one of those that puts the “lame” in the lamestream media, and it attempted to call out both me and WeAreChange.org, saying that we spread “fake news.” In reality, Simon Van Zuylen-Wood’s “This is What It’s Like to Read Fake News for Two Weeks” reads like the diary of a New York Hipster who is bitching and moaning because his echo-chamber has burst and he is trying to cope outside of his safe space.
There is one initial point Simon makes that I agree with, when he writes, “My working theory was that you can learn a lot about a fake news adherent from the company he keeps—especially on social media, where it’s possible to create bespoke echo chambers.” But the agreement stops there.
Alright, you say you spent TWO WEEKS investigating “fake news” and then you bring my name into it, so I want to know—what do you have on me? After investigating me, what is the worst thing you found?
“I scanned my feed to determine who was right. Cernovich was mostly doing Pizzagate coverage but also recommended I return to www.wearechange.org, where a contributor named @LukeWeAreChange was narrating developments in Syria,” Simon wrote. “Luke was filming himself at his desk, where he addressed the dichotomy head on. ‘With Assad having victory, the west and the mainstream media are freaking out in full hysteria,’ he told his viewers. ‘A lot of biased information meant to emotionally manipulate you.’”
He then went on to writer that I said, “You’re not getting this side of the story by the American mainstream media.” Uh yeah… BECAUSE YOU’RE NOT!
You had two weeks, and this is the worst thing you could find on me? I gave both sides of the story. I showed you a source from an American mainstream media article, and I showed you what someone on the ground reporting from a different point of view and what they’re telling their audience.
That is what journalism is! You present multiple sides, and you let the audience decide for themselves! You actually take the time to investigate, and then you source the information—as we do on our YouTube channel and website.
What Simon did was nitpick information and sources in order to make the claims he listed in his story, and he didn’t even address, investigate or debunk them. All he did was bitch and complain about them. He then hints at censorship he would like to see that doesn’t hurt his own personal bias.
“Watchdogs published lists of websites to disbelieve,”  Simon wrote — OK… You mean that fake “watchdog” website Propornot that was promoted by the Washington Post before they were forced to place an “editor’s note” on their story admitting that Propornot was not a credible source???
Simon then wrote that he “watched and tried to imagine what was going through the mind of the man who sees the world through faux-tinted glasses.” — He might as well have been talking about himself. In his “attempt” to break through the barrier of his own echo chamber, he is only calling for more censorship on the people who do not fit into his liberal safe space.
If Simon Van Zuylen-Wood really wanted to get to the bottom of fake news, he wouldn’t be writing for a news organization that has supported a chief political correspondent like Glenn Thrush, who identified himself as a “hack” when he was submitting stories about Hillary Clinton to her campaign—before submitting them to his own editors.
Just to clear things up for people like Simon…. I am not left. I am not right. I call things like I see them. There is a reason Bill O’Reilly called We Are Change “Jihad-loving liberals,” and Chris Matthews attacked us as “Right-wing racist tea-baggers.” We call out the establishment when it needs to be called out. That is the true dichotomy that we’re facing here. Establishment vs. non-establishment.
If you want stay up to date with WeAreChange, and you want to learn more about how you can truly become the change you want to see in the world, check out or website and sign up for our newsletter!
You can also access exclusive content from We Are Change by contributing monthly to our Patreon.
Check us out on social media:
FACEBOOK: https://facebook.com/LukeWeAreChange
TWITTER: https://twitter.com/Lukewearechange
INSTAGRAM: https://instagram.com/lukewearechange
STEEMIT: https://steemit.com/@lukewearechange
SNAPCHAT: LukeWeAreChange
We take BITCOIN too: 12HdLgeeuA87t2JU8m4tbRo247Yj5u2TVP