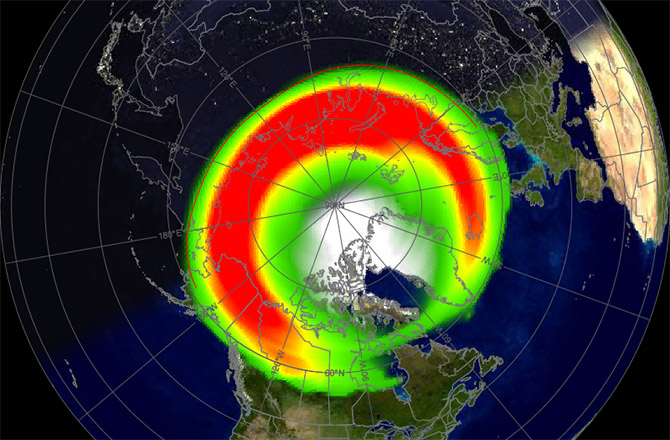 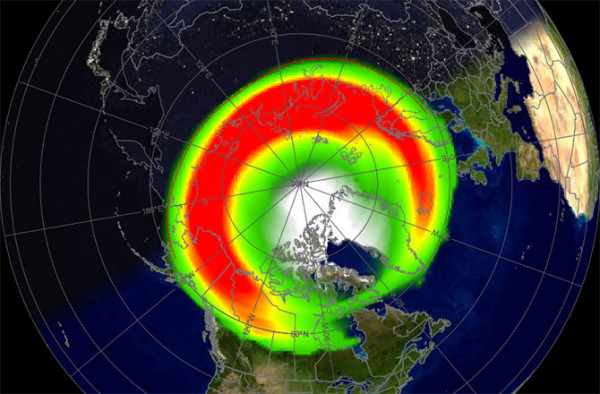 The most powerful solar storm of the current solar cycle is currently reverberating around the globe.

Initially triggered by the impact of a coronal mass ejection (CME) hitting our planet’s magnetosphere, a relatively mild geomagnetic storm erupted at around 04:30 UT (12:30 a.m. EDT), but it has since ramped-up to an impressive G4-class geomagnetic storm, priming high latitudes for some bright auroral displays.
When strong auroral activity started brightening the skies early this morning over Alaska, speaking with Spaceweather.com photographer Marketa Murray said: “The auroras were insane. I have never seen anything like this.”

Launched from the sun on Sunday, a large Earth-directed CME has reached Earth faster than expected. We’ve seen an uptick in solar activity in recent days, culminating in the first X-class flare of 2015 last week. But the impact of this CME has taken space weather scientists by surprise, an indication that the CME was “geoeffective.”

Wrapped in a powerful magnetic field, CMEs consist of huge bubbles of energized gas from the sun’s superheated corona (the solar atmosphere). The speed at which the CME travels into interplanetary space and the alighnment of its magnetic field can severely influence that CME’s impact on Earth’s magnetic field.