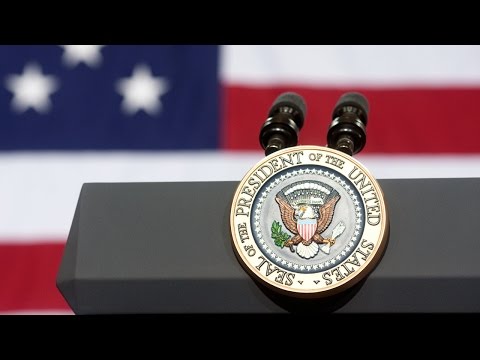 President Donald Trump held his first meeting with German Chancellor Angela Merkel at the White House on Friday, and staged a joint press conference you can watch live below.

The conference was set to start at 1:20 P.M. EST but has been delayed for unknown reasons.

The two leaders both described their “working lunch” meeting as “very good,” and when asked by reporters if they discussed NATO, Trump responded that they “discussed many things.”

Despite the meeting being described as “very good” President Trump refused to shake Merkel’s hand the DailyWire reported.

During his presidential campaign, Trump harshly criticized Merkel for her liberal policies on accepting refugees, saying that she is “ruining Germany.” As well as previously criticized NATO calling the alliance “obsolete.”

It was expected that the two would also discuss Russia.

“The president will be very interested in hearing the chancellor’s views on her experience interacting with Putin,” a senior administration official told reporters.

The meeting was originally scheduled to take place on Tuesday but was postponed due to the snowstorm Stella that hit the east coast. It was Merkel’s first visit to the U.S. in two years.

The press conference began around 2:10 P.M. EST. President Trump opened up speaking about the meeting that him and Merkel had. He expressed that a “stronger America is better for the world.”

Merkel said that it was a “pleasure to be at the white house and speak with President Donald Trump.”

[RELATED: ‘We Have Something in Common’: Trump Jokes With Merkel About Obama Wiretapping (VIDEO)]