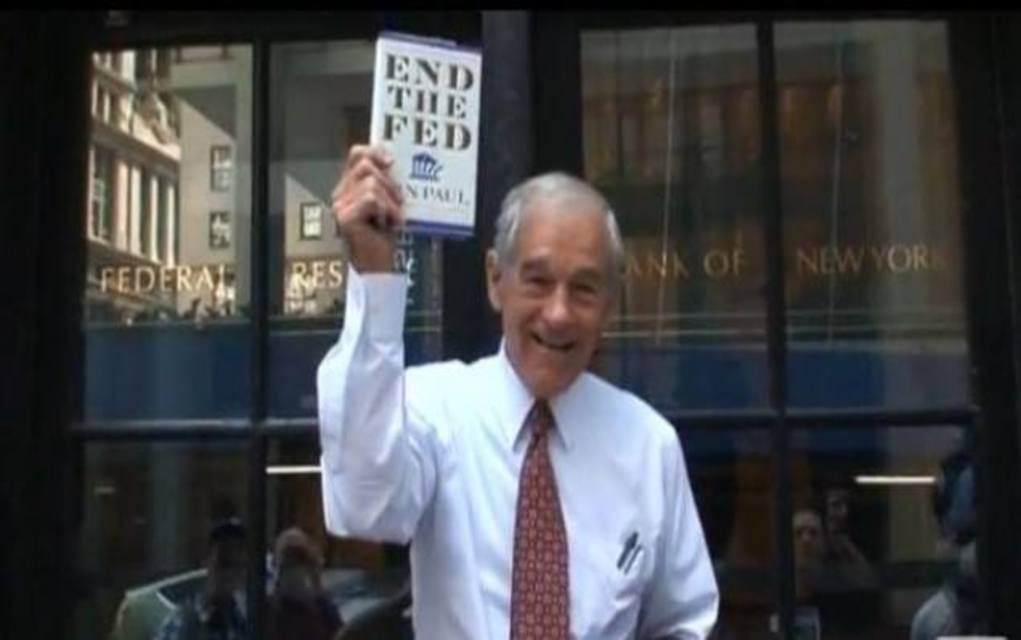 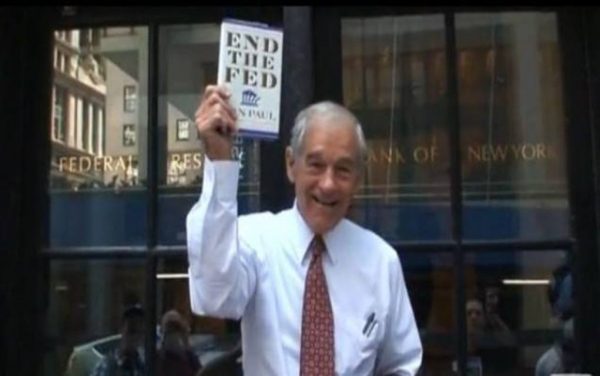 Will the leading critic of the Federal Reserve become a member of its Board of Directors under President Trump?

The “Campaign for Liberty” organization, founded by Ron Paul, is trying to secure the former Congressman’s spot on the board, according to Sam Stein, a senior politics editor for the Huffington Post.

Ron Paul’s group, Campaign for Liberty, is pushing to get Ron Paul nominated to the U.S. Federal Reserve's Board of Governors

If it is true, and it happens, this move would be historic. Paul has always been a proponent of auditing the Federal Reserve, even going as far as to call it a massive fraud on the American people. He has consistently argued for transparency from the central bank for years.

If Trump chooses Paul to sit on the Federal Reserve board, it would be a huge move and would indicate that Trump might want to clean up the “swamp,” despite recently filling it with several of his cabinet picks from Goldman Sachs (i.e. Steven Bannon as lead whitehouse advisor, Steven Mnuchin as his Treasury Secretary and Goldman Sach’s own president Gary Cohn as his National Economic Council Director)

Last week, during an appearance on Fox News, Paul said, “We do not work on a free-market principle, we do not have sound money, it’s all manipulated.”

“Prices are going to go up and the money’s going to be so bent according to political reasons and not because of business decisions, so we want the government out of it,” Paul said. “We want people to save money, create capital, but capital cannot come from the Federal Reserve working with a computer, that’s the fallacy and that’s why zero rates of interest didn’t work because they weren’t realistic.”

The federal reserve was illegally signed into law by a select few members of congress on Christmas Eve in 1913, and was planned in secrecy in 1910 on Jekyl Island.

Woodrow Wilson then signed the Federal Reserve Act. After which, he said his famous quote about ruining his country:

“I am a most unhappy man. I have unwittingly ruined my country. A great industrial nation is controlled by its system of credit. Our system of credit is concentrated. The growth of the nation, therefore, and all our activities are in the hands of a few men. We have come to be one of the worst ruled, one of the most completely controlled and dominated governments in the civilized world. No longer a government by free opinion, no longer a government by conviction and the vote of the majority, but a government by the opinion and duress of a small group of dominant men.”
~ Woodrow Wilson

It was further solidified by President Franklin D. Roosevelt, who began taking the U.S. off of the gold standard by confiscating gold in 1933.

President Richard Nixon then finalized it by signing us out of the Bretton Woods International Monetary System and ending the dollars convertibility to gold.

Several politicians, presidents and prominent officials spoke out about the banks, but we didn’t listen. Here are just a few quote:

“Most Americans have no real understanding of the operation of the international money lenders. The accounts of the Federal Reserve System have never been audited. It operates outside the control of Congress and manipulates the credit of the United States.” ~ Sen. Barry Goldwater

“It is well that the people of the nation do not understand our banking and monetary system, for if they did, I believe there would be a revolution before tomorrow morning.” ~ Henry Ford

“The Federal Reserve banks are one of the most corrupt institutions the world has ever seen. There is not a man within the sound of my voice who does not know that this nation is run by the International bankers.” ~ Congressman Louis T. McFadden

“The real truth of the matter is, as you and I know, that a financial element in the large centers has owned the government of the U.S. since the days of Andrew Jackson.” ~ Franklin Delano Roosevelt

“This [Federal Reserve Act] establishes the most gigantic trust on earth. When the President Wilson signs this bill, the invisible government of the monetary power will be legalized….the worst legislative crime of the ages is perpetrated by this banking and currency bill.” ~ Charles A. Lindbergh, Sr. , 1913

“We have, in this country, one of the most corrupt institutions the world has ever known. I refer to the Federal Reserve Board. This evil institution has impoverished the people of the United States and has practically bankrupted our government. It has done this through the corrupt practices of the moneyed vultures who control it.” ~ Congressman Louis T. McFadden in 1932

“While boasting of our noble deeds were careful to conceal the ugly fact that by an iniquitous money system we have nationalized a system of oppression which, though more refined, is not less cruel than the old system of chattel slavery.” ~ Horace Greeley

“The financial system has been turned over to the Federal Reserve Board. That Board administers the finance system by authority of a purely profiteering group. The system is Private, conducted for the sole purpose of obtaining the greatest possible profits from the use of other people’s money” ~ Charles A. Lindbergh Sr., 1923

“Bankers own the earth. Take it away from them, but leave them the power to create money and control credit, and with a flick of a pen they will create enough to buy it back.” ~ Sir Josiah Stamp, former President, Bank of England

“All the perplexities, confusion and distress in America arise, not from defects in their Constitution or Confederation, not from want of honor or virtue, so much as from the downright ignorance of the nature of coin, credit and circulation.” ~ John Adams

“Whoever controls the volume of money in any country is absolute master of all industry and commerce.” ~ James A. Garfield, President of the United States

“History records that the money changers have used every form of abuse, intrigue, deceit, and violent means possible to maintain their control over governments by controlling money and it’s issuance.” ~ James Madison

“I believe that banking institutions are more dangerous to our liberties than standing armies. Already they have raised up a monied aristocracy that has set the government at defiance. The issuing power (of money) should be taken away from the banks and restored to the people to whom it properly belongs.” ~ Thomas Jefferson

“The money powers prey upon the nation in times of peace and conspire against it in times of adversity. It is more despotic than a monarchy, more insolent than autocracy, and more selfish than bureaucracy. It denounces as public enemies all who question its methods or throw light upon its crimes. I have two great enemies, the Southern Army in front of me and the bankers in the rear. Of the two, the one at my rear is my greatest foe.” ~ Abraham Lincoln

If Trump truly wants to “Make America Great Again,” he will appoint Ron Paul on the Federal Reserve’s Board of Governors.