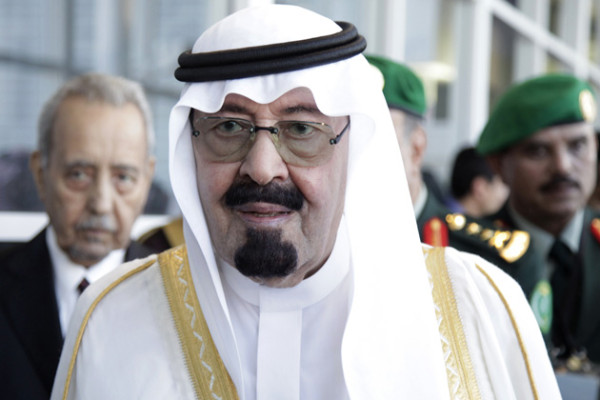 Saudi Arabia has warned its citizens not to read the trove of diplomatic documents that were released on Friday by WikiLeaks.

WikiLeaks has already posted around 60,000 Saudi diplomatic cables, and the organization released a statement saying it plans to release up to half a million more.

“The Saudi Cables provide key insights into the Kingdom’s operations and how it has managed its alliances and consolidated its position as a regional Middle East superpower, including through bribing and co-opting key individuals and institutions,” the WikiLeaks statement said.

On Saturday, Saudi officials from the government’s Foreign Ministry announced on Twitter that an investigation into the release of the cables is ongoing. Saudi Foreign Ministry spokesman Osama Nugali said Sunday that citizens should not “allow enemies of the state to achieve their intentions in regards to exchanging or publishing any documents,” according to the Guardian. Nugali also claimed some of the documents had been “fabricated in a very obvious manner.”

Related: A Radical Imam, His Alleged CIA Kidnapper, and Their 10-Year Hunt for Justice

According to WikiLeaks a large number of the cables include “email communications between the Ministry of Foreign Affairs and foreign entities.” The leak has already caused headaches for the Saudi government.

One document reportedly revealed that Saudi leaders were considering paying $10 billion in order to have the deposed Egyptian president Hosni Mubarak released from prison, according to the Guardian. Other cables revealed the ways that the government tracked Iranian activity in the region, according to the Associated Press. A main goal appeared to be undermining the interests of the Iranian government, and one memo even floated the idea of using social media to publicize the “frustration of the Iranian citizen and his strong desire for regime change.”

Other memos reportedly show how Saudi government officials aimed to control stories about their actions. One memo reportedly suggested telling an Arab satellite company to take an Iranian news organization off the air, according to the New York Times. Some documents reportedly showed that the Saudi Ministry of Culture gave large amounts of money to prominent Arab-language media outlets in Australia, according to the Sydney Morning Herald.

Related: Meet the Saudi Sheikh Who Joined, Then Quit, the Islamic State

The Saudis also seemed concerned about US interests in Iran, with a 2012 memo reportedly stating that Iran was getting “flirting American messages,” and that the US would accept a peaceful Iranian nuclear program. Another memo, reportedly marked “top secret,” alleges that Iranian fighter jets bombed South Sudanese forces during a 2012 standoff over an oil-rich area.

While it’s unclear how the cables were acquired, a group called the Yemen Cyber Army reportedly hacked into the Saudi government computer networks last month, according to the Guardian.

The Associated Press contributed to this report.