Sebelius’ Parting Words: ‘And Unfortunately, a Page Is Missing’ 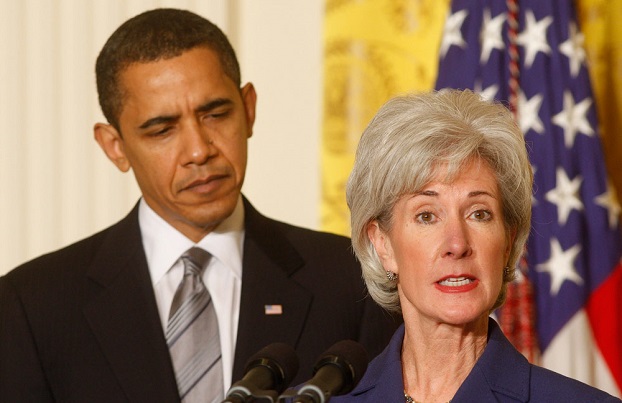 Outgoing Health and Human Services Secretary Kathleen Sebelius officially announced her resignation Friday, but just like the glitches that plagued the federal website for Obamacare – healthcare.gov – which she was responsible for, Sebelius experienced a glitch of her own when the last page of her speech went missing.“So the personal reward for me at the end of the day are the folks who approach me, the strangers who approach me at a meeting or pass me a note on a plane or hand me a phone with someone on the other end saying thank you. Their stories are so heartening about finally feeling secure and knowing they can take care of themselves and their families. Unfortunately, a page is missing,” she said after a long pause.

Sebelius continued her speech by expressing her gratitude “for having had this wonderful opportunity.”