Shoes That Grow: A Solution For Millions Of Poverty-Stricken Children 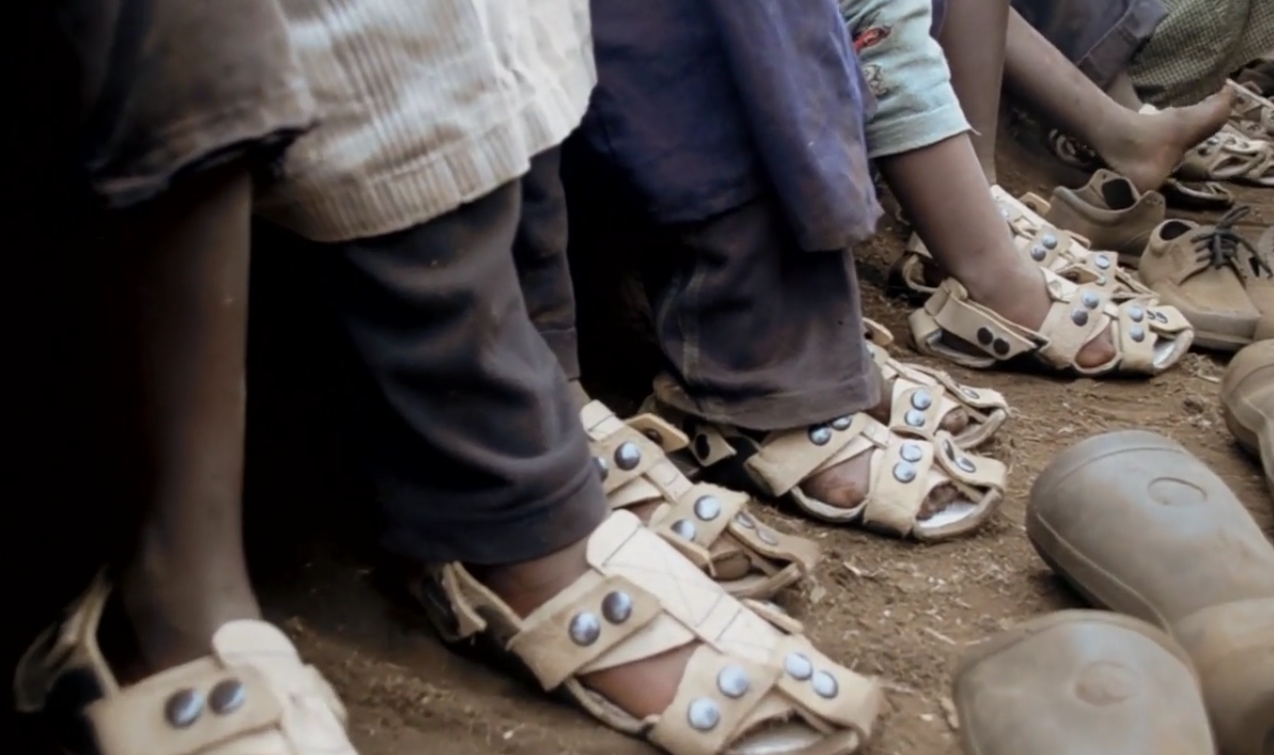 In 2007, Kenton Lee was walking through Nairobi, Kenya (Africa) when he noticed that not only were children cutting the toes off their shoes to make them fit, the majority of them did not have any shoes at all. There to work with 140 orphaned children affected by AIDs/HIV, he felt desperately that some sort of solution was needed for both of these concerns.

When Kenton talked to the orphanage director, he was advised that they did not receive shoe donations from the U.S. Clearly, such a solution would not be sustainable either, as the shoes for the growing children’s feet would only fit six months before they became too small.

Frustrated by the issue presented, Lee began to think, “Why are we donating things that don’t make sense for these kids? Why are we still doing the same old thing if it doesn’t work as well as it needs to? Can’t we do this a better way?”

These questions prompted Lee to found an organization called Because International. The team’s intent is to work together with those who are living in extreme poverty, listen to what they say, and then help to turn their dreams into a reality.

Before long, Lee came up with the brilliant concept of a shoe that was adjustable and could last for approximately 10 years. The idea manifested into a product called ‘The Shoe That Grows’. Two adjustable shoe creations have now been invented, one size small, and one size large. The first will adjust to fit from pre-school to approximately grade four or five, and the second fits from grades four or five to approximately grade nine. This means that with just TWO pairs of shoes, these children can have dependable footwear throughout their entire school career.

The quest to ensure children have a pair of shoes is not only an issue for comfort, it is a health concern too. Worldwide, over two billion people suffer from soil-transmitted parasites and diseases, therefore these shoes will protect the children’s feet in more ways than one. The new design also offers better protection than a regular pair of shoes due to their innovative design and concept.

Because the shoes are designed to easily compress, they can easily ship overseas for very cheap. A pair of 50 shoes, for example, can fit in one suitcase on an airplane.

The organization has presently set up a funding campaign and are now ready to process their largest order for 5,000 pairs of shoes which will be delivered by missionary and church groups this summer.

To donate one pair of shoes costs only $10, and the organization has set up a very simple process so that it only takes a moment to place an order and support this cause. The donated shoes will then be assigned to a duffel bag, which will be sent around the world to children in need.

For more information, please visit (and support) both The Shoe That Grows and Because International to help supply the world with much-needed footwear.