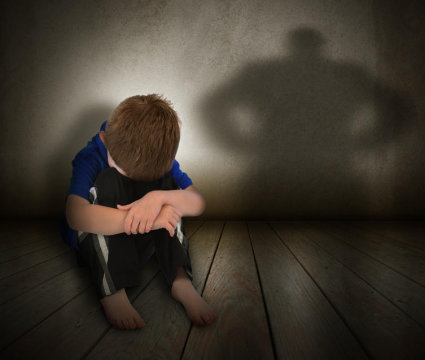 Harsh punishment such as spanking has been shown to slow cognitive development and increase antisocial and criminal behavior.
Credit: © HaywireMedia / Fotolia

A new book by Murray Straus, founder and co-director of the Family Research Lab and professor emeritus of sociology at the University of New Hampshire, brings together more than four decades of research that makes the definitive case against spanking, including how it slows cognitive development and increases antisocial and criminal behavior.

“The Primordial Violence” (Routledge, 2013) shows that the reasons parents hit those they love includes a lot more than just correcting misbehavior. It provides evidence on the effect spanking has on children, and what can be done to end it. The book features longitudinal data from more than 7,000 U.S. families as well as results from a 32-nation study and presents the latest research on the extent to which spanking is used in different cultures and the subsequent effects of its use on children and on society.

“Research shows that spanking corrects misbehavior. But it also shows that spanking does not work better than other modes of correction, such as time out, explaining, and depriving a child of privileges. Moreover, the research clearly shows that the gains from spanking come at a big cost. These include weakening the tie between children and parents and increasing the probability that the child will hit other children and their parents, and as adults, hit a dating or marital partner. Spanking also slows down mental development and lowers the probability of a child doing well in school,” Straus says.

“More than 100 studies have detailed these side effects of spanking, with more than 90 percent agreement among them. There is probably no other aspect of parenting and child behavior where the results are so consistent,” he says.

The authors, who include Emily Douglas, associate professor of social work at Bridgewater State University, and Rose Anne Medeiros, a quantitative methodologist at Rice University, argue for policy changes that can bring about a total end to spanking, including “never spank” public service announcements, a health warning to go along with birth certificates, and help for parents having problems with their child. Policy and practical implications are explored in most chapters. “The Primordial Violence” highlights include:

• The benefits of avoiding spanking, such as the development of better interpersonal skills and higher academic achievement.

• The link between spanking and behavioral problems and crime.

• The extent to which spanking is declining and why most parents continue to spank, despite the unusually high level of agreement between numerous studies that found harmful effects from spanking.

Straus has a suggestion for the holidays. “If you are looking for gift that will increase your child’s chances for a happy and healthful life, including a good job and a violence-free marriage, the evidence in this book suggests it would be promising yourself to never spank. Better yet, tell your kids about that promise. It is likely to increase their respect and love for you, and they will also help you stick to it.”

“More than 20 nations now prohibit spanking by parents. There is an emerging consensus that this is a fundamental human right for children. The United Nations is asking all nations to prohibit spanking. Never spanking will not only reduce the risk of delinquency and mental health problems, it also will bring to children the right to be free of physical attacks in the name of discipline, just as wives gained that human right a century and a quarter ago,” Straus says.

Widely considered the foremost researcher in his field, Straus has studied spanking by large and representative samples of American parents since 1969. He has received numerous honors and awards for his research, including Life Fellow of the International Society for Research in Aggression, and fellow of the American Association for the Advancement of Science.

Straus has been president of three scientific societies, including the National Council on Family Relations, and he has been an advisor to the National Institutes of Health and the National Science Foundation. He is the author or co-author of more than 200 research articles and 15 books, including “Beating the Devil Out of Them: Corporal Punishment In American Families and Its Effects On Children” (2nd edition, Transaction, 2001). Much of his research on spanking can be downloaded from http://pubpages.unh.edu/~mas2.

The above story is based on materials provided by University of New Hampshire.