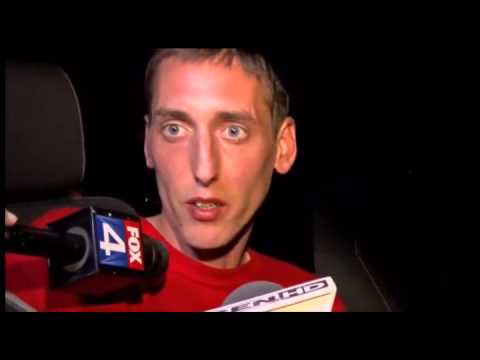 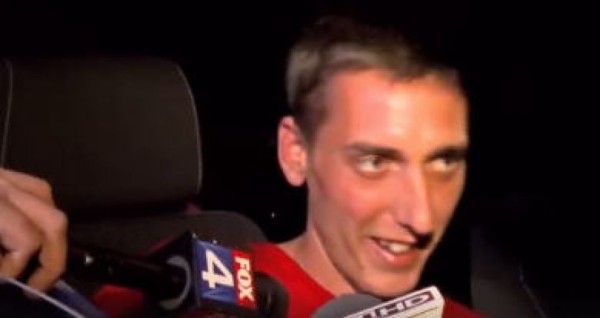 Jonathan Davis, 26, was arrested near Waco Feb. 11, 2016, after leading authorities on a high-speed chase through five counties. He told KCEN-TV that he was “Snap chattin’ and Instagrammin’ ” during the chase.

A man who offered various explanations for why up to 30 patrol cars were pursuing him remained in jail Monday after leading police on a high-speed chase through five counties.
Jonathan Davis, 26, reportedly from Hendersonville, Tenn., was arrested Thursday just north of Waco after police used spike strips to flatten two tires on his silver Mazda sedan, according to KWTX-TV.
The southbound chase started in Rockwall County with a traffic stop for a license plate light that was out, KRHD-TV reported.
“I’m done with people trying to take my freedom because I smoke weed,” Davis told a reporter from KCEN-TV. “You drink. It’s 10 times worse.”
Davis, interviewed in a patrol car, acknowledged that he was arrested with marijuana but also said, “I’m thinking (the chase was because) I was on my iPad, to change music. They didn’t tell me.”
During the interview, Davis laughed about being on Snapchat and Instagram during the pursuit.
According to KCEN, the crash ended when Davis crashed his car into a median near Exit 339 of Interstate 35E.
WFAA-TV reported that it also took some gunshots to stop Davis’ speeding car at about 10:10 p.m. Thursday, after spike strips blew out two tires and he continued driving until officers shot out the other two. That brought a halt to the 90-minute pursuit through Rockwall, Dallas, Ellis, Hill and McLennan Counties, the station said.
WFAA reported that Davis threw drugs out of the car and “repeatedly drove the wrong way” on the Interstate and frontage roads.
McLennan County Sheriff Parnell McNamara told reporters that Davis’ reckless driving put a lot of people in danger.
According to online McLennan County records, Davis is charged with evading arrested with a vehicle, possession of a controlled substance, possession of marijuana, driving while intoxicated (second offense) and possessing a prohibited substance in a correctional facility. His bail totals $42,000.