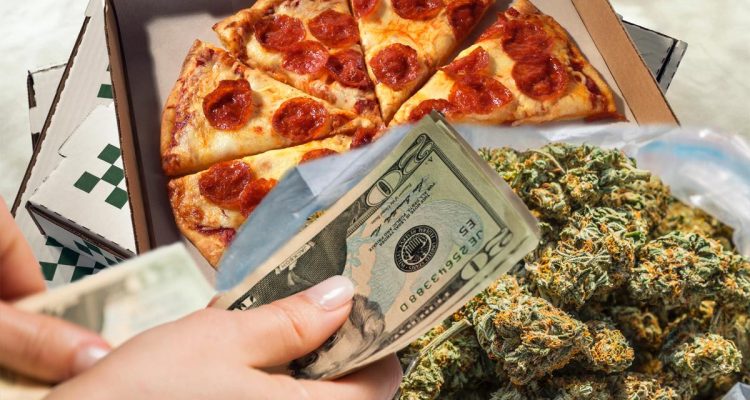 Colorado brought a milestone to the recreational marijuana industry with the beginning of legalization, and now Oregon is taking it a step further with marijuana home delivery.

Customers in Oregon may now purchase from licensed retailers and can have marijuana delivered to their homes within their cities, KGW reported.

The Oregon Liquor Control Commission has granted delivery permits to 117 retailers across Oregon, including 13 in Portland.

However, there are some regulations and restrictions that the retailers need to follow, including—marijuana retailers can only deliver within the city they’re licensed in, they must keep records of their deliveries and they must transport the product in a locked box.

They can carry no more than $3,000 worth of product and retailers can’t deliver products to motels, campgrounds or dorms, only residential homes. The OLCC also requires that customers are at least 21 years old, as is the case with the sale of tobacco.

In other words, soon the citizens of Oregon will be able to dial their local marijuana dispensary and say “I want one pound of your strongest weed, please.”

While others who need it for medical purposes, such as people with severe cases of Parkinson’s disease, will be given easier access to the medicine that helps them function.

This serves as another indicator that Big Pharma’s nightmare is coming true, and Americans are depending less on the pharmaceutical industry and more on medical marijuana as an alternative to prescription medication.

This is causing a drop in painkiller deaths by 25 percent in states with legalized medical marijuana, according to a study by the American Medical Association.

Cannabis compounds tetrahydrocannabinol (THC) has even shown promise in protecting the brain from Alzheimers and health practitioners have found 100 other conclusions for health use.

Marijuana is a natural plant that can’t be patented, unlike chemical-made synthetic tablets. Marijuana can be used to treat chronic pain, depression and anxiety. This may be why more are choosing to toke and smoke the herb, and less are choosing to swallow pills.

Already,  28 states and the nation’s capital have legalized marijuana for at least medical purposes with many more planned to vote this year.

With Oregon purposing home delivery home many more states that have legalized recreational use of marijuana will follow with the innovative new business? Was this legalized to fight illegal drug dealers let us know your thoughts in the comment section below.