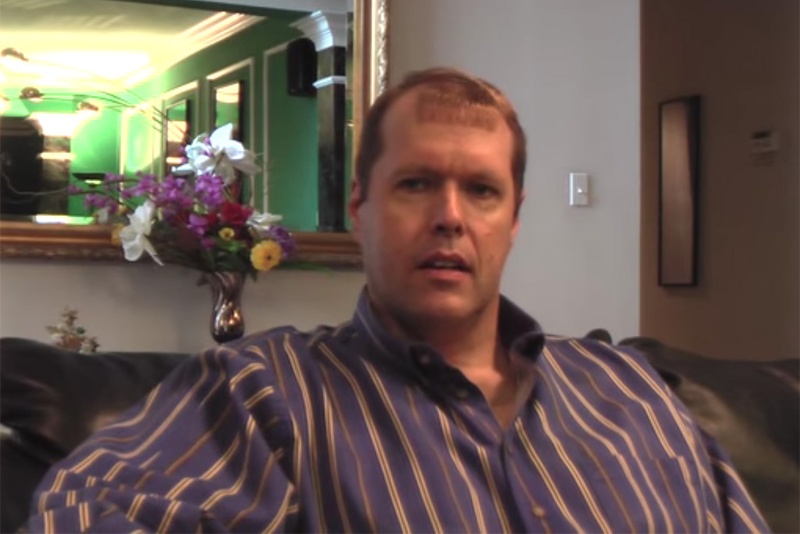 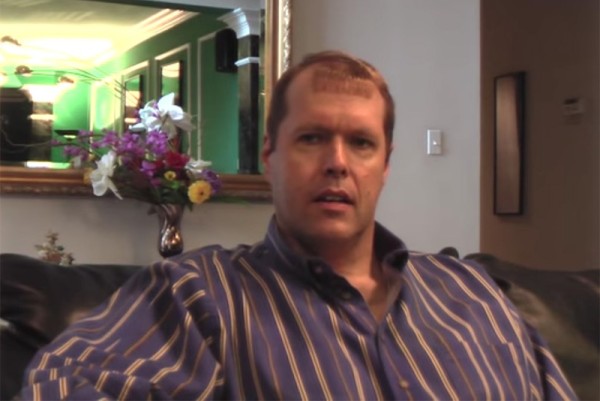 The newly elected chair of the Republican Party in the county that includes the Texas Capitol spent most of election night tweeting about former Gov. Rick Perry’s sexual orientation and former President Bill Clinton’s penis, and insisting that members of the Bush family should be in jail.

He also found time to call Hillary Clinton an “angry bull dyke” and accuse his county vice chair of betraying the values of the Republican Party.

“The people have spoken,” Robert Morrow, who won the helm of the Travis County GOP with 54 percent of the vote, told The Texas Tribune. “My friends and neighbors and political supporters — they wanted Robert Morrow.”

Morrow’s election as Republican chair of the fifth-largest county in Texas left several members of the Travis County GOP, including vice chair Matt Mackowiak, apoplectic. Mackowiak, a Republican strategist, immediately announced over social media that he would do everything in his power to remove Morrow from office.

“We will explore every single option that exists, whether it be persuading him to resign, trying to force him to resign, constraining his power, removing his ability to spend money or resisting any attempt for him to access data or our social media account,” Mackowiak told the Tribune. “I’m treating this as a coup and as a hostile takeover.”
“Tell them they can go fuck themselves,” Morrow told the Tribune.

The Travis County GOP, which operates in one of the most liberal counties in the state, nonetheless is the local party for a number of prominent Texas Republicans, including Gov. Greg Abbott. The county party’s responsibilities include running elections and precinct conventions and working to elect Republicans at the local level.

Mackowiak said he was especially uncomfortable with the prospect of Morrow engaging in local politics, the core function of the job to which Morrow was just elected.

“We have someone who ran here who absolutely has no intention of serving the Republican Party with leadership and faithfulness,” Mackowiak said. “His social media account is something that no child should see. He is a total disaster.”

Although Morrow was elected with just more than 25,000 votes — 6,000 more than his one challenger, the incumbent chair James Dickey — Mackowiak said he and others would consider leaving the county party altogether to form a new Republican organization if they could not remove Morrow from office.

“I will not rest until we remove him as chairman,” Mackowiak told the Tribune. “He’s going to be an absolute embarrassment to the party. And if we fail in these efforts, we will start an alternate organization.”

Even as Mackowiak attempts to unseat Morrow, Morrow has called Mackowiak’s own conservative credentials into question, especially because of recent tweets from Mackowiak that included the hashtag #NeverTrump.

“I don’t even think Mackowiak is going to support the Republican nominee, who is probably going to be Trump,” Morrow said. “What kind of traitor to the party is Matt Mackowiak? The incredible amount of damage someone like him does to the party — and he’s a douchebag.”
Morrow, who’s also tweeted that Sen. Marco Rubio of Florida is “very likely a gayman who got married,” said he supports the brand of Republican politics he most closely associates with Donald Trump and Sen. Ted Cruz.

“The Republican Party, I would hope, is about limited government with a libertarian perspective,” Morrow said. “But it’s a big tent, and there are many factions in it, and that’s okay with me.”

Morrow’s main complaint is with “establishment” Republicans, who he does not believe should hold elected office, he said. Last week, he tweeted that the Republican National Committee was just a “gay foam party.”

Morrow has a long history of critiquing prominent state Republicans in vulgar, and often sexually explicit, terms. For years, he has alleged that Perry is secretly bisexual; in 2010, he referred to him as “Gov. Skank Daddy” in an email.

“Perry is an epic hypocrite,” he told the Tribune on Wednesday. “I think he has been a rampaging bisexual adulterer for many decades.”

Though Morrow has tweeted often about sexually explicit acts involving Democratic presidential frontrunner Hillary Clinton and his last several Facebook profile pictures were of scantily clad women, he said he denies any charge that he is sexist.

When the Tribune asked about the content of some of Morrow’s social media posts, without using the specific racial slur Morrow had employed, Morrow seized on the omission as an example of corruption within the media.

“You are a perfect example of what the Trump movement is revolting against because you can’t even pronounce the word n—– when you are talking about a Facebook post,” Morrow said. “What a pathetic excuse for a reporter you are.”

“The context of the post is quite gentle, but maybe you’re not smart enough to figure that out,” he added.

Morrow did not spend much time campaigning for the position he now holds.

“I didn’t spend one penny,” he said. “I barely asked anyone to vote for me.”