The European Migrant Crisis Is A Direct Result Of U.S and NATO Wars 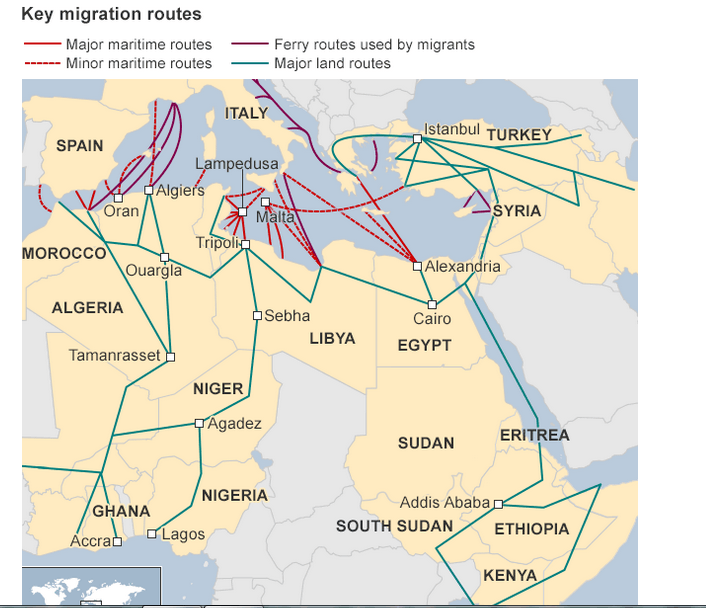 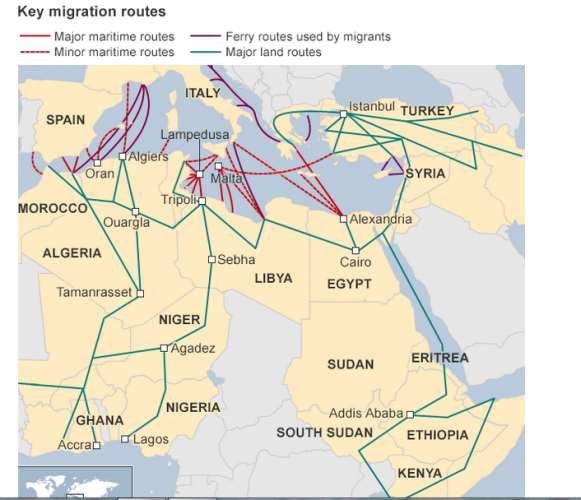 Photographs of a young Syrian boy washed up on a beach near the Turkish resort of Bodrum are going viral online. The boy drowned among 12 other Syrians who were attempting to reach Greece. The disturbing and heartbreaking photographs have even forced the some of the mainstream media to discuss the European migrant crisis in slightly more depth than the usual white-washing of the E.U’s refusal to take any action to stop further deaths of refugees in the Mediterranean. Although the mainstream media still refuses to point the finger of blame in the direction of those who are truly responsible for the death of this young Syrian and countless other innocent lives. Those who are truly responsible for the worst refugee crisis since the aftermath of WWII are the U.S and NATO military machines and the political and corporate interests that control them.

The majority of immigrants are coming from Syria, Afghanistan and Eritrea, according to the BBC.

immigrationThe Syrian government has been enveloped by war since the U.S government started training the so called ‘moderate rebel groups’, that turned out to be not-so-moderate rebel groups. Try extremely violent Islamic extremists. The largest of these groups is the FSA (Free Syrian Army). The truth is that the FSA have been defecting and joining the ranks of ISIS on mass. Since the conflict began 4 years ago over 200,000 Syrians have lost their lives and more than 4.8 million Syrians have been displaced. ISIS now control large sections of Syria.

For more information on how the United States government and their Gulf region allies covertly created ISIS I’d highly recommend investigative journalist Ben Swann’s video : Origin Of ISIS
One of the busiest routes to Europe is from the northern coast of Libya.

immigration routesBefore NATO began it’s bombing campaign against Libya killing over 50,000 civilians whilst funding militant Islamic groups in order to overthrow Muamar Gaddafi, Libya had the highest standard of living according to the U.N’s standard of living index. Libya , Africa’s richest country, had free health care and education. Now, Libya is widely referred to as a failed state.

The power vacuum left in both Libya and Iraq after western backed coup d’etats, have left massive power vacuums in which the very groups that the U.S government and it’s NATO allies have spent the last decade propagating a war against, were given the perfect environment to thrive.

The indiscriminate bombing of Syria over the past year is reminiscent of both Iraq and Libya. The destruction of infrastructure along side civilian deaths from airstrikes has left many Syrians with no choice but to leave.

According to the Guardian;

At least 459 non-combatant deaths, including 100 children, in 52 air strikes”

And according to the Telegraph, more than half of Syria’s hospitals have already been destroyed since the civil war started four years ago. This report was from 2013, so it would be logical to assume that figure is much higher today.

With bombs dropping indiscriminately upon civilian areas, the destruction of more than half of a countries infrastructure and extremely violent extremist groups propped up by the E.U and the U.S’s desire to see an elected official (Assad) ousted and most likely killed, millions of people have been forced to flee Syria and risk their lives by cramming into tiny inflatable boats and traveling hundreds of miles to a place where they will likely be put into glorified concentration camps (interment camps for migrants an asylum seekers). If a person decides to choose the path described instead of staying in their homeland, that says a lot. It is a testament to what happens when a small group of oligarchs play a game of chess with country after country after country. All for political and military control over regions rich in resources.

So what is being done about it? Other than the E.U granting a very small fraction of asylum seekers citizenship, putting some in interment camps, putting up barbed wire fences and letting the rest drown? Other than a mainstream media that points the finger of blame at the so-called smugglers driving the boats while ignoring the reason people are fleeing their homes in the first place? Well, former CIA director David Petraeus has a not-so bright idea. He is urging law makers to use Al Nusra front(Al qaueda in Syria) to fight ISIS. He want’s to use the group that the U.S military have been fighting against for the past ten years or more to fight ISIS. It should be clear by now that the only solution that the U.S government and E.U will get behind is a solution that involves arming and funding a group that shares the same agenda- overthrowing Syrian president Bashar Al Assad.