The hidden weed killer in your BREAD: Commercial wheat doused with cancer-causing glyphosate herbicide right before harvest… and you’re eating it! 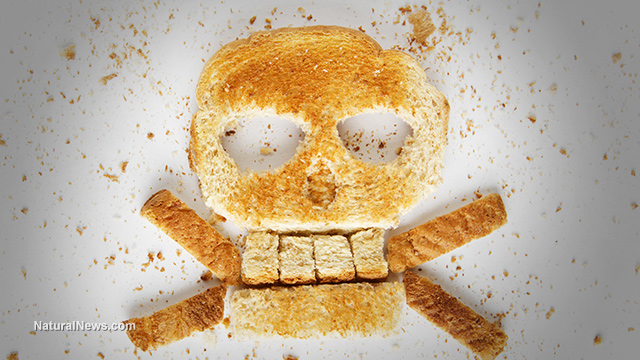 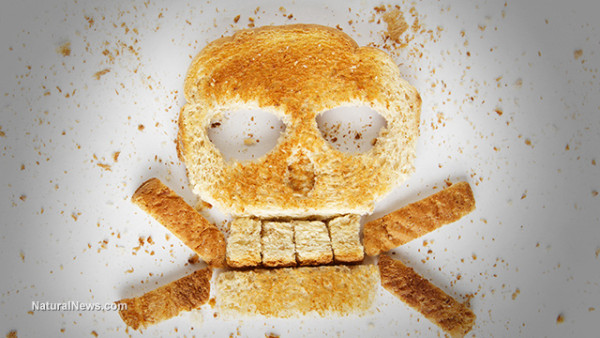 Now that the World Health Organization has publicly condemned glyphosate herbicide as “probably carcinogenic to humans,” awareness of this insidious chemical’s contamination of the human food supply is suddenly exploding among health-conscious consumers.

Most people, however, have no awareness at all that commercial wheat products are saturated with glyphosate before harvest. They think glyphosate is only used on genetically modified crops like corn and soybeans. But it turns out that glyphosate is routinely used as a wheat crop drying chemical to speed up harvesting. (Monitor breaking news headlines on glyphosate in real time at Glyphosate.news, part of the new FETCH.news network.)

The very chemical that was designed to kill weeds, in other words, is so toxic to plant life that commercial farmers are using it to accelerate the death of wheat crops, thereby reducing the delay between cutting the crop and delivering it to market.

The upshot is that the commercial wheat products you’re buying in the store are saturated with deadly, cancer-causing glyphosate weed killer. This includes:

• Commercial loaves of bread sold at the grocery store

• Pasta products (spaghetti, noodles, etc., that are made with wheat)

Essentially, much of the entire non-organic wheat-based food supply is now heavily contaminated with glyphosate, a toxic chemical now widely recognized as being genotoxic (damaging to your DNA and potentially leading to cancer). To protect yourself from glyphosate, it is crucial that you only purchase and consume certified organic wheat products.

Wheat, by the way, contains gluten. It is my belief that many of the complaints people have been voicing against gluten are really symptoms of glyphosate toxicity and not directly caused by gluten itself. This issue needs serious further investigation, but a simple way to test this yourself is to switch to organic wheat products and see how those work for you.

See the full presentation on glyphosate and wheat products in this PDF presentation document from the Soil Association.

“[N]ew figures analysed by the Soil Association were released at a scientific briefing in London showing Glyphosate use in UK farming has increased by 400% in the last 20 years and it’s one of the three pesticides regularly found in routine testing of British bread – appearing in up to 30% of samples tested by the Defra committee on Pesticide Residues in Food (PRiF),” reports the Soil Association.

Wheat crops are sprayed with glyphosate not just once, but often three times before harvest. This douses the wheat with a known cancer-causing chemical, saturating the crop and causing the glyphosate to be present in the finished food products made from the wheat.

Peter Melchett, Soil Association policy director, explained: “If Glyphosate ends up in bread it’s impossible for people to avoid it, unless they are eating organic… This is why the Soil Association is calling for the immediate ending of the use of Glyphosate sprays on wheat destined for use in bread.”

The glyphosate sprayed on wheat crops ends up in your food. When you eat glyphosate-sprayed wheat, you inevitably absorb this cancer-causing chemical into your own body. “[T]his chemical doesn’t break down immediately, and can follow the grain into food manufacturing processes,” explains the Soil Association. “Tests by the Defra committee on Pesticide Residues in Food (PRiF) have found that as much as 30% of UK bread contained this weedkiller. UK wheat will also be used for lots of other foods including biscuits.”

The bottom line? If you’re eating products derived from wheat that isn’t organic, you’re probably eating cancer-causing weed killer. In the UK, a recent study found that 70% of the population had traces of glyphosate in their urine.

In the United States, the corporate-sellout EPA has known for decades that glyphosate causes cancer, but they actively hid this data from the public.

Because it’s so widely used in conventional agriculture, glyphosate is found in 75% of air and rain samples. This means you’ll even get glyphosate raining down on your own home garden! (Although the resulting concentration is thousands of times less than what you’d find in commercial crops that are directly sprayed with it.)

If there was ever a reason to buy organic bread, this is it!

From this day forward, limit your consumption of wheat products exclusively to certified organic. Glyphosate is not allowed to be sprayed on certified organic crops, and although there is some cross-contamination due to wind drift, organic foods will consistently contain far less glyphosate than non-organic foods.