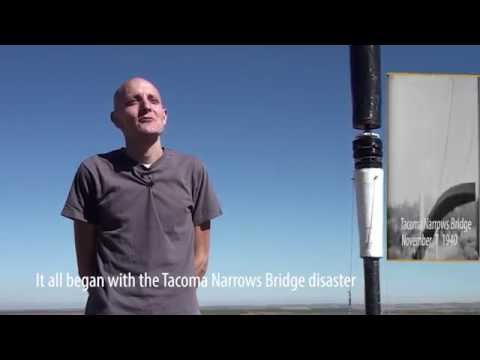 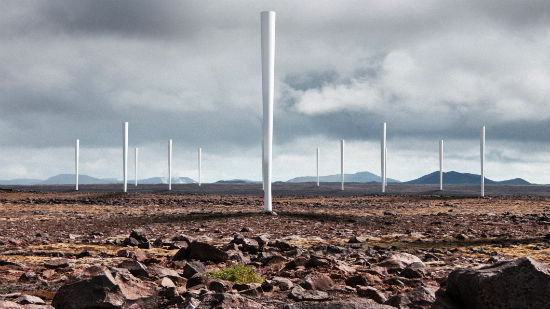 Farms dotted with the gigantic spinning blades of wind turbines have become a standard sight on long-distance road trips, but what if there was another way to capture energy from the wind? A startup out of Spain is working on that very idea. The company’s called Vortex Bladeless, and its turbines look like stalks of asparagus poking out of the ground.

Instead of using the wind to rotate a blade, the company’s pillars shake back and forth from the vortices created by the movement of air around the structure. Engineers look to avoid these forces when designing buildings and other structures, but the Vortex turbine takes advantage of this phenomenon to oscillate in the wind. Typically, a structure can only be optimized to oscillate at the specific frequencies caused by a certain wind speed, but Vortex says it is using magnets to adjust the turbine on the fly to get the most from whatever the wind speeds happen to be. Once the structure starts vibrating, an alternator in the base of the device then converts the mechanical movement into electricity.

But why bother switching from traditional wind turbines in the first place? Well, Vortex claims that energy produced by its turbines will cost around 40 percent less than energy made from wind turbines that are operating today. A large part of that cost reduction comes from maintenance — since the Vortex doesn’t have moving parts or gears, it should last longer and it won’t require periodic lubrication. The simpler design also means that manufacturing costs are about half that of a traditional wind turbine (those massive blades are expensive). That said, Vortex tells Wired that its bladeless design captures around 30 percent less energy than a regular turbine. The company does note, however, that it’s possible to fit more of the Vortex models in the same area. And, as a bonus, the bladeless turbines are silent.

Vortex is working on a few different sizes; its “Mini,” a 41-foot model, should be ready for commercialization next year, while a larger, industrial model is in the works for 2018. If all goes according to plan, wind farms might look quite a bit different the next time you take a cross-country road trip.