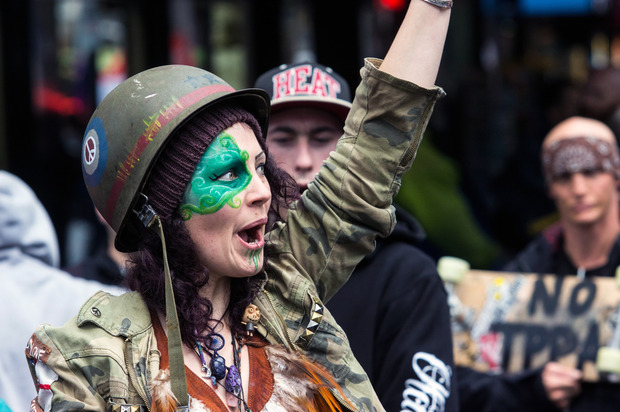 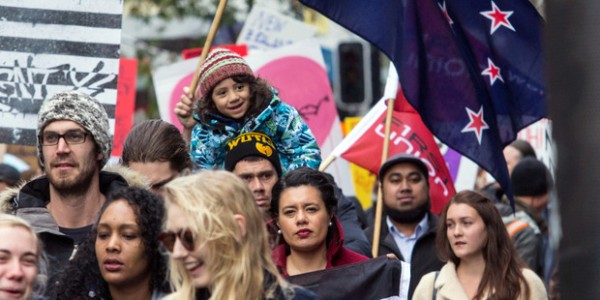 In an act of self-preservation, thousands of New Zealand residents swarmed the capital of Auckland chanting “TPPA, walk away” together as they marched toward the U.S. Consulate. There, politicians and speakers spoke out against the utilization of this trade-deal, a small police presence was there and it was a peaceful demonstration.

Foreigners were warned not to join the demonstration but attended anyway. 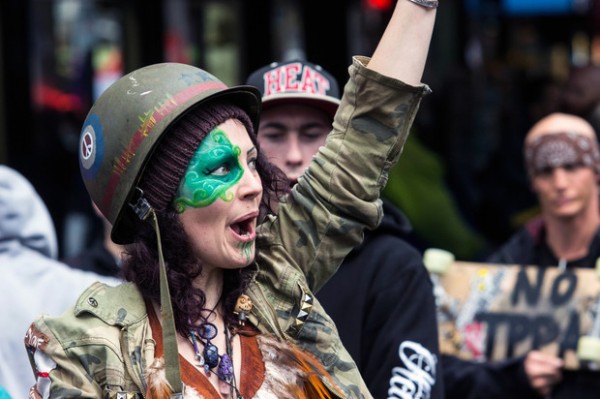 “Who loses? The people and the environment. Who wins? The corporations.”

As Kelsey stepped away from the stand, crowds began a reverberating chant of, “who’s got the power? We’ve got the power. TPPA, walk away.”

What is the TPP?

Whistle-blower Richard Grove was embedded with the corporate world when 9/11 occurred, he was there the day it happened. It was there he realized that there were corporate bets made, he witnessed this.

This is where he decided to focus on how the world truly works; this lead to him researching secret groups such as the Trilateral Commission, The Council on Foreign Relations and how they come into play.

Using actual documentation by those involved, Grove details how the TPP is simply an outgrowth of secretive groups whom say what they are going to do; that being the corrosion of national sovereignty, to be then reintegrated into a new system, a new world order. This includes Agenda 21 – which is the U.N.’s plan to absolutely end national sovereignty, that’s another nightmare in itself you can read about in detail here.

More and more people must learn what the TPP truly is, because this is reality. These groups are making a go for dozens of nation’s ability to self-regulate. This ties into a quote once said by David Rockefeller in his personal memoirs:

Some even believe we [Rockefeller family] are part of a secret cabal working against the best interests of the United States, characterizing my family and me as ‘internationalists’ and of conspiring with others around the world to build a more integrated global political and economic structure – One World, if you will.If that’s the charge, I stand guilty, and I am proud of it.

See Luke Rudkowski confront him about that quote here.

If this information doesn’t resonate with you, set it down and walk away. If you feel that you must do something, SHARE this article and research this subject. Speak with your local representative, apply pressure in mass to COMMAND them to speak out against this move against Humanity. Because make no mistake, these groups do want the entire planet under one system – you only have to look around.