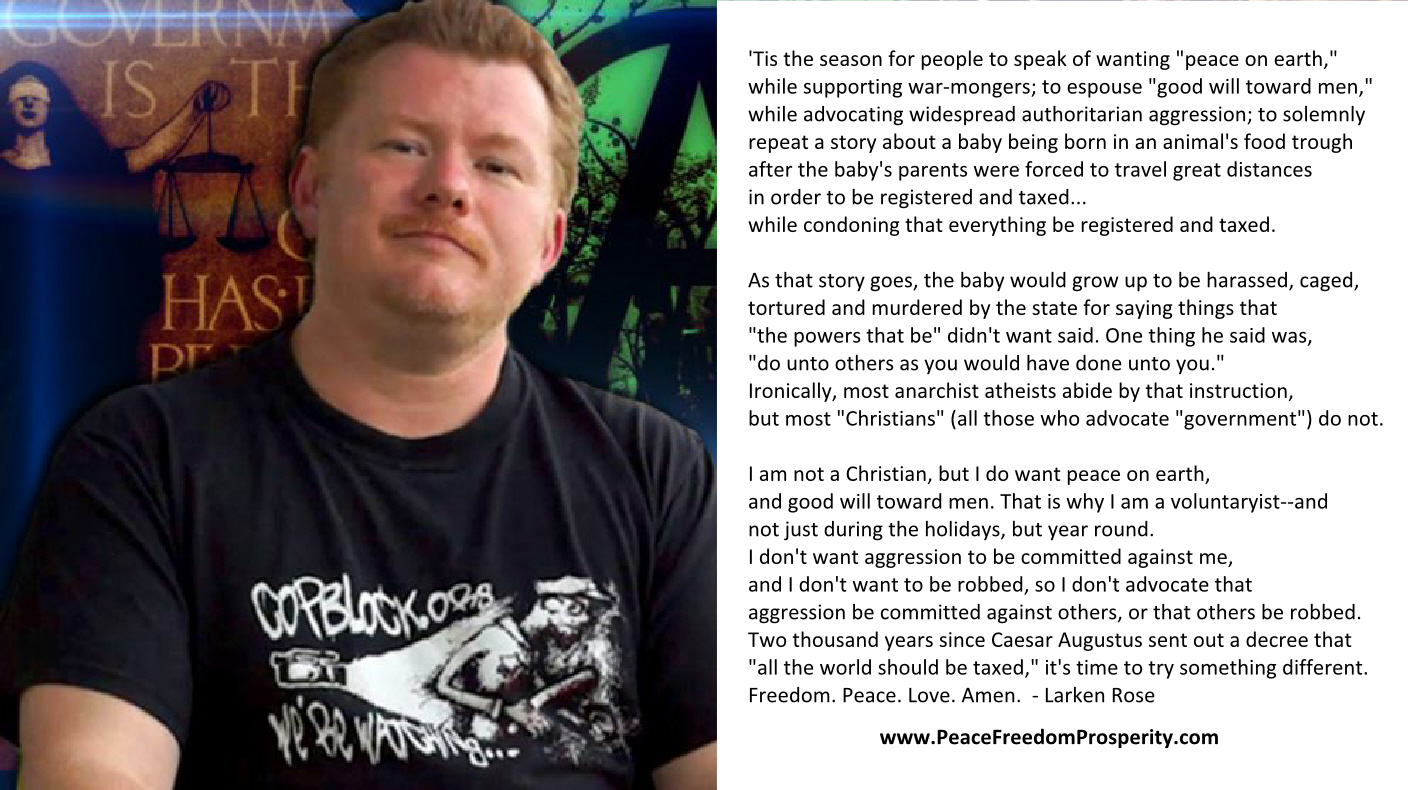 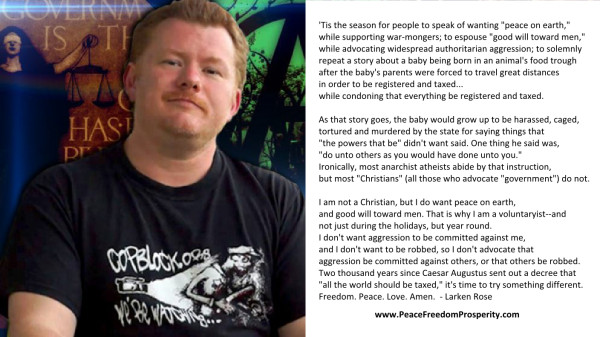 ‘Tis the season for people to speak of wanting “peace on earth,” while supporting war-mongers; to espouse “good will toward men,” while advocating widespread authoritarian aggression; to solemnly repeat a story about a baby being born in an animal’s food trough after the baby’s parents were forced to travel great distances in order to be registered and taxed… while condoning that everything be registered and taxed.
As that story goes, the baby would grow up to be harassed, caged, tortured and murdered by the state for saying things that “the powers that be” didn’t want said. One thing he said was, “do unto others as you would have done unto you.” Ironically, most anarchist atheists abide by that instruction, but most “Christians” (all those who advocate “government”) do not.
I am not a Christian, but I do want peace on earth, and good will toward men. That is why I am a voluntaryist–and not just during the holidays, but year round. I don’t want aggression to be committed against me, and I don’t want to be robbed, so I don’t advocate that aggression be committed against others, or that others be robbed. Two thousand years since Caesar Augustus sent out a decree that “all the world should be taxed,” it’s time to try something different. Freedom. Peace. Love. Amen. – Larken Rose www.LarkenRose.com