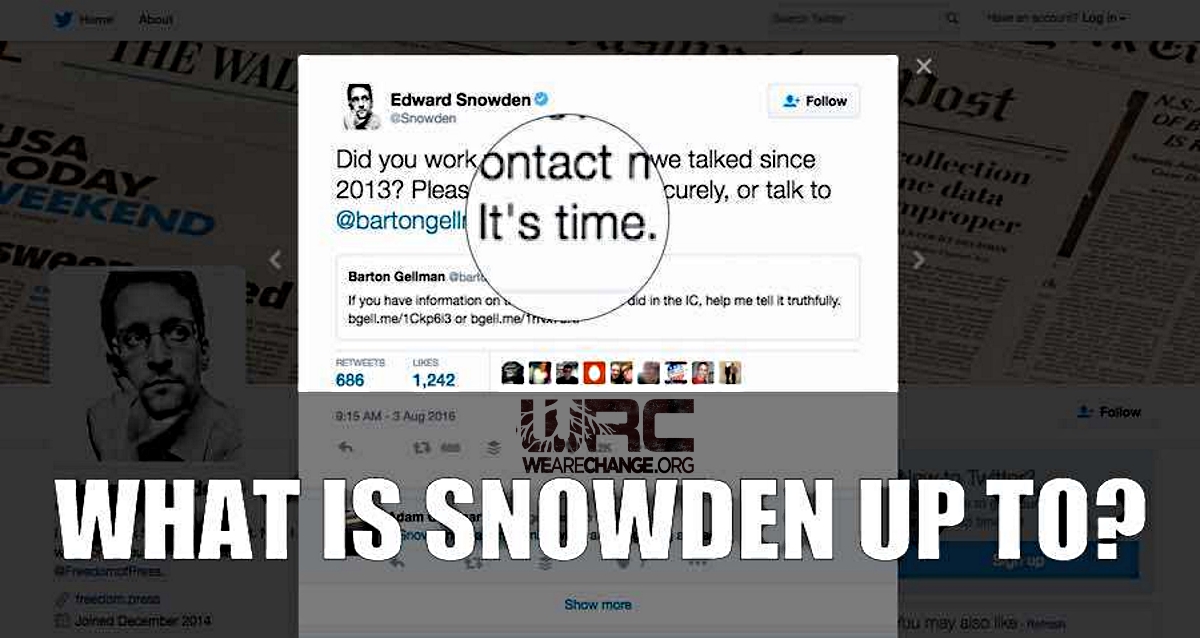 World renowned whistle-blower Edward Snowden published a vaguely worded tweet on Wednesday that has sparked massive curiosity in the Twittersphere.

The tweet also quotes journalist Barton Gellman, who is currently writing about Snowden’s time working in the intelligence community in order to “tell it truthfully.”

In 2013, Snowden leaked a cache of intelligence documents that unveiled the extent of the National Security Agency’s domestic spying apparatus. He currently lives in exile in Russia, and faces charges of espionage and theft of government property in the US.

Gellman isn’t the only one interested in Snowden’s story. Hollywood director Oliver Stone has released a trailer for his upcoming biopic about the whistleblower. The film should be released later this year.

If you have information on the work @Snowden did in the IC, help me tell it truthfully. https://t.co/RobAzolsug or https://t.co/FjKtvu8nFX.

Gallman’s tweet includes a link to digitally signed message. In the message, Gellman has asked people to help him with any information about Edward Snowden and his work life at NSA, CIA, Dell, Booz, and the time Snowden served the army.

He will use those observations and information in his book DARK MIRROR: Edward Snowden and the American Surveillance State.

The recent events have surely sparked a feeling of curiosity. What “time” is Snowden referring to?

Gellman later responded by saying “If you have information on the work Snowden did in the IC, help me tell it truthfully.”

To me this seems like Simple Marketing for the Book, but what do I know ? Could be referencing a complete extraterrestrial disclosure as David Wilcock and some of the Deeper inter-webs have been clamoring about recently.