Trump Attacks China, Ignores The Country That Fits the Bill for Currency Manipulation 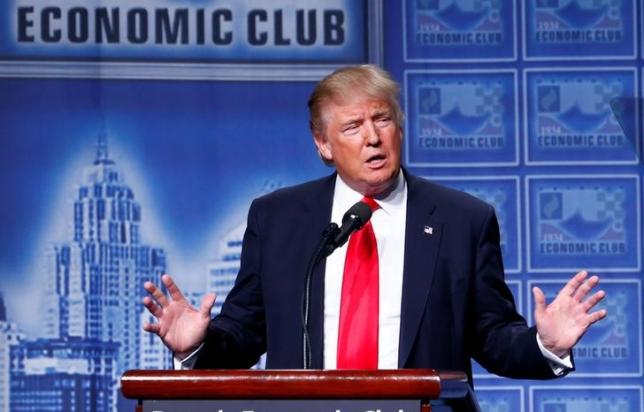 While President Trump avidly calls out countries like China for “currency manipulation,” one country that almost perfectly fits the bill for this phrase is ignored.

China, Japan, and Germany have all been targets of the Trump administration’s virulent accusations of currency manipulation. Ironically, Switzerland is in the most danger of fitting the Treasury’s official criteria of this act, yet the administration is silent.

One of the primary conventions surrounding Trump’s campaign was highlighting and marking China officially as a currency manipulator for “taking advantage of the strength of the US dollar relative to their currency.”

The official requirements to be named a currency manipulator according to the Treasury are as follows:

All three requirements are set to be fulfilled by Switzerland. The country currently posesses an account surplus of 10 percent, and its meddling in the FX markets accounts for at least 9.1 percent of GDP—Switzerland only falls short in running a $13 billion trade surplus vs. the US, with the threshold sitting at $20 billion. It is believed this will be surpassed in early 2018.

In comparison, China only fulfills one of the three requirements, as they do not have a significant bilateral trade deal with the United States. Wei Yao, Societe Generale’s China specialist added:

“Some action—or some sign of potential action—targeting China seems a high-probability scenario, especially at the very beginning of his presidency when domestic policy agendas and formal trade deals may not go through quickly.”

Michael Gape, Rob Martin and Blerina Uruçi agree with Yao’s stance. Their typical case scenario is a 15 percent tariff on trade with China. They expect this to be more than double what they predict the tariff to be on trade with Mexico – with the understanding that Trump’s campaign promise was for a 45 percent tax on imports.

“Import tariffs with China may be larger, given that imports from China are about twice as large in dollar terms than Mexico and the trade deficit with China is many magnitudes larger than with Mexico.”

China is more likely to remain on the Treasury’s watch list, though it is uncertain whether President Trump will go through with suspected plans of major tariffs.

Knowing that Trump’s main victim for the currency manipulator label is China, yet they don’t fit the typical definition nearly as closely as Switzerland, why has nothing been said? It could possibly suggest a conflict of interest between Trump’s business interests and that of Switzerland, particularly since FT claims to have evidence a Trump venture has links to alleged laundering network. The Kazakh government claims that the family of Viktor Khrapunov – now living in Switzerland – laundered millions of dollars, and also has ties to Trump.

Mr Garten of the Trump Organisation claimed, “We have no knowledge of who [the Khrapunov family] are and have done no business with them.”

Switzerland had also been the target of currency manipulating in 2011. The BBC reported, “The Swiss National Bank (SNB) has set a minimum exchange rate of 1.20 francs to the euro, saying the current value of the franc is a threat to the economy. The SNB said it would enforce the minimum rate by buying foreign currency in unlimited quantities.”

“Unlimited quantities” is a blatant act of currency manipulation, yet at the time Mitt Romney—also vehemently blasting China with the same accusation as Trump—had nothing to say on Switzerland’s actions.

If the Trump administration remains silent—whether or not a conflict of interest indeed exists—people will be given a reason to suspect ulterior and/or business related motives behind Trump’s strange silence on Switzerland’s clear acts of currency manipulation.