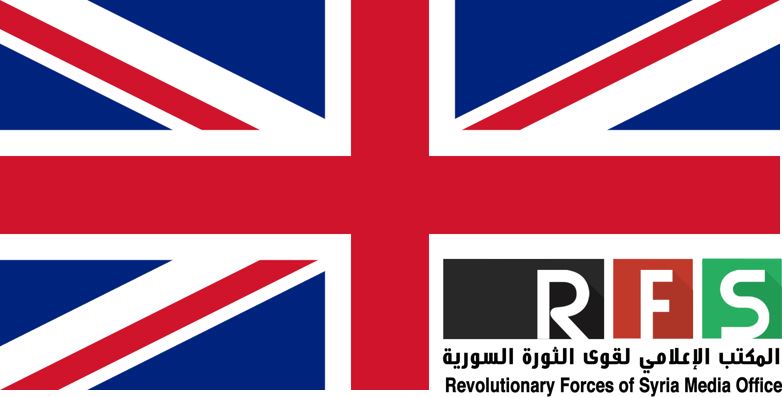 Alternet, a prominent media outlet which has been around since 1997 and has won awards for their journalism has recently come forward with a bombshell release. According to e-mails and testimony provided to Alternet by an anonymous source, the British government funds the Revolutionary Forces of Syria (RFS) media office.

This is worth noting because the UK government is intimately involved in the Syrian conflict. As a UK-based government website says:

“the UK continues to work for a political solution that would establish a democratic Syria and lasting stability for all Syrians. We have condemned the brutal violence of the violence of the Asad regime and support diplomatic efforts to end the suffering and establish political transition.”

In other words, the UK government has a direct interest in regime change on the one hand, and on the other hand, they have a media office which is located in Istanbul which, as the released e-mails describe, reports news “surrounding the Syrian conflict.” Are we to assume that the UK government wanted to hire a reporter who might not promote their agenda?

The UK’s involvement in the Syrian conflict was reportedly the reason that the anonymous source (who is also apparently a journalist based in the Middle East) refused to work for the UK government and report for the RFS media office. The anonymous source said that he was offered a hefty $17,000 a month for the position, which would have been for HMG (Her Majesties’ Government) operating out of Istanbul Turkey.

Last year, The Guardian revealed that the UK engages in a “propaganda war” with ISIS to seemingly marginalize their growth and influence. The intent of this action, as the Guardian describes:

“is part of a broader propaganda effort focused on Syria, with other elements intended to promote ‘the moderate values of the revolution’ and help mould a Syrian sense of national identity that will reject both the Assad regime and Isis.”

If this is true, the UK is engaging in a propaganda war which they hope will result in regime change. Regardless of whether or not the Alternet story is valid, it seems that we can now safely argue that the UK government is interested in hiring reporters to report on the Syrian conflict, a conflict which the UK government has a direct interest in. However, as the RFS media website says: “RFS Media Office is committed to professionalism and development as it seeks to report the truth,” so let’s be slow to start accusations and pointing of fingers.

For your reference, the e-mails which were released are included below: 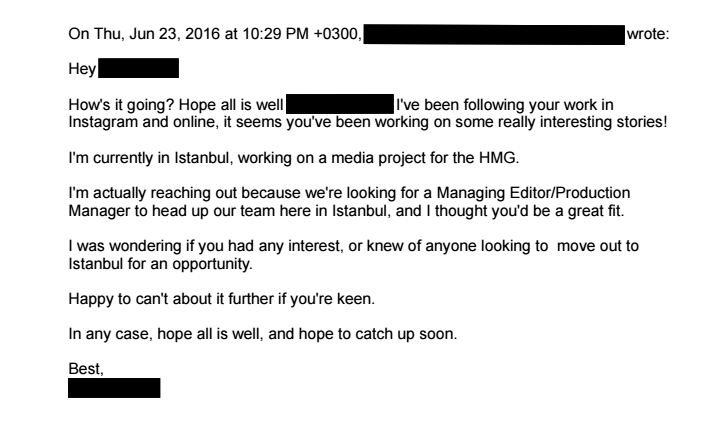 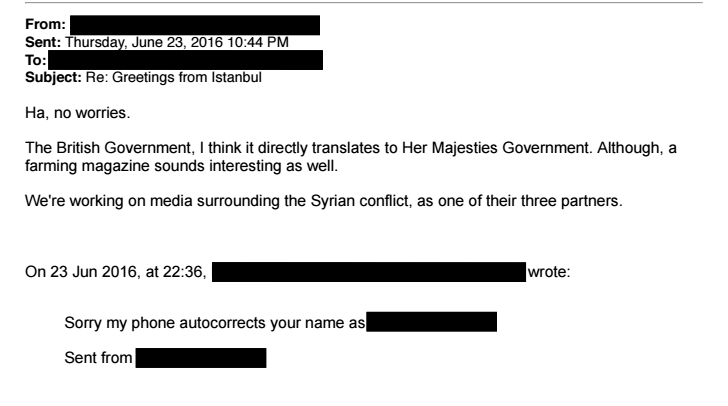