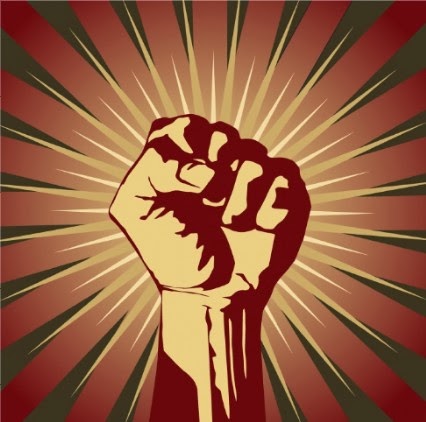 In yet another example of how the recent Ukrainian “revolution” was nothing more than an Anglo-American destabilization of a foreign nation for geopolitical purposes, recent appointments to political posts inside Ukraine should serve as clear evidence of that fact.

In addition to the appointment of national positions to individuals belonging to the neo-Nazi Fascist Svoboda party, RT reports the installment of even more questionable characters, party affiliations aside.http://youtu.be/HQxT-any0_I

These separate appointments do nothing but solidify any doubt regarding the nature of the “revolution” in Ukraine as the individuals being placed into public office are clearly of the Ukrainian national Oligarchical class.

For instance, the newly appointed Governor of Dnepropetrovsk, Igor Kolomoysky, is widely recognized as Ukraine’s third-wealthiest man, with an official fortune totaling over $2.4 billion. RT reports that Kolymoysky “co-owns the informal commercial group Privat, which includes Ukraine’s largest bank Privatbank, which Kolomoysky heads, as well as assets in the oil, ferroalloys and food industries, agriculture and transport.”

It is also reported that he is a major sponsor of the UDAR party, an organization that was one of the principle groups involved in the street campaign of the Euromaidan movement. Interestingly enough, Kolomoysky is a dual Ukrainian-Israeli citizen, although he manages his business operations out of Switzerland. He was also a former ally of Yulia Tymoshenko.

Kolomosky was accused of taking a hit out on a Ukrainian lawyer in the past, although those charges were dropped. However, after the dismissal of the charges, the lawyer was eventually found shot dead.

Sergey Taruta, the new Governor of the Donetsk region, is likewise a wealthy aristrocrat. Taruta himself is listed as one of the top ten wealthiest Ukrainians. His personal fortune is estimated to be around $2 billion. Taruta is the head of ISD, one of the largest mining and smelting companies on the planet, as well as the owner of the Metallurg Football Club.

Taruta was a backer of Vicktor Yuschenko after the latter was installed by the United States and related networks in the Orange Revolution of 2004.

The new Interior Minister, Arsen Avarkov, is listed as one of the 67th richest men in Ukraine. But what Avarkov lacks in wealth, he makes up for in criminal behavior. Avarkov was formerly wanted by Interpol for the theft of 55 hectares of state land.

Clearly, those Ukrainian people who joined the Euromaidan protests out of ignorance are clearly now feeling a very real sense of disappointment. Unfortunately, while most of the protests were simply engineered and funded by the West from the word go, those who took part hoping for real change have now found themselves in a much worse situation than they were in before.