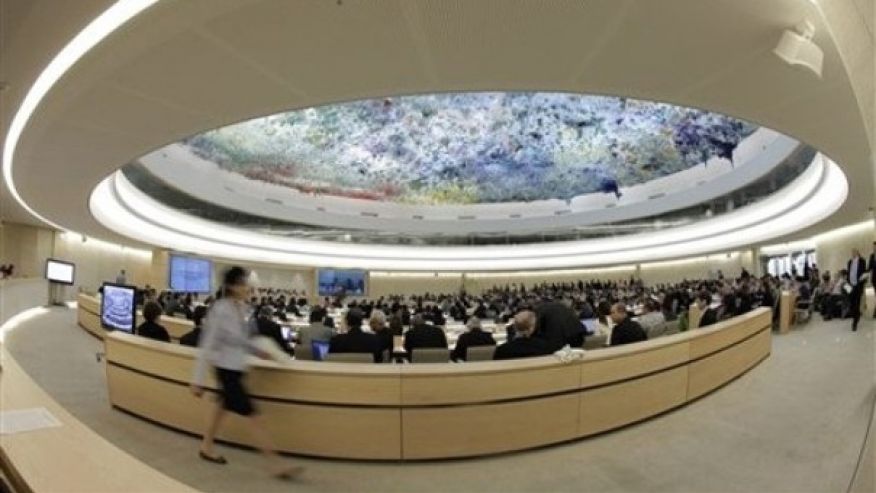 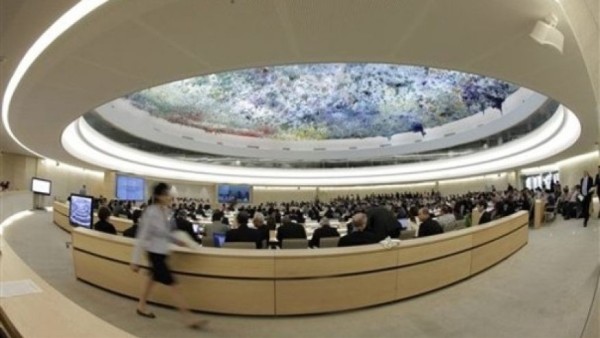 According to the United Nations, the most evil country in the world today is Israel.
On March 24, 2016, the U.N. Commission on the Status of Women (CSW) wrapped up its annual meeting in New York by condemning only one country for violating women’s rights anywhere on the planet – Israel, for violating the rights of Palestinian women.

On the same day, the U.N. Human Rights Council concluded its month-long session in Geneva by condemning Israel five times more than any other of the 192 UN member states.

There were five Council resolutions on Israel. One each on the likes of hellish countries like Syria, North Korea and Iran. Libya got an offer of “technical assistance.” And countries like Russia, Saudi Arabia and China were among the 95 percent of states that were never mentioned.

No slander is deemed too vile for the U.N. human rights bodies that routinely listen to highly orchestrated Palestinian versions of the ancient blood libel against the Jews.

Asylum-Seekers from Israel by Country in 2015 | FindTheData
In Geneva, Palestinian representative Ibrahim Khraishi told the Council on March 24, 2016: “Israeli soldiers and settlers kill Palestinian children. They shoot them dead. They will leave them to bleed to death.” And in New York, Palestinian representative Haifa Al-Agha told CSW on March 16, 2016: “Israel…is directing its military machinery against women and girls. They are killing them, injuring them, and leaving them bleeding to death.”

Operating hand-in-glove with governments and the U.N. secretariat are the unelected, sanctimonious NGOs, to which the UN offers free facilities and daily advertisement of “side-events.” In theory “materials containing abusive or offensive language or images are not permitted on United Nations premises.”

In practice, in Geneva the UN permitted handouts that claimed Israel “saw ethnic cleansing as a necessary precondition for its existence.” A film accused Israel of sexual violence against children and “trying to exterminate an entire Palestinian generation.” Speeches focused on the 1948 “catastrophe” in which a “settler colonial state” was established on Palestinian land.

The New York CSW-NGO scene included a film set in in the context of Israeli “oppression” and the “tear gas of my childhood,” and statements analogizing the experiences of Palestinians to today’s Syrian refugees.

In Geneva’s grand U.N. “Human Rights” Council chamber, 750 people assembled, pounced on the Jewish state, broadcast the spectacle online, and produced hundreds of articles and interviews in dozens of languages championing the results.

On the ground, Israelis are being hacked to death on the streets, stabbed in buses, slaughtered in synagogues, mowed down with automobiles, and shot in front of their children.

At the New York’s UN headquarters, 8,100 NGO representatives gathered from all corners of the globe, in addition to government delegates, and watched the weight of the entire world of women’s rights descended on only one country.

On the ground, Palestinian women are murdered and subjugated for the sake of male honor, Saudi women can’t drive, Iranian women are stoned to death for so-called “adultery,” Egyptian women have their genitals mutilated and Sudanese women give birth in prison with their legs shackled for being Christian.

Isn’t it about time that people stopped calling the U.N. a harmless international salon or a bad joke?

The poison isn’t simply rhetorical. One of the Council resolutions adopted last week launches a worldwide witch-hunt for companies that do business with Israel – as part of an effort to accomplish through economic strangulation what Israel’s enemies have not been able to accomplish on the battlefield. The resolution casts a wide net encompassing all companies engaged in whatever the U.N. thinks are business “practices that disadvantage Palestinian enterprises.”

And the toxicity is self-perpetuating. Acting at the beck and call of Islamic states and their conduit – French Ambassador Elizabeth Laurin and Council President Choi Kyonglim selected Canadian law professor Michael Lynk as the newest U.N. “independent” human rights investigator on Israel.

Lynk’s qualifications? He has likened Israelis to Nazis, and challenged the legitimacy of the state of Israel starting in 1948 as rooted in “ethnic cleansing.”

All of this played out in the same week that Europe was reeling from the Belgian terror attacks. Petrified or already vanquished, no European state voted against this onslaught of U.N. resolutions against Israel. Germany and the United Kingdom occasionally abstained, while France voted with Arab and Islamic states on all but one Council resolution.

Here we are just 70 years after World War II and Europeans believe that they can license this vitriol against the Jewish state – the only democracy on the front lines of an Islamist war against human decency – and the consequences can be contained to the Jews.

Even as the converse stares them in the face. Two days after the Brussels attacks, Islamic states rammed through a Council resolution slyly labeled “Effects of terrorism on the enjoyment of all human rights” that was actually so anti-human rights even Belgium was forced to vote against it.

As for the United States, the Obama administration has been the Human Rights Council’s most important supporter. Though the U.S. is currently in a mandatory one-year hiatus — after serving two consecutive terms — President Obama plans to bind his successor by running again in the fall for another three-year term that starts January 1, 2017.

Memo to Americans who are mad as hell: It’s time to elicit a promise from our would-be leaders to refuse to sit on the U.N. Human Rights Council or to legitimize the United Nations.
. Follow her on Twitter @AnneBayefsky.