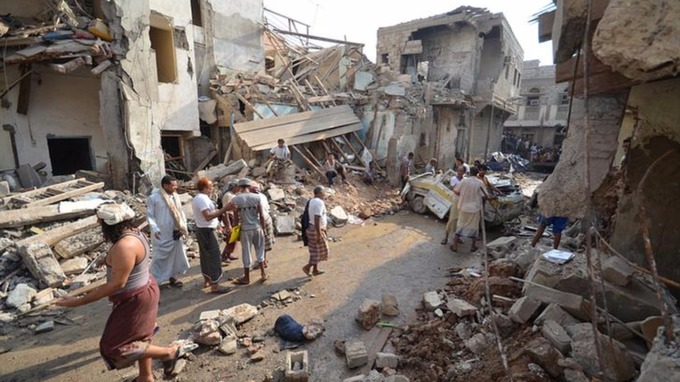 American Forces have executed another wave of strikes against Yemenese al-Qaeda militants following the latest order of increasing US military focus on the group due to their growth in strength from the Yemenese civil war.

Just a day after US forces executed more than 20 air strikes in Yemen. Citizens reported this assault in the Wadi Yashbum village in the southern Shabwah province. Another 10 to 15 air strikes were carried out overnight.

Approximately three hours later, residents in the Jabal Mugan area of neighbouring Abyan province had reported air strikes in the region. Citizens reported on ground battles between American soldiers and AQAP militants. Two US officials told Reuters that the latest operations did not involve ground combat.

“None of our troops were involved in a firefight over the last period of darkness,” one of the US officials claimed, speaking from anonymity.

Yemen is one of the Arab world’s poorest countries. It has been disenfranchised by a civil war. Forces loyal to the internationally-recognised government of President Abdrabbuh Mansour Hadi combat those allied to the Houthi rebel movement.

Al-Qaeda has been an important and dangerous concern since its attempt to blow up a Detroit-bound airliner on Christmas Day of 2009. This was subsequently traced back to the terrorist group. The group has exploited the civil war between the Iran-aligned Houth rebels and the US-allied government of President Abd-Rabbu Mansour Hadi.

Amid the civil war, the radical Islamic terror organisation has grown exponentially in strength and manpower. The newest strikes this week follow an initial raid on January 29th AQAP by US commandos. This raid resulted in the death of 14 militants and a Navy SEAL, as well as civilians. The raid has divisive perceptions. US officials believe it benefited the military with intelligence on AQAP operations. Critics condemn the raid, calling it a pointless disaster that only caused unnecessary deaths.