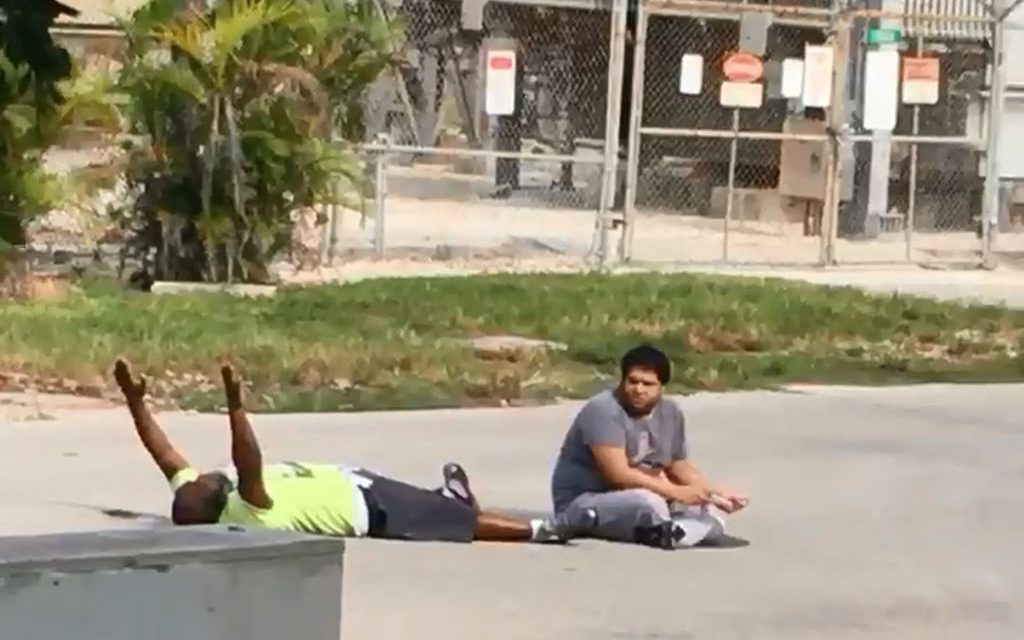 NORTH MIAMI, FLA. (WSVN) – A therapist who works with people with disabilities is telling his story after police shot him while he was helping his patient with autism.

Cell-phone video was released Wednesday afternoon showing Charles Kinsey lying on the ground with his hands in the air, telling officers that weapons are not necessary. “When I went to the ground, I’m going to the ground just like this here with my hands up,” Kinsey said, “and I am laying down here just like this, and I’m telling them again, ‘Sir, there is no need for firearms. I’m unarmed, he’s an autistic guy. He got a toy truck in his hand.”

In his hospital bed, Kinsey said, he was attempting to calm an autistic patient who ran away from a group home. Kinsey could be heard in the video saying, “All he has is a toy truck. A toy truck. I am a behavior therapist at a group home.”

He is also heard asking his patient to calm down. “Rinaldo, please be still, Rinaldo. Sit down, Rinaldo. Lay on your stomach.”

The ordeal went on for a few minutes before Kinsey said one of the officers shot him. “I’m like this right here, and when he shot me, it was so surprising,” Kinsey said. “It was like a mosquito bite, and when it hit me, I’m like, ‘I still got my hands in the air, and I said, ‘No I just got shot! And I’m saying, ‘Sir, why did you shoot me?’ and his words to me, he said, ‘I don’t know.’”

North Miami Police said the incident began, Monday, when someone called 911 and said there was a man walking around with a gun threatening suicide. Kinsey said the man was his patient and the alleged gun was a toy truck, which he said was clearly visible to police. “I was really more worried about him than myself. I was thinking as long as I have my hands up … they’re not going to shoot me. This is what I’m thinking, they’re not going to shoot me. Wow, was I wrong.”

Kinsey was then shot in the leg. The shooting was not captured on camera but Kinsey said he had his hands up the entire time. 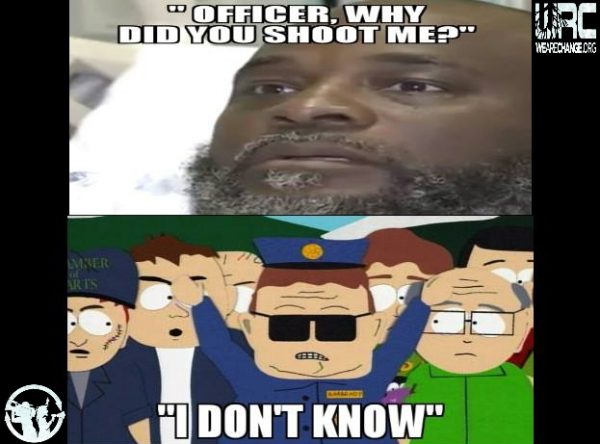 The therapist said police then rushed him, patted him down and put him in handcuffs. Kinsey said what police did after the shooting is what upsets him the most. “They flipped me over, and I’m faced down in the ground, with cuffs on, waiting on the rescue squad to come. I’d say about 20, about 20 minutes it took the rescue squad to get there. And I was like, bleeding  — I mean bleeding and I was like, ‘Wow.’”

Despite everything that’s happened, Kinsey is happy to be alive. Standing by his bedside, his wife said, “Right now, I am just grateful that he is alive, and he is able to tell his story.”

Kinsey only wants to help people and is perplexed as to why officers fired. “My life flashed in front of me,” he said. “When he hit me, my first thing I’m thinking, I’m thinking about my family.”

Around 6 p.m. Wednesday, a group called the Circle of Brotherhood stood outside the North Miami Police Department, requesting that police answer questions about what happened and if the officer responsible for shooting will face charges.

The organization, which Kinsey is a part, of works to solve problems in the community.

Kinsey’s lawyer, Hilton Napoleon, is outraged. “There’s no justification for shooting an unarmed person who’s talking to you and telling you that they don’t have a gun, and that they’re a mental health counselor,” Napoleon said.

North Miami Police have not released the officer’s name or an update on their investigation. However, they did say that the State Attorney is now involved with the investigation.