Virginia Lifeguard Attempts To Drown Himself 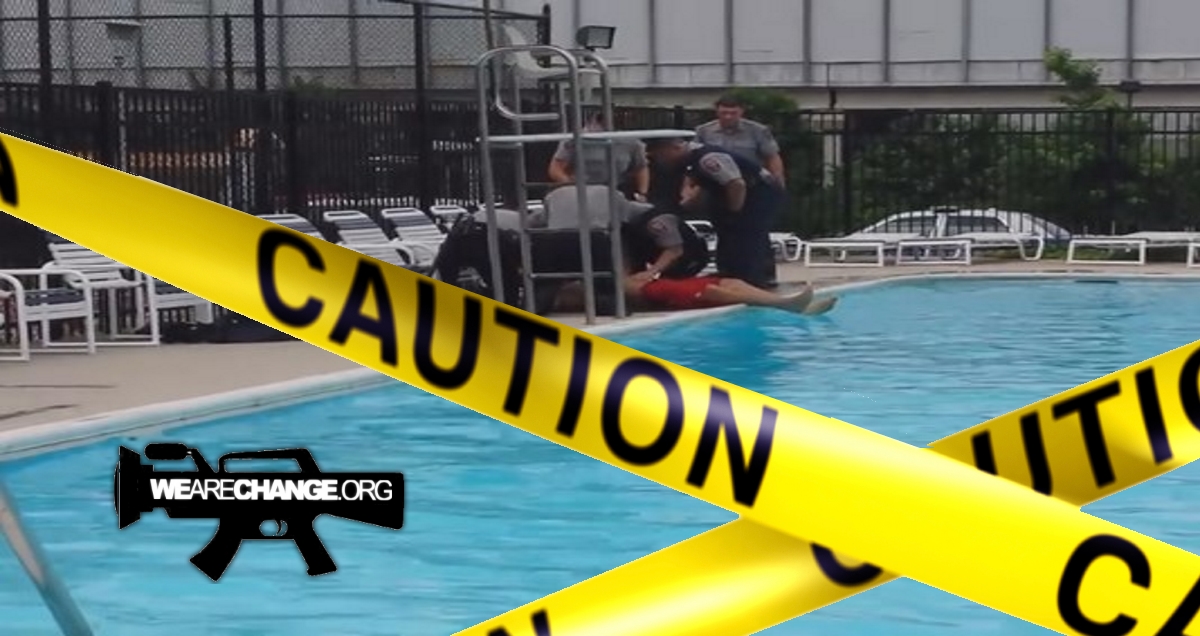 ALEXANDRIA, Va. (WUSA9) — A lifeguard apparently tried to drown himself, while police watched.

The incident happened at the Riverside Apartments in Alexandria near the Beltway and Route one.

Fairfax County Police were called because the 20-year-old Polish lifeguard had been acting strange and constantly blowing his whistle.

When officers arrived, police say they evacuated the pool area and employed crisis intervention, trying to calm the young man down.

Cell phone video shows the lifeguard walking into the pool, then slowing going under and not coming back up for two minutes and 40 seconds.

Six police officers surround the pool and watched.  A civilian, who police say may be another lifeguard, talks to the officers, and then jumps in the pool and goes underwater.

Within seconds, three officers begin removing their gear and two officers jump in to assist the civilian who had pulled the man up.

The officers pulled the man out and began to perform CPR after not finding a pulse. They were able to bring back a pulse within seconds, saving his life, said 2nd Lt. Brian Gaydos.

Some people have been critical of thee officers for not jumping in sooner. Gaydos said it was not clear the man was trying to harm himself.

“At that point, it is not believed that the gentleman was making any verbal threats to himself, about harming himself.  And it seems to be just a fluid situation where they were talking to the gentleman, he was entering the pool, exiting the pool. And just trying to calm the situation down and get him the crisis intervention that he needed,” said Gaydos.

Fairfax County Police say the lifeguard, was speaking Polish, which made communicating with him very difficult. A Polish-speaking officer was called to help.

Asked about the criticism, Lt. Gaydos said if the man who jumped in was a lifeguard, that it was appropriate that he pulled the young man out, because police officers are not trained to do water rescues. Every Fairfax County Police Officer is training in CPR, he added.

“The officers would’ve put his life at risk if he would’ve jumped right in with all of his gear on. And then we would’ve had to rescue two people as opposed to one,” said Gaydos.

Police we’re also concerned the young man could have been combative and pulled someone else down.

After the man was pulled out, Fairfax County rescues crews arrived and used a ladder to climb over the fence.  It’s unclear why they were unable to use the door to the pool.

The young man was stabilized and taken to a Inova Fairfax Hospital.

Fairfax County Police say they are investigating a possible assault allegation against the lifeguard. They also say they are reviewing cell phone videos to assess how their officers performed during this crisis intervention.