WATCH: Woman Claims Rich And Powerful Men Trafficked & Locked Her In A Cage On Dr. Phil 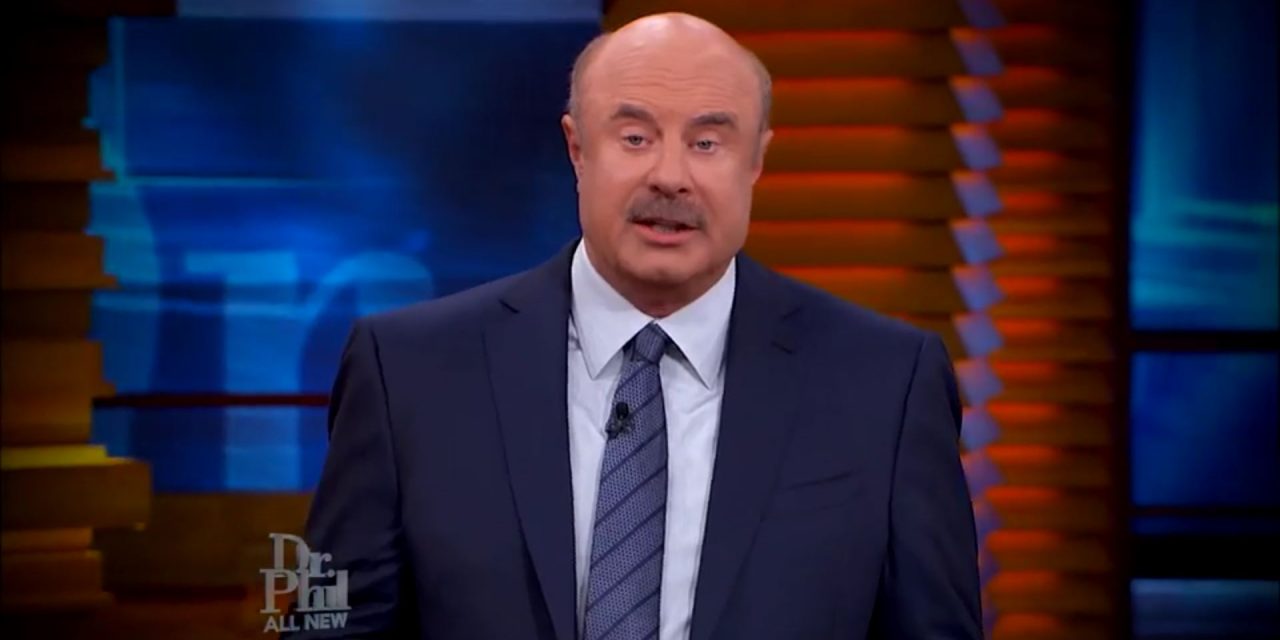 A woman known as Kendall recently appeared on the Dr. Phil show to describe her life in an international sex-trafficking ring. Kendall claims that she traveled all around the world to the most prominent events in the world and was forced to have sex with rich and powerful people all around the world.

The woman seemed to illustrate signs of confusion: “the man who owns me said that I wasn’t trafficked, I was made for that, and trafficking is when girls who aren’t made for that get kidnapped or sold into it.”

The man who owned her apparently tortured her, had her see about 15 clients a day, made her kill people, and have three babies, which were all taken away. She says that the man who owned her is intelligent, and has powerful connections throughout the globe.

Kendall says that her birth parents specifically had her to later sell her to the man she now claims owns her. She said that the first time she was forced to have sex was before she could talk, and that she “was used to it by the time I was two.” She followed up by clarifying that she doesn’t even know how old she is currently.

Kendall Was Even Afraid Dr. Phil Could Have Been Involved

Kendall seemed mortified and even terrified to be on the Dr. Phil show: “you’re a rich white guy, and that scared me. I thought that you maybe know him. Also, you don’t seem to like it when people lie, and I feel like all of these things are lies.”

When Dr. Phil asked, “What do you mean all these things are lies?” Kendall responded by saying:

“He really made me learn the difference between the truth and the lie, and all of the things I’m saying now are the ‘lies’ that I’m never allowed to say.”

When asked about what she was allowed to say, she said “the truth. He loves me. He was the only one who would be a father to me. He’s always done what’s best for me, and taken care of me… the reality and the truth aren’t the same thing… the reality is what’s happened, the truth is that not of that was bad.”

She clarified further by asserting that it’s okay to kill somebody, have sex with a five-year-old boy, murder a baby, and steal children from their mother – all things that she claims to have first-hand experience with.  She said these things were okay because they “had a higher purpose.”

Dr. Phil Offers Help From the “Top Resources in the Nation”

Kendall finished by saying that she is “confused,” which Dr. Phil took great relief in: “the fact that you’re confused means that this is an open subject for you, we’re in the game… this the beginning of our relationship, not the end… I have at my fingertips the top resources in the nation, lined up to help you, okay?”

It seems that Dr. Phil wants to help Kendall recover and recuperate back into society. Now the focus is on us to keep track of the information and confirm the facts of this story. If the story is true, as Kendall describes it, then it is time we work together to put down this international sex, torture and murder scandal.