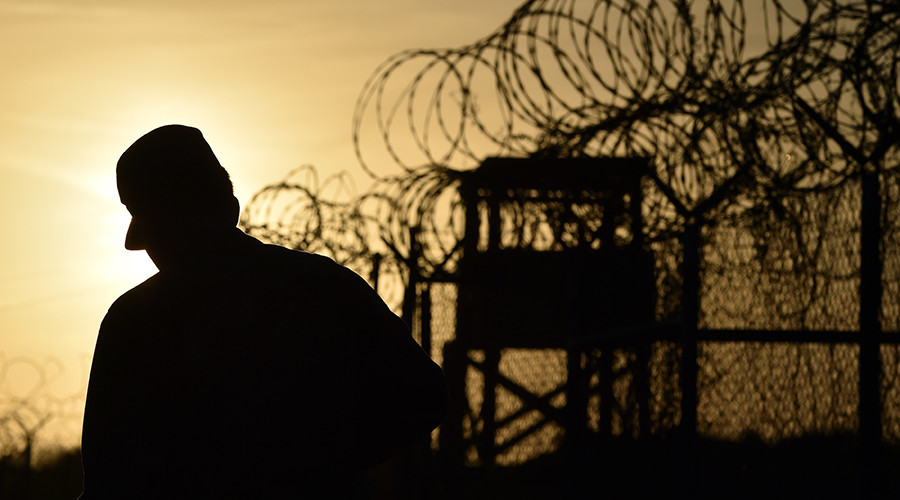 A document that is reportedly the draft for an executive order on re-authorizing torture was leaked Wednesday, and the White House has responded by claiming that is it not authentic.

The document titled, “Detention and Interrogation of Enemy Combatants,” was leaked online through the Associated Press and New York Times.

WH Press Secretary Sean Spicer responded to the allegations by insisting that it “is not a White House document.”

Washington Times’ Paul Bedard asked Spicer, “Can you shed any light on this draft memo that’s going around about interrogation practices what agency did it originate from?”

Spicer replied, “I don’t know, it’s not a White House document… I have no idea where it came from. I don’t know how much clearer I can say it.”

However, President Trump, himself, declared in an ABC news interview, set to air this week, that torture works.

“We have to fight fire with fire,” Trump said, when asked abut how he plants to combat ISIS.

If true, the drafted document would do more than just review interrogation techniques, it would re-open black site facilities outside the U.S.

The draft order would also call for the Pentagon to send captured “enemy combatants” to Guantanamo Bay, Cuba. More specifically, the draft calls for reinstating an executive order signed by President George W. Bush in 2007, that would allow for the use of cruel and inhuman treatment of detained high-level terrorist suspects.

Further, the document itself instructs national security officials to “recommend to the president whether to reinitiate a program of interrogation of high-value alien terrorists to be operated outside the United States and whether such program should include the use of detention facilities operated by the Central Intelligence Agency.” This would call in line with what Trump said during the interview with ABC.

This comes after Trump’s CIA director, Mike Pompeo, said in his confirmation hearing that he would consult with experts in government on whether current restrictions were an “impediment to gathering vital intelligence to protect the country or whether any rewrite of the Army Field Manual is needed.”

John Mccain spoke out and said, “The president can sign whatever executive orders he likes. But the law is the law. We are not bringing back torture in the United States of America.”

House Speaker Paul Ryan agreed with Mccain, and provided further information on the origin of the document.

“My understanding is this was written by somebody who worked on the transition before.” Ryan said to MSNBC. “This is not something the Trump administration is planning on, working on.”

176 retired military personnel wrote Trump a letter stating that torture is not necessary.

Do you think this document is legitimate or just another case of the press being fooled by 4chan and a failed MI6 agent? Let us know in the comments.