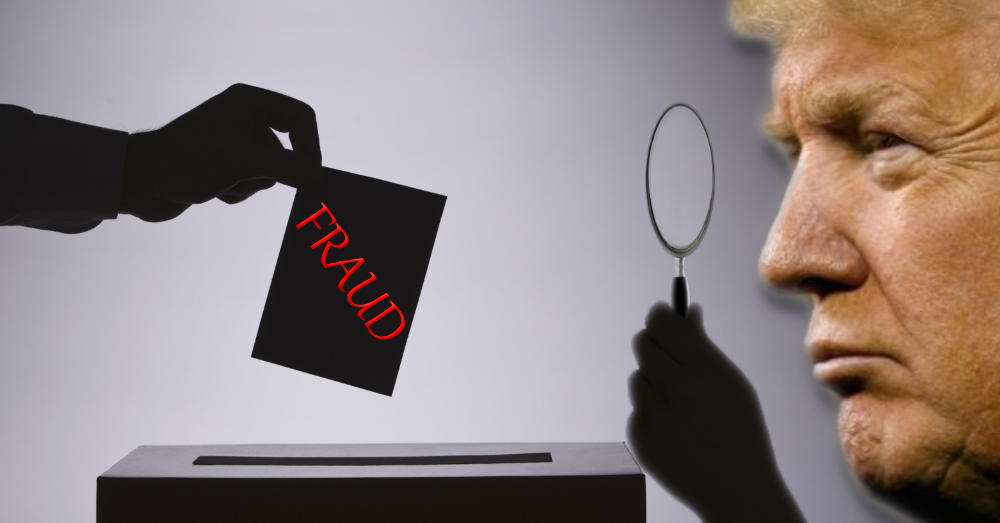 President Trump has announced that he will open a vigorous investigation into voter fraud, something that the Democrats have claimed does not exist.

I will be asking for a major investigation into VOTER FRAUD, including those registered to vote in two states, those who are illegal and….

even, those registered to vote who are dead (and many for a long time). Depending on results, we will strengthen up voting procedures!

Using Twitter, Trump announced that he would “investigate the anomaly of dead people voting and people who are registered in two states” amongst other methods of committing voter fraud.

He added, that “we will strengthen up voting procedures.”

In a moment of irony, The Guardian has uncovered that Trump’s own senior adviser Steven Bannon is registered in both New York and Florida to vote. This is not illegal unless he voted in both states, and is not a sign of voting fraud.

Although the Democrats and mainstream media have said that “voting fraud doesn’t exist”.

With those exact words being echoed by President Obama who even said, “You’re Likelier to Get Struck by Lightning’ Than See Voter Fraud.”

According to WIkiLeaks’ Stratfor emails, Barack Obama’s own 2008 election was manipulated by Democrats.

Despite these outrageous notions that “fraud doesn’t exist” Democrats joined the Green Party effort to audit three states after the election for that exact reason. It’s no secret that voting fraud does exist and that the machines have horrible security; read our previous article on all the election primary fraud in favor of Hillary Clinton against Senator Bernie Sanders.

Sanders himself has even tweeted out that “voting fraud barely exist[s]” besides numerous cases against him.

The great political crisis we face is not voter fraud, which barely exists. It's voter suppression and the denial of voting rights.

[RELATED: Media Blackout: Elephant in the Room Incredible Election Fraud All in Favor of Hillary Clinton]

Contrary to popular belief, despite the efforts of MSM and the Democrats saying that election fraud didn’t occur in the 2016 election against Trump, there was a slew of it caught in a varying number of ways.

I’m not shilling for Trump, but facts are facts; there were people within the Republican party who hated him and wanted him to lose so why would election fraud be in his favor? However, on Clinton’s side there were already numerous allegations and even court cases showing election fraud.

It was even suspected that Shawn Lucas, a lawyer,  was to be murdered for coming forward with a lawsuit that exposed these criminal acts against “we the people.”

That’s not all, though, there were cases of dead voters registered in key swing states, voter registration switching, even vote switching at the polls from Trump to Hillary reported on the day of the election all across the U.S. archived here in case it gets deleted.

TTV is leading a forensic audit we believe will reveal millions of illegal votes. All data, all methodologies will be published. ETA is…

Months from now. States are just beginning to release '16 data. This is a big, big undertaking. It's too important to rush, but it's coming

With the evidence of election fraud presented in this article, how can the Democrats, Republicans or anyone for that matter, ever claim that “election fraud doesn’t exist”?

As TrueTheVote notes, this is not a Republican or Democrat issue, it’s an “inconvenient truth” that this is an issue of democracy, and whether our vote really counts.  Many suspect that presidents have been *selected* and not *elected* “Now it’s time to expose the problems…and then fix them.”