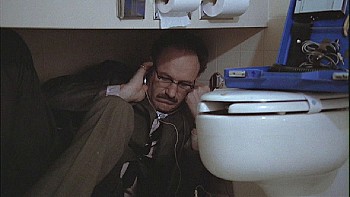 The New York Times is reporting that the CIA took what Sen. Mark Udall (D-Colo.) called “unprecedented action” against the Senate Intelligence Committee in response to an investigation of the spy agency’s actions following the 9/11 attacks.

The [Senate Intelligence] committee has spent several years working on a voluminous report about the detention and interrogation program, and according to one official interviewed in recent days, C.I.A. officers went as far as gaining access to computer networks used by the committee to carry out its investigation….

The specifics of the inspector general’s investigation are unclear. But several officials interviewed in recent days — all of whom insisted on anonymity, citing a continuing inquiry — said it began after the C.I.A. took what Senator Mark Udall, Democrat of Colorado, on Tuesday called an “unprecedented action” against the committee.

The action, which Mr. Udall did not describe, took place after C.I.A. officials came to suspect that congressional staff members had gained unauthorized access to agency documents during the course of the Intelligence Committee’s years-long investigation into the detention and interrogation program.

Welcome to the 21st century, which is looking a whole lot like the 20th when it comes to CIA fooling around in places it shouldn’t be. The Times story is short on specifics but includes this gem from Sen. Dianne Feinstein (D-Calif.) who generally has never met a government incursion against civil liberties she doesn’t like.

Asked about the tension between the committee and the spy agency it oversees, Ms. Feinstein said, “Our oversight role will prevail.”

It seems so different, I guess, when your privacy is being undermined. Anything that gets the government to be better about living within constitutional constraints is a good thing.