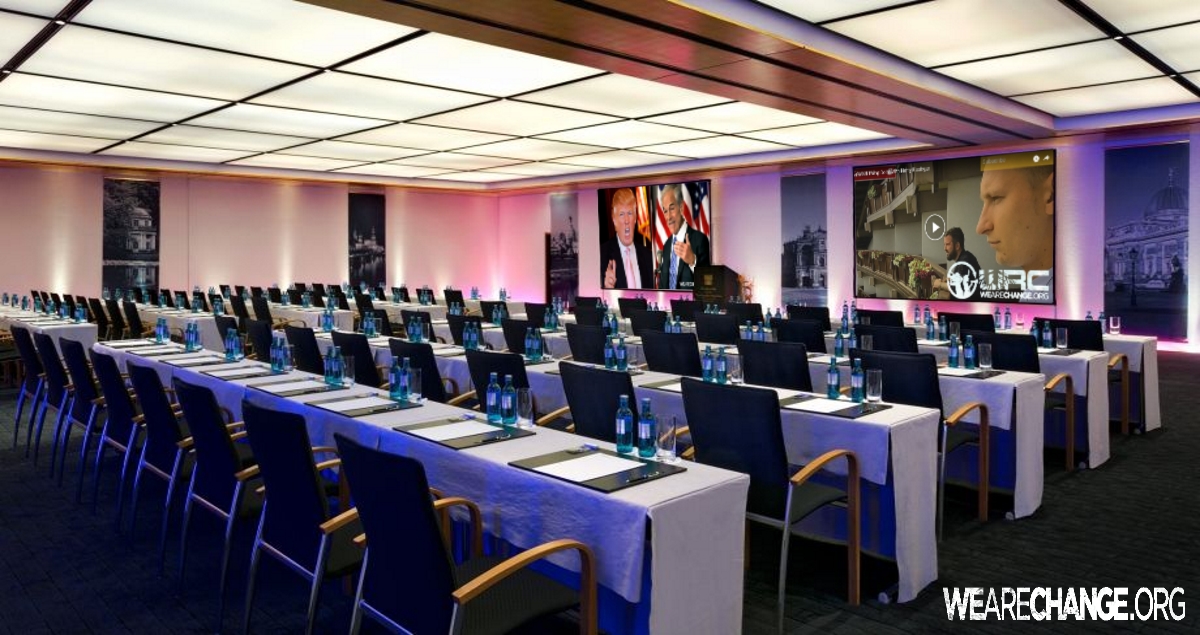 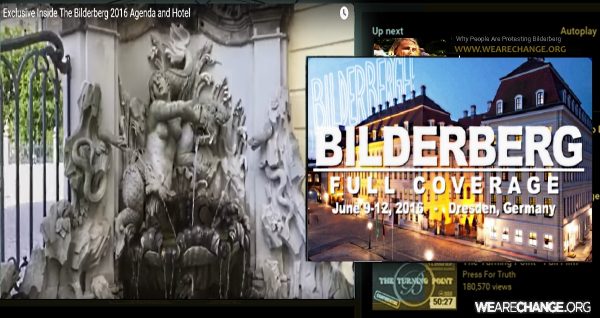 This year prime ministers, finance ministers, leading entrepreneurs and a former spy chief are among the attendees at this year’s influential Bilderberg conference, but one regular guest, George Osborne’s name is missing from the Bilderberg website.

The guest list for the conference, which begins on Thursday in Dresden, was released on Tuesday and includes a large number of senior politicians and policymakers, dozens of bank bosses and high-finance billionaires who will gather inside the newly erected security fence around the Hotel Taschenbergpalais.

Two prime ministers, four finance ministers, the head of the IMF and a vice-president of the European commission are all listed as attendees. With so many politicians present, including three members of the German cabinet, the German military has been drafted in to oversee security.

Army officers have been meeting conference staff, scouting the round the hotel and taking photos of the entrance. They’re working with corporate security from Airbus to make sure the politicians are kept safely away from the press for the entire three-day conference.

No one wants the Danish minister of justice or the deputy prime minister of Turkey to have to field awkward questions, such as: “Where do you stand on corporate lobbying?” Especially when they’re standing between the chairman of HSBC and the president of Siemens.

Airbus is also responsible for an elaborate arrangement of bubble tents and staging being put up in the courtyard of the hotel, according to some of the workmen.

The aerospace manufacturer and seventh biggest arms company in the world is a key player at Bilderberg 2016. Every year, a major corporation with links to the Bilderberg steering committee coordinates security for the event with the police: at Watford in 2013 it was Barclays. This year it’s Airbus. Which makes the whole conference even more obviously the corporate lobbying event that it is –with giant corporations handling everything from security to dry ice. And it makes the silence of the politicians who attend even more egregious.

Even a cursory comparison between the guest list and the conference agenda raises red flags. All those finance ministers sitting round discussing the “geopolitics of energy and commodity prices” with the group chief executive of BP, the vice-chairman of Portuguese petroleum giant Galp Energia, and the CEO of Royal Dutch Shell. And then afterwards saying nothing to their respective parliaments about what they discussed. It’s so off-the-chart inappropriate that it beggars comprehension.

On the subject of Royal Dutch Shell, the king of the Netherlands is due to attend this year’s conference, replacing his mother, Beatrix, at the heart of Bilderberg. Given his family’s long-standing interest in big oil, King Willem-Alexander will doubtless have lots to talk about with the Dutch environment minister, Sharon Dijksma. King Willem-Alexander of the Netherlands will replace his mother, Beatrix, at the heart of Bilderberg. Photograph: www.livemint.com

It’s great for everyone that these high-level talks between policymakers and the heads of transnational oil companies get to take place in heavily guarded privacy, with no press oversight whatsoever. Especially great if you’re on the board of BP.
Like, for example, Sir John Sawers. As well as being a director of BP, the silken, Blairish former MI6 boss is a member of Bilderberg’s steering committee, and the chairman of Macro Advisory Partners, a global advisory group with heavy links to the transatlantic intelligence community, very much in the style of Kissinger Associates.

And speak of the devil! The ageless 93-year-old former US secretary of state will be holding court at Dresden, croaking out his wisdom from the throne of bones he has shipped everywhere he goes. You just can’t keep a bad man down. Henry Kissinger still meets with George Osborne to advise the chancellor on geopolitics, and recently had a much publicized meeting with Donald Trump. I would say I’d like to have been a fly on the wall of that room, but I fear Kissinger’s tongue would have had me off the wall in seconds. 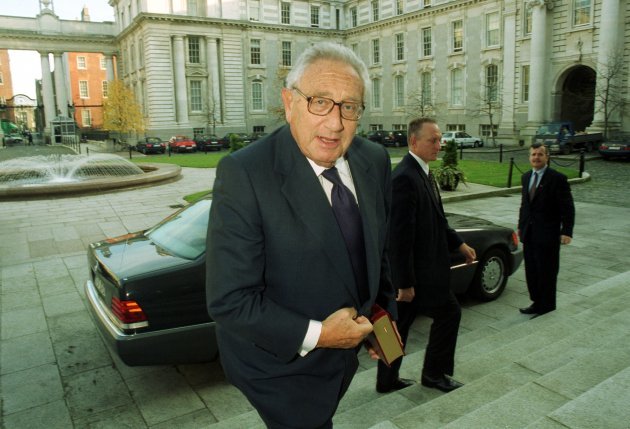 Kissinger must be thinking harder than usual about the future, which perhaps explains Bilderberg’s recent interest in artificial intelligence. Henry must be desperate to upload his consciousness into a Pentagon drone, so he can flit more easily between geopolitical summits, and drop the occasional bomb on a village for old times’ sake. In Dresden, Kissinger will be getting tips on where to have his USB sockets fitted from the AI expert Demis Hassabis, the director of Google’s DeepMind project, as well as the co-chairman of OpenAI, Sam Altman.

With Reid Hoffman, the founder of LinkedIn, back at the buffet this year, it seems that Bilderberg’s love affair with Silicon Valley is flourishing. And with cyber-security high on the conference agenda, we have to spare a mention for Alex Karp, the CEO of the surveillance and data-mining giant Palantir.

A rising star of big business, Karp is the qigong-loving lieutenant of Bilderberg regular Peter Thiel (director of Facebook, founder of PayPal). The steely-eyed Karp is a bit like a younger, more hippyish Kissinger, and was recently welcomed to the board of the Economist Group, a sure sign of being accepted by the establishment.

And that’s what this year’s Bilderberg looks like: the financial, industrial and high-tech transatlantic establishment. Still powerful enough to have ministers and European commissioners come running when they open their doors, but perhaps a bit more anxious than in recent decades. Russia and China are still bubbling around their agenda, and now there’s a new concern: Brexit.

Many of the participants at this year’s Bilderberg have spoken out publicly against it. And on this year’s agenda we find the intriguing topic: “Europe: migration, growth, reform, vision, unity”. Since it began back in the 1950s, Bilderberg has been pushing for the unity of Europe, and it’s not about to stop now.

Thomas Enders, the CEO of Airbus, said recently: “The aerospace industry – I think amongst others – will lobby… for a yes vote of the British electorate on the EU.” Whatever happens in the days leading up to the referendum, you can be sure Bilderberg will be lobbying hard. After all, it’s what they do best.