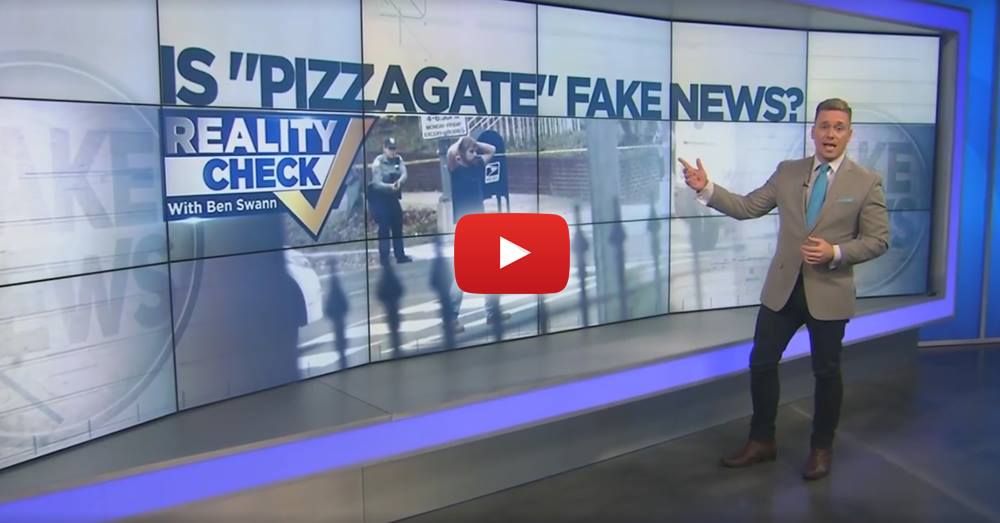 CBS46’s Ben Swann became the first mainstream media anchor to investigate the alleged child trafficking sex ring referred to as “PizzaGate” on Thursday. He broke down all of the key details surrounding the story during a “Reality Check” segment.

Internet sleuths set out researching the leaked Wikileaks John Podesta emails and uncovered what appeared to be coded messages.

“There are no emails that discuss child sex trafficking or pedophilia, but there is no denying that there is evidence of strangely coded messages,” Swann said.

There is no mistaking the use of coded messages within the Podesta emails, but their meaning remains speculative. Although one specific email regarding a “pizza related handkerchief map” seems to indicate that there is more beneath the surface.

The term “Cheese Pizza” is often used by pedophiles as the acronym “CP” for child pornography.

Swann goes on to describe James Alefantis and his connections to the Podestas and Clintons. He also exposed the lie previously pushed by the MSM Alefantis is not involved with the Podesta emails.

What researchers found next were symbols that matched a declassified 2007 FBI document describing symbols that pedophiles use to communicate with each other.

One of the symbols being “Besta Pizza.” What Swann does not note is the obvious symbol for Politics and Prose. A much more detailed breakdown of “PizzaGate” is in the article below:

It’s worth noting that there are already previous pedophilia connections between convicted sex offender, Jeffery Epstein, and the Clintons. Bill Clinton is known to have traveled on Epstein’s private jet, nicknamed the “Lolita Express,” without any Secret Service protection at least 26 times. Epstein donated at least $25,000 to the Clinton Foundation in 2006, a year after he was arrested on charge of sexually abusing a minor.

Epstein got off with just a slap on the wrist for participating in one of the largest child sex trafficking rings with no question as to why. Police are also investigating Sir Clement Freud’s possible connection to the Madeleine McCann case.

Swann noted that one of the strangest things about the PizzaGate scandal is that it still has yet to be investigated by law enforcement:

“For all that is here, there has not been one single public investigation of any of this. Not from local police, not from the FBI, no one. And that has to be the big question. Not for Podesta, or for pizza parlor owners, but for law enforcement. Based on what may be or what may not be here, the big question is, why hasn’t any investigation taken place?”