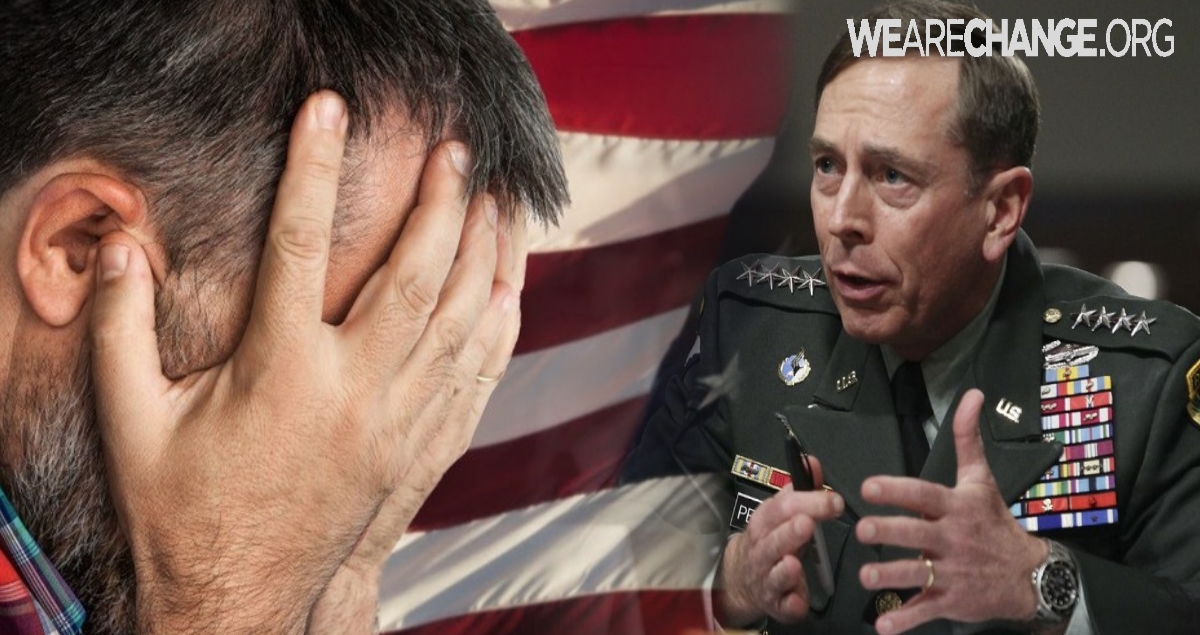 These Folks Can Talk All they Want About Guns

Here’s a story we were meaning to get to, and then a whole bunch of other stuff happened. Last Friday, retired Army general and former CIA director David Petraeus and Mark Kelly, the retired NASA astronaut and husband of former congresswoman Gabrielle Giffords, announced they were forming a new gun safety organization to be called the Veterans Coalition for Common Sense. The group will invite veterans of all branches of the armed forces to urge lawmakers at the state and federal levels to toughen gun laws. For some reason, coverage of the new group has been overshadowed by other events.

In a press release announcing the new group, Kelly said,

As service members, each of us swore an oath to protect our Constitution and the homeland. Now we’re asking our leaders to do more to protect our rights and save lives…Gabby and I are grateful to all of these incredible veterans and leaders who are using their voice to call for commonsense change that makes our communities safer.

The founding members of the group’s advisory board features a whole bunch of retired brass, including Kelly, a former Navy captain; Petraeus, who led the military’s “surge” strategy in Iraq; former Army General Wesley Clark; former Coast Guard Commandant Admiral Thad Allen; former Air Force General and director of the NSA Michael Hayden; former Gen. Stanley A. McChrystal, who commanded all U.S. forces in Afghanistan; and retired Army General Claudia Kennedy, the Army’s first woman to reach the rank of 3-star general. Plus enough assorted other retired generals and admirals to fill the backs of all the convertibles in several cities’ Veterans Day parades.

The usual gun-humping morons won’t get away with claiming these people don’t know a clip from a magazine.

The new veterans’ lobbying group is an outgrowth of Americans for Responsible Solutions, which was founded by Kelly and Giffords after Giffords was severely injured in the 2011 Tucson shooting that killed six and wounded 12 others. Petraeus, for all his post-military embarrassment, knows a thing or two about the effects of careless firearms use — in 1991, he was hit in the chest with a stray round from an M-16 when a soldier tripped and discharged the gun during a live-fire exercise. Unlike most civilian bystanders hit by stray gunfire, when he returned from the hospital he did 50 push-ups within days of being shot.

Because they have both military and gun-owning cred, the group seeks to demonstrate that reasonable measures to reduce gun deaths can coexist with the Second Amendment:

As gun owners and strong supporters of the Second Amendment, Gabby and Mark know we must protect the rights of Americans to own guns for collection, recreation, and protection. But they also agree with the vast majority of Americans, including gun owners, that commonsense protections from gun violence can prevent shootings from shattering communities like Tucson, Aurora, and Newtown.

Even commonsense solutions to protect our communities from gun violence have been hard to achieve. Why? Because entrenched interests like the gun lobby have used big money and influence to stop Congress from acting.

The new group will focus on strengthening gun laws, particularly given the high number of suicides using handguns. About two-thirds of gun deaths in America are suicides, and veterans account for an alarming number of suicides as well. Mark Prentice, communications director of Americans for Responsible Solutions, said vets are among the nation’s most experienced users of firearms, and in a position to speak knowledgably about firearms:

“But we also believe that we should be doing everything we can to keep guns out of the wrong hands and help address gun suicides as well,” Prentice said.

Approximately 22 veterans commit suicide each day, according to the Department of Veterans Affairs […]

Along with addressing that crisis, the initiative seeks to close background check loopholes, strengthen existing gun control laws and partner with other veterans groups. “Many of these veterans have seen the role guns play in the hands of trained responsible people but they also understand the consequences when they fall into the wrong hands,” said Prentice.

Advisory board member Rear Admiral Jamie Barnett emphasized that military members know their way around guns, and may be a valuable part of advocating for better regulation of weapons:

“I saw first-hand the incredible power of firearms, and I know the precautions we taught to keep people safe,” Barnett said. “But I also know the dangers guns pose when they are in the hands of dangerous people.”

We hear that people in the military are actually required to receive extensive training in the safe and effective use of their weapons. That seems counterintuitive, since every time there’s a mass shooting, blog comment sections fill up with explanations that requiring training to own a gun is tyrannical, and the average civilian with a Glock purchased at a pawn shop could almost certainly have stopped every mass shooting that ever happened.

Don’t Forget WE ARE CHANGE is INDEPENDENT we Need Your Help To Get  The Word Out ..