If You Don’t read this the Terrorists Win ! 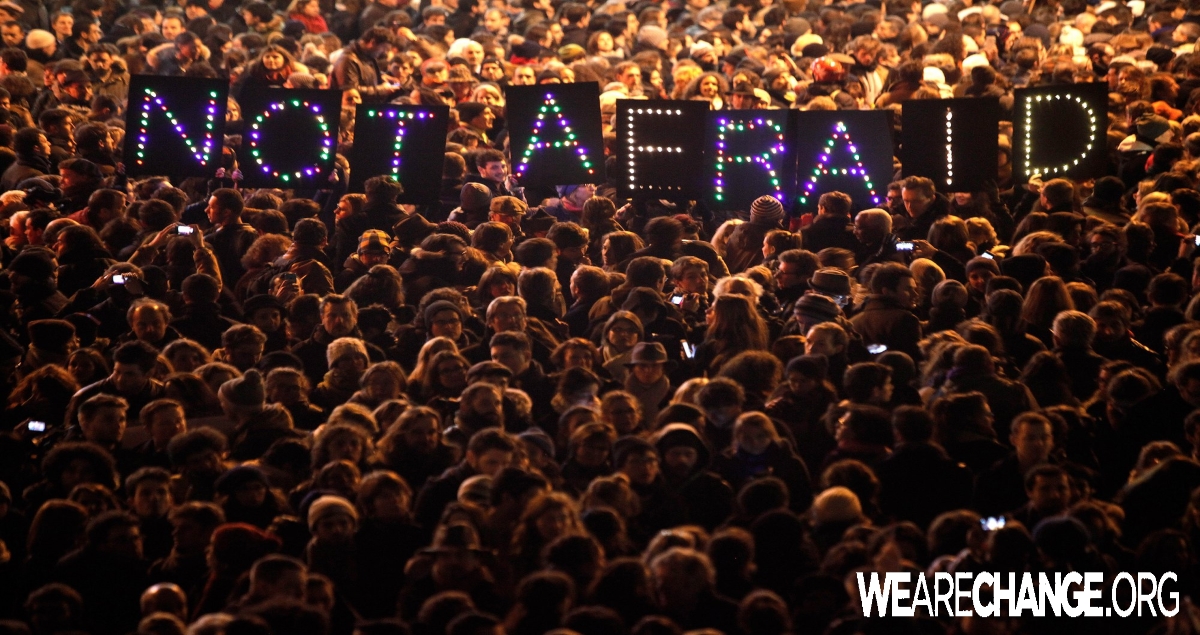 If You Don’t read this the Terrorists Win 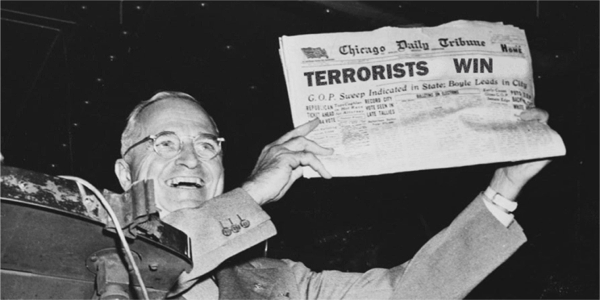 United States — We — not solely the U.S. government, but all of us — collectively drive a now-endless cycle of terrorism. Nearly all of us can claim the dubious distinction of creating the exact terrorists we claim to abhor.

We are, in fact, manufacturing terrorists each time we respond to massacres in Orlando, Paris, Brussels, San Bernardino, and elsewhere in the usual manner — with the implementation of strict gun laws, increased surveillance tactics, or even the absurd banning of every member of one religion entering the country — because the fierce division such responses elicit is precisely what terrorists intend.

Extremism relies on your outrage against the faith it claims to represent. Broad targeting of one religion, particularly based on an absurdly simplified understanding of it — as opposed to focusing on the attackers as individuals — cements absolutist polarization. By demonizing the religion of Islam, in this case, as a whole, we advance the terrorists’ agenda.

If we hate Islam, or harbor unjustifiable suspicions against its adherents, we eliminate what Daesh calls ‘the Grayzone’ — the moderate, middle ground wherein the overarching number of Muslims practice their faith — damning the entire religion for the actions of a few who fallaciously claim to uphold its tenets.

“In other words, the gray zone is the realm of coexistence, communication, cooperation, and commerce among people of different creeds,” Dan Sanchez explains. “The gray zone is where civilization resides.”

Without acknowledging and affirming the presence of this enormous segment of Islam, we allow an ambivalent atmosphere of our own making to drive policy and cultural acceptance of both stereotype and bigotry — in turn alienating those who would otherwise live peacefully among us without issue.

Terrorists of any religion comprise a tiny fraction of a miniscule percentage of that faith — and that might be their worst handicap, were it not for the polarization acts of terror ignite. As we witness social media exploding in vitriolic anti-Islam posts, consider Daesh’s own description of the benefits reaped in the vanishing gray zone:

“The grayzone is critically endangered, rather on the brink of extinction. Its endangerment began with the blessed operation of September 11th, as these operations manifested two camps before the world for mankind to choose between, a camp of Islam … and a camp of kufr — the crusader coalition.”

And 9/11, Daesh noted, as cited by Sanchez, “quickly exposed the different deviant ‘Islamic’ movements … as all of them rushed to serve the crusaders led by Bush in the war against Islam. And so, the grayzone began to wither

While it may be well understood aggressive bombing campaigns and invasions of multiple largely Islamic nations under-girding U.S. foreign policy have fueled burgeoning interest in various radical groups, the willful forgetting by so many Westerners that Islam, itself, cannot logically be held accountable for individual acts of terror denotes the power in those acts.

Peacefully coexisting and maintaining a willingness to understand one another — or, at the least, ignoring others in their right to live undisturbed by bigotry — would knock terrorism directly in its supporting knees.

In contrast, succumbing to fearanoia propagated by mainstream media in its advancement of the government’s foreign policy goals — which, if history dictates the timeline of dying empire, isn’t likely to drastically change anytime soon — will manufacture the terrorism illogically claimed as the target of the massive, unhinged U.S. war.

As the blatantly rigged 2016 presidential elections prove, we can’t effectively change government — but we do harbor a unique capacity to thwart its ability to manipulate and pit us against one another by refusing to hate. Refusing to blame the undeserving. Refusing to allow fellow, ordinary civilians to be treated as if their existence begets terrorism.

Because it doesn’t. That responsibility falls on our shoulders. 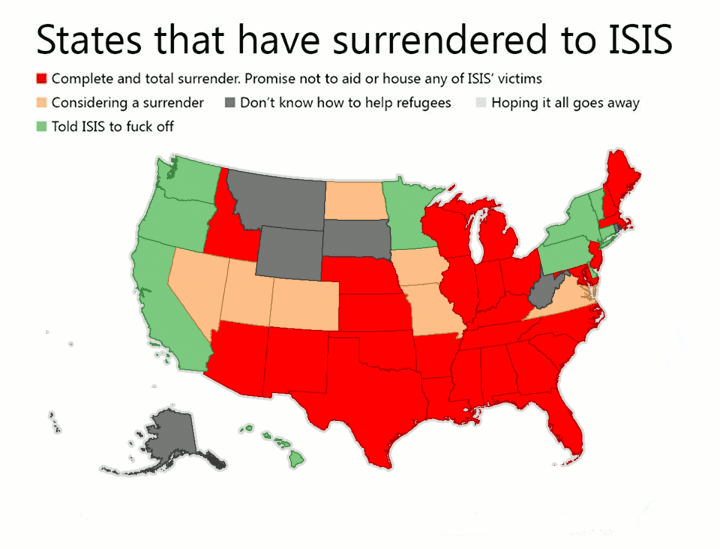 Satire / Not really but expressive of an idea of surrender.

This article (Read This if You Don’t Want the Terrorists to Win) is an opinion editorial (OP-ED). The opinions expressed in this article are the author’s own and do not necessarily represent the views of Anti-Media. You have permission to republish this article under a Creative Commons license with attribution to Claire Bernish and theAntiMedia.org. Anti-Media Radio airs weeknights at 11pm Eastern/8pm Pacific. If you spot a typo, email edits@theantimedia.org.