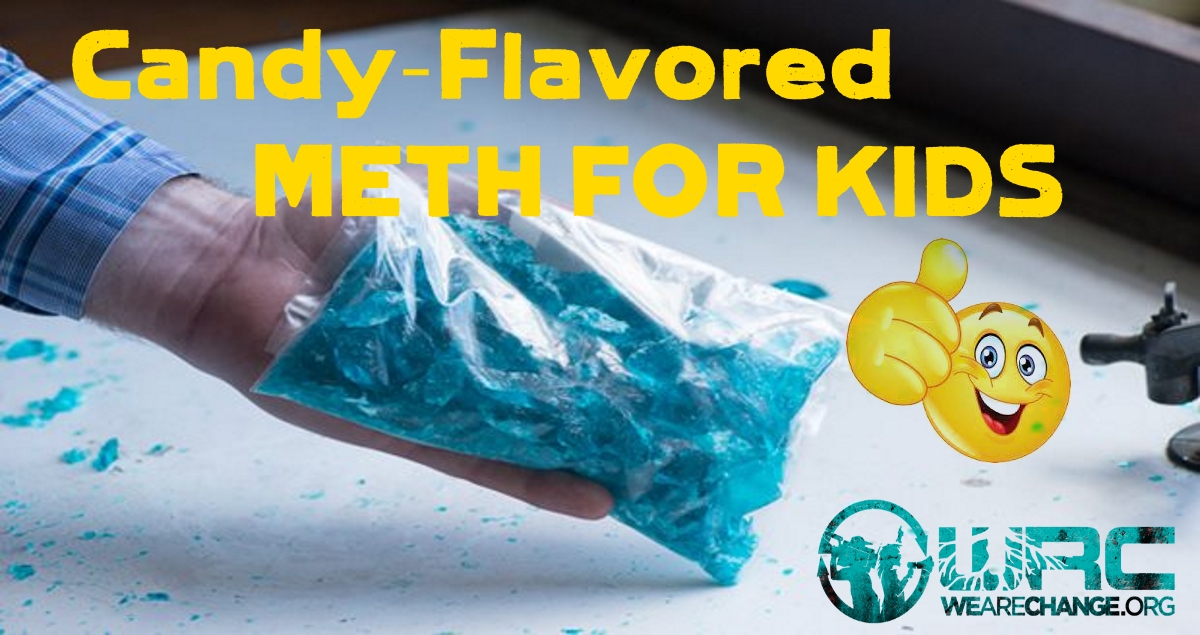 While some lawmakers in legal marijuana states are pushing to outlaw cannabis edibles that resemble sugary treats in an effort to protect the well being of the children, the federal government has just approved a candy-flavored amphetamine-based medication that will be marketed to kids with attention deficit hyperactivity disorder (ADHD) later this year.

A recent report from the folks at STAT News indicates that a new version of speed hit the pharmaceutical market last week called Adzenys, a chewable, fruit-flavored drug designed with the same active ingredient as other popular ADHD medications, such as Adderall. The drug, which is essentially extended release gummy meth, was approved earlier this year by the Food and Drug Administration for patients as young as six years old.

Not surprisingly, the medication is already stirring up a significant level of controversy in the healthcare community due to fears that chewable speed that tastes good will lead to an increase in abuse and overdoses.

But that is not stopping Neos Therapeutics, the Dallas-based pharmaceutical company responsible for designing the drug, from launching a sinister marketing campaign in hopes of getting “ahead of back-to-school season,” according to the company’s CEO Vipin Garg. “We’re launching now at full speed.”

The company boasts that its 125 sales representatives have not had any issues setting up appointments with physicians all over the country who are fully prepared to start recommendingAdzenys.

“We are encouraged by the initial feedback from physicians during the pre-launch phase and we are even more confident that there is a strong desire on the part of physicians and caregivers for once daily orally disintegrating treatment alternative to health managed ADHD,” Garg said.

Unfortunately, while the federal government remains cavalier to the prescription drug epidemic currently sweeping the nation, some of the latest data shows that, over the past decade, the recreational use of medications like Adderall have increased in adults by 67 percent. What’s worse is the average consumer seems to be completely oblivious that these nicely packaged prescription medications are manufactured similarly to popular illegal substances, like methamphetamine, which law enforcement and government agencies have been telling them to avoid all of their lives.

“The public remains almost entirely ignorant of the fact that methamphetamine produces nearly identical effects to those produced by the popular ADHD medication d-amphetamine (dextroamphetamine). You probably know it as Adderall: a combination of amphetamine and d-amphetamine mixed salts,” wrote Dr. Carl Hart, professor of psychology and psychiatry at Columbia University, in a piece for the Influence.

Some recent reports suggest that edible marijuana, specifically products that resemble candy, are sending children to the emergency room in states that have legalized the herb for medicinal and recreational purposes. In fact, an article published this week in Today indicates there were 4,000 calls to poison control in 2015 for kids and teens exposed to pot. Although none of these incident created any life-threatening situations, physicians say the kids who accidentally ingest these products — mostly due to the negligence of the parents — are experiencing “nausea, vomiting, disorientation, anxiety-like reactions and even psychotic reactions that can make them do things they wouldn’t normally do.”

These types of reports are cramping the style of the cannabis industry in some states. Lawmakers in Colorado recently introduced legislation aimed at banning edible marijuana gummies that resemble fruits, animals, people, and anything else children might find attractive. Yet there are no protections in place at the federal level to prevent pharmaceutical companies, like Neos Therapeutics, from manufacturing candy-flavored versions of a drug that is known to cause serious harm, including sudden death, in children and adults.

But even though the Food and Drug Administration has evidence proving that amphetamine-based medications can kill, there have been so few fatalities that the federal agency continues to declare these substances safe and effective in the treatment of ADHD and narcolepsy. However, these drugs often cause common medical conditions, including fatty liver, heart attack, seizures, stroke, and psychotic episodes – all increasingly more possible for a child to experience after eating too much of his or her medication because it looks and tastes like candy.