Hillary Clinton Could be Indicted on Federal Racketeering Charges 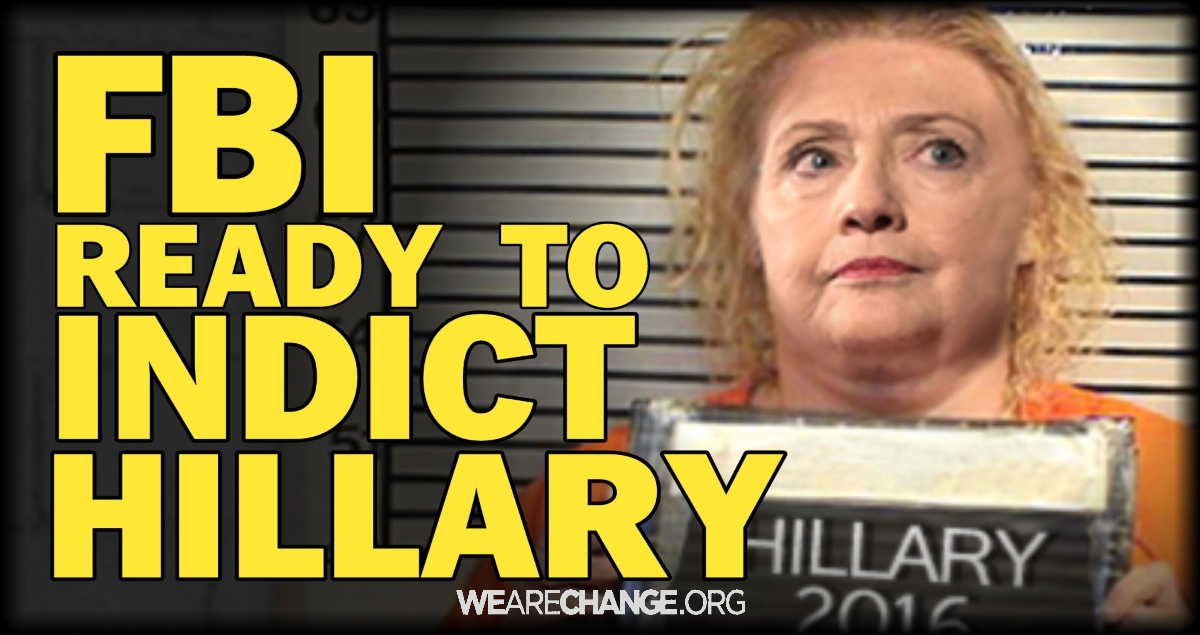 Hillary Clinton  Could be Indicted on Federal Racketeering Charges “The New York Timesexamined Bill Clinton’s relationship with a Canadian mining financier, Frank Giustra, who has donated millions of dollars to the Clinton Foundation and sits on its board. Clinton, the story suggests, helped Giustra’s company secure a lucrative uranium-mining deal in Kazakhstan and in return received “a flow of cash” to the Clinton Foundation, including previously undisclosed donations from the company’s chairman totaling $2.35 million.”

Initially, Comey had indicated that the investigation into Hillary’s home brewed email server was to be concluded by October of 2015.  However, as more and more evidence in the case has come to light, this initial date kept being pushed back as the criminal investigation has expanded well beyond violating State Department regulationsto include questions about espionage, perjury and influence peddling.
Here’s what we do know.   Tens of millions of dollars donated to the Clinton Foundation was funneled to the organization through a Canadian shell company which has made tracing the donors nearly impossible.  Less than 10% of donations to the Foundation has actually been released to charitable organizations and $2M that has been traced back to long time Bill Clinton friend Julie McMahon (aka The Energizer).   When the official investigation into Hillary’s email server began, she instructed her IT professional to delete over 30,000 emails and cloud backups of her emails older than 30 days at both Platte River Networks and  Datto, Inc.  The FBI has subsequently recovered the majority, if not all, of Hillary’s deleted emails and are putting together a strong case against her for attempting to cover up her illegal and illicit activities.
A conviction under RICO comes when the Department of Justice proves that the defendant has engaged in two or more examples of racketeering and that the defendant maintained an interest in, participated in or invested in a criminal enterprise affecting interstate or foreign commerce.  There is ample evidence already in the public record that the Clinton Foundation qualifies as a criminal enterprise and there’s no doubt that the FBI is privy to significantly more evidence than has already been made public.
Under RICO, the sections most relevant in this case will be section 1503 (obstruction of justice), section 1510 (obstruction of criminal investigations) and section 1511 (obstruction of State or local law enforcement).  As in the case with Richard Nixon after the Watergate Break-in, it’s the cover-up of a crime that will be the Clintons’ downfall.  Furthermore, under provisions of title 18, United States Code: Section 201, the Clinton Foundation can be held accountable for improprieties relating to bribery.  The FBI will be able to prove beyond a reasonable doubt that through the Clinton Foundation, international entities were able to commit bribery in exchange for help in securing business deals, such as the uranium-mining deal in Kazakhstan.
It is a Federal Crime to negligently handle classified information under United States Code (USC) 18 section 1924.  It is a Federal Class A Felony under USC 18 section 798.  Hillary certified under oath to a federal judge that she had handed over to the state department all of her emails, which she clearly did not.  In spite of her repeated statements to the effect that everything that she did with her home brewed email server as Secretary of State was above-board and approved by the State Department,  theInspector General Report vehemently refutes this claim.  Hillary refused to be interview by the Inspector General’s office in their investigation, claiming that her upcoming FBI interview took precedent but it seems more likely that Hillary is more concerned about committing perjury or admitting to anything that can be used against her in a court of law.

“Secretary Clinton should have preserved any Federal records she created and received on her personal account by printing and filing those records with the related files in the Office of the Secretary.  At a minimum, Secretary Clinton should have surrendered all emails dealing with Department business before leaving government service and, because she did not do so, she did not comply with the Department’s policies that were implemented in accordance with the Federal Records Act.”

Hillary Clinton is guilty of exposing classified documents to foreign governments by placing them illegally on her server, of sending and receiving classified documents and conspiring with her staff to circumvent the Freedom of Information Act (FOIA) by avoiding the use of the State Department run servers.  Some of the documents were so highly classified the the investigators on the case weren’t even able to examine the material themselves until they got their own clearances raised to the highest levels.
While there is an excellent cast to be made the Hillary committed treasonous actions, the strongest case the FBI has is charging both Bill and Hillary Clinton as well as the Clinton Foundation of Racketeering.  There’s no wonder why it’s taken this long for the FBI to bring forward a recommendation.  The rabbit hole is so deep on this one that it has taking dozens of investigators to determine the full extent of the crimes that have been committed.   Perhaps the most interesting question here is whether or not the FBI’s investigation will be able to directly link The Clinton Foundation with The Hillary Victory Fund.  If this happens, the DNC itself may be in jeopardy of accusations of either being an accomplice or of being complicit in racketeering.