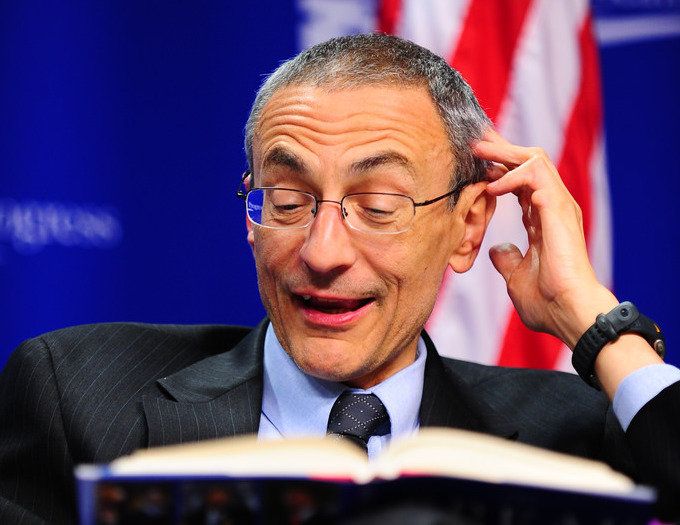 On the fifth of November in 2016, Abby Martin released a documentary exposing John Podesta.

In the episode of The Empire Files, Abby Martin explored John Podesta’s political rise, his vast network of corporate connections and his think tank “Center for American Progress.”

The so-called left wing of the establishment appear to be nothing more than an elite insiders club of the rich and powerful.

“With the Wikileaks release of thousands of emails belonging to John Podesta, very little is known about Podesta himself.

While he is treated as just a well-meaning Clinton supporter who has had his privacy unjustly exposed, he is actually one of the most powerful people in Washington, who has [been] operating mostly behind-the-scenes,” writes Martin.

What you’re not being told is that the report admits “disclosures through WikiLeaks did not contain any evident forgeries,”  contradicting previous claims made by the Clinton campaign to explain why there was so much corruption in the leaked emails.

No, Abby Martin wasn’t included in the official DNI report on Russia because of her show that ended two years ago.

U.S. intelligence hates Martin because she told the truth about John Podesta on the fifth of November.

She went on RT America with Anya Parampil to respond and offered an impassioned defense.