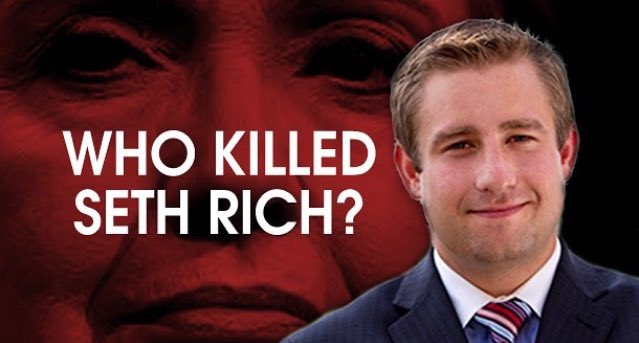 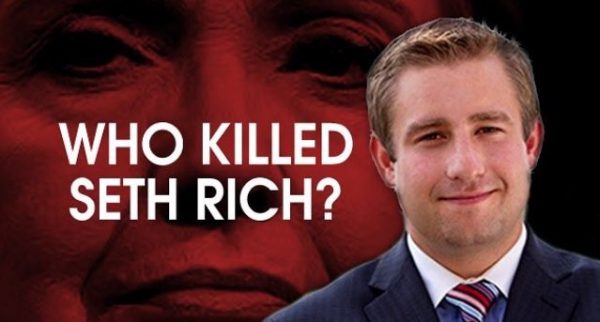 The highly irreverent and popular author Mike Cernovich has offered to match the  $20,000 reward offered by Wikileaks for information leading to the conviction of the person or persons responsible for the murder of DNC data analyst Seth Rich.

Cernovich told WeAreChange on Tuesday evening that he personally believes Rich was the source of the DNC leaks and lamented that the Clintons have “a lot of dead bodies around them.”

I'll match the $20,000 reward, will put money into escrow if requested by police. #SethRich https://t.co/rCJbVQ0lnW

Rich, 27, was previously employed at a data firm that worked with the Clintons before he began working at the DNC. Rich was found dead after being beaten and shot in the back twice as he walked home from his girlfriend’s house early on the morning of July 10. He was on the phone with his girlfriend at the time of his murder, and had told her not to worry as she heard noise on his end of the line.

The police stated that it appeared to be a botched robbery, but his family has argued that his wallet, phone, and watch were left on his body. His mother, Mary Rich, has also confirmed to the media that he was found with bruises on his face, knees and hands, leading them to believe that he had fought for his life.

“There had been a struggle. His hands were bruised, his knees are bruised, his face is bruised, and yet he had two shots to his back, and yet they never took anything,” his mother told NBC Washington. “They took his life for literally no reason. They didn’t finish robbing him, they just took his life. They hurt the community, and they hurt the long-term possibility of what he could have done.”

The timing of the case, as well as Rich’s position at the DNC — and thus access to their systems — have lead to rumors swirling since his death that he was the person responsible for the massive leak which lead to many in the party stepping down, including the controversial chairwoman Debbie Wasserman-Schultz.

There has been no evidence to corroborate the speculation, and no suspects named — but Rich is one of several people connected to the Clintons who have died in mysterious circumstances recently.

On Tuesday morning, Wikileaks posted a $20,000 reward for information — in addition to the $25,000 reward being offered by DC’s Metropolitan Police Department.

In an appearance on Dutch television on Tuesday, Wikileaks founder Julian Assange left the possibility open that Rich was their source.

“Whistleblowers often take very significant efforts to bring us material and often at very significant risks,” Assange said in an interview with the Dutch television show Nieuwsuur. “There’s a 27-year-old who works for the DNC and who was shot in the back, murdered, just a few weeks ago, for unknown reasons as he was walking down the streets in Washington.”

When asked by the host what he is alleging, Assange responded, “I am suggesting that our sources take risks and they become concerned to see things occurring like that.”

“We don’t comment on who our sources are,” he continued.

“We are investigating what happened with Seth Rich. We think it is a concerning situation,” Assange said. “There is not a conclusion yet; we are not willing to state a conclusion, but we are concerned about it. And more importantly, a variety of WikiLeaks sources are concerned when that kind of thing happens.”

Cernovich, who is also a lawyer and journalist, has been a controversial figure for quite some time — but has been bathing in the tears of Democrats perhaps more than usual this election, as he has taken aim at Hillary Clinton.

The unabashed Donald Trump supporter has been relentlessly investigating controversies surrounding the former First Lady, and on Tuesday evening stepped in to offer up an additional $20,000 reward for information on the death of Rich.

When Cernovich is not helping to start social media trends, he can often be found live streaming protests on his popular Periscope channel. Recently, Cernovich gave his viewers a behind the scenes look at what the mainstream media was ignoring at the Republican and Democratic National Conventions.

After helping to launch the viral hashtag #HillarysHealth this week, he has become the target of a media smear campaign calling his character into question based on out-of-context tweets from several years ago.

In total, there is now $65,000 being offered for information leading to the arrest and conviction of those involved in Rich’s murder.

Supporters and fans of Cernovich have recommended that he put in writing that he is not suicidal, you know, just in case.