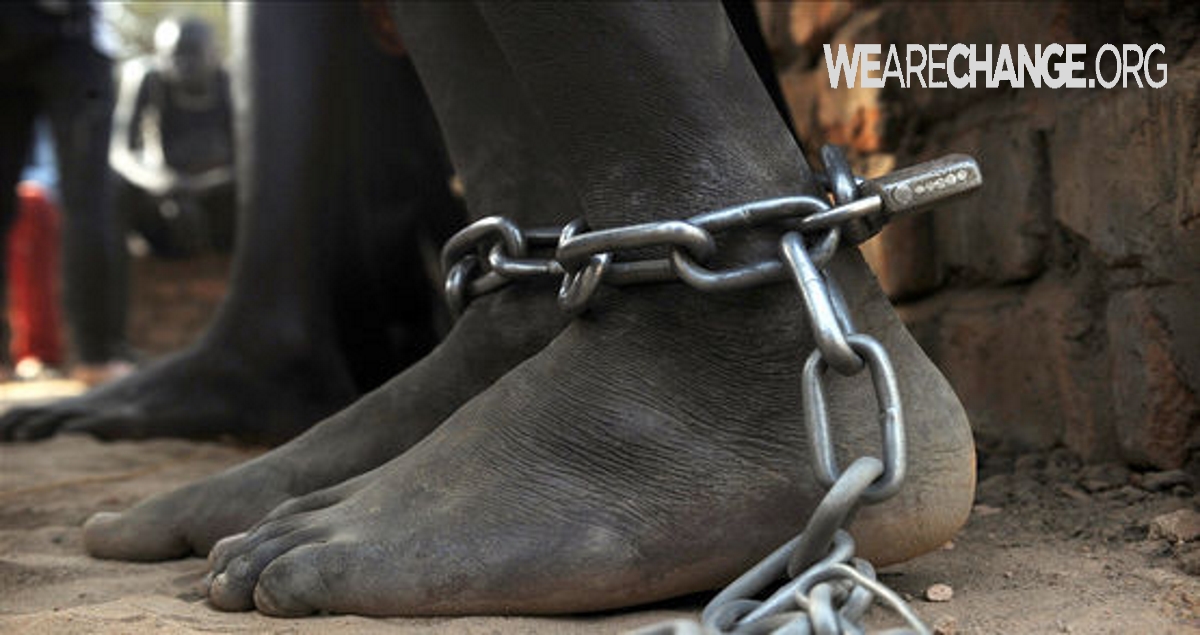 Six people were sentenced to several months in prison in a protracted show trial in Sierra Leone for protesting the loss of their land and livelihoods to Socfin, a multinational palm oil company. 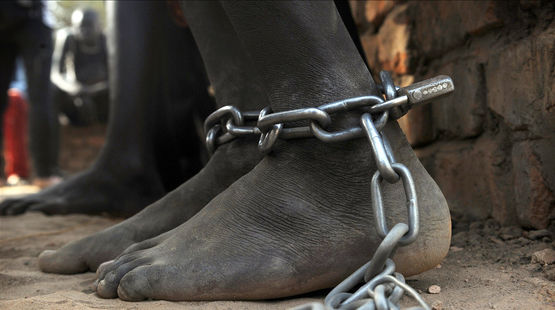 Robbed of their land and their freedom ( © getty images / Tony Karumba )

Socfin has taken over thousands of hectares of smallholder land in Sierra Leone’s Pujehun District for oil palm plantations since 2011. According to the company’s own figures, the concession covers 17,832 hectares and is to be expanded to 35,000 hectares. Around 12,000 hectares of land are currently under cultivation.

According to local communities and national and international organizations – including Oakland Institute, Grain and Environmental Justice Atlas – authorities at the chiefdom and national levels leased fertile farmland to Socfin for at least 50 years without the consent of the smallholders that rely on the land. In 2012, the Malen Affected Land Owners and Users Association (MALOA) complained of the company’s grave human rights violations in a letter to the Human Rights Commission of Sierra Leone.

Socfin pays the affected people less than five dollars a year per hectare for the loss of their land and livelihoods. Many have complained that they cannot survive on such pitiful “compensation”, and some families can no longer afford to keep their children in school.

While Socfin and the public authorities ignored the protests of the dispossessed people in Pujehun District, many locals report incidents of slander, intimidation and arrests. According to Green Scenery, the sentences handed down to the six MALOA members represent a further move by government authorities to suppress the peaceful resistance of the people. Several international human rights organizations have since condemned the imprisonment of the Sierra Leonean activists.

The majority of Sierra Leonean farmers have neither formal titles to their land, nor precisely surveyed plots – a circumstance that government officials and multinational corporations ruthlessly exploit. Time and again, smallholders are robbed of the land they have lived on and farmed for generations without their prior information or consent. Ancestral property rights of farmers are simply ignored, and at best, those affected receive miniscule cash payments or promises of future jobs as “compensation”.

The Sierra Leonean environmental and human rights organization Green Scenery and Oakland Institute, an independent US-based policy think tank, have published a report on land deals in Sierra Leone. European and Asian corporations are the main drivers behind these activities. Green Scenery estimates that around twenty major investors have staked out at least one million hectares of land in Sierra Leone for oil palm, sugarcane and rubber plantations. That represents nearly one fifth of the arable land of the West African country.

The government has repeatedly claimed that millions of hectares of suitable agricultural land in Sierra Leone are put to “little or no use”. The agency to promote investment and exports in Sierra Leone (SLIEPA) funded by the World Bank Group member IFC is therefore planning to allocate huge tracts of land to major investors over the long term. Companies like Socfin stand to benefit from extremely low lease rates, generous tax exemptions, minimal wage costs, weak environmental regulations and widespread corruption – conditions not unlike those of colonial times.

The Socfin Group – Société Financière des Caoutchouc – is registered in Luxembourg. The company’s roots go back to the Belgian Congo of the 19th century. Since then, Socfin has been establishing rubber and oil palm plantations in Africa and Asia. According to its own figures, it currently manages around 180,000 hectares of land. Hubert Fabri, a Belgian citizen, is the group’s president and a major shareholder.

Rainforest Rescue and Greenpeace (in French) have previously reported on how Socfin subsidiaries are behind land conflicts and deforestation in other countries such as Cameroon and São Tomé and Principe.

The Bolloré Group holds a 39% stake in Socfin. Tycoon Vincent Bolloré is one of the richest men in France and a member of the Socfin board. In 2014, the Bolloré Group had around 54,000 employees and posted sales of €10 billion. The group’s business interests include plantations, the energy sector, media and real estate. In Africa, the Bolloré Group is active in 43 countries and operates 13 major ports. The Oakland Institute has described the Bolloré Group as “an investor with an octopus reach in Africa”. Bolloré is also the Chairman of the Supervisory Board of Vivendi, a multinational media company.

February 4, 2016 was a dark moment for farmers in Sierra Leone, writes the environmental and human rights organization Green Scenery in Freetown. The High Court of the West African country sentenced five members of the Malen Affected Land Owners and Users Association (MALOA) to five months in prison. The organization’s spokesman is facing a six-month sentence.

The six had tried to defend their rights to their land and their livelihoods against wholesale land grabbing by Socfin.

“The six have done nothing wrong, that’s why I cannot believe that justice was denied today. How can you pay a meagre two US dollars per acre of land per year and not expect people to speak up”, says one of the women who lost their land in Pujehun District.

Please sign Green Scenery’s petition to the president of Sierra Leone on behalf of the jailed activists.