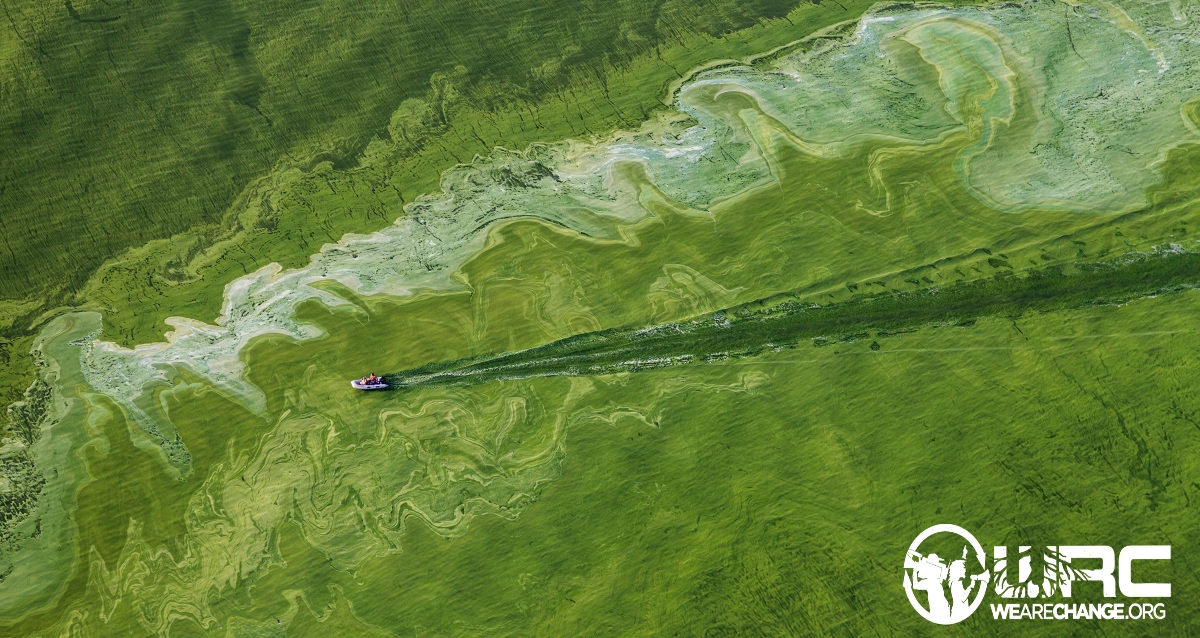 Scientists from Ohio Northern University (ONU) in the U.S. have discovered that glyphosate is largely responsible for an increase in harmful algae blooms that contaminate lake water and kill off life dependent upon this habitat.

Namely, dissolved reactive phosphorous (DRP) has been contaminating Lake Erie and the Maumee watershed. This DRP comes from surrounding farms that rely on Monsanto’s weedkiller to grow their crops. The runoff ends up in the lakes, killing fish and contaminating the water.

Though Lake Erie’s trouble with phosphorous is not new, there has been an alarming increase in DRP, which caused scientists to question its probable origins.

Christopher Spiese, a chemist at Ohio Northern University suggests that an increase in the use of glyphosate is causing the problem. DRP loads in Lake Erie have been increasing since the early 1990s — the same time that RoundUp was being sold to farmers across the U.S.

RoundUp was first introduced commercially in 1974, but it was in the 90s that farmers started to spray it copiously on genetically modified crops. RoundUp is currently Monsanto’s biggest profit-maker, accounting for a whopping one-third of its total sales in recent years.

Despite its worldwide use, members of the E.U. Parliament addressed the “European Commission, Food Safety Commissioner Vytenis Andriukaitis, and responsible Ministers of the Member States” to try to ban glyphosate across Europe. Traces of it were found in the urine of almost every member of parliament who tested for it.

Ohio Northern researchers have confirmed that glyphosate is causing the harmful algae blooms in Lake Erie, but Drs. R. Michael McKay and George Bullerjahn of Bowling Green State University have been studying this likelihood since 2012. They suspected that the growing ‘dead zones’ in the RoundUp were caused by this herbicide, killing millions of fish and polluting drinking water every year.

“Our research is finding that Roundup is getting into the watershed at peak farming application times, particularly in the spring.”

“These crops that are able to grow in the presence of glyphosate have really kind of started to take over, to the point where we’re washed in Roundup.”

Spiese figured out that for every acre of GM soy planted with the use of RoundUp, you can count on one-third of a pound of phosphorous being dumped into the Maumee. He argues:

But it did. Add one more disaster to Monsanto’s growing list of environmental misdeeds.

This article (Researchers Find RoundUp Responsible for Harmful Algae Blooms In Great Lakes) is free and open source. You have permission to republish this article under a Creative Commons license with attribution to Christina Sarichand UndergroundReporter.org. If you spot a typo, please email the error and the name of the article to undergroundreporter2016@gmail.com. Image credit: Flickr/NOAA