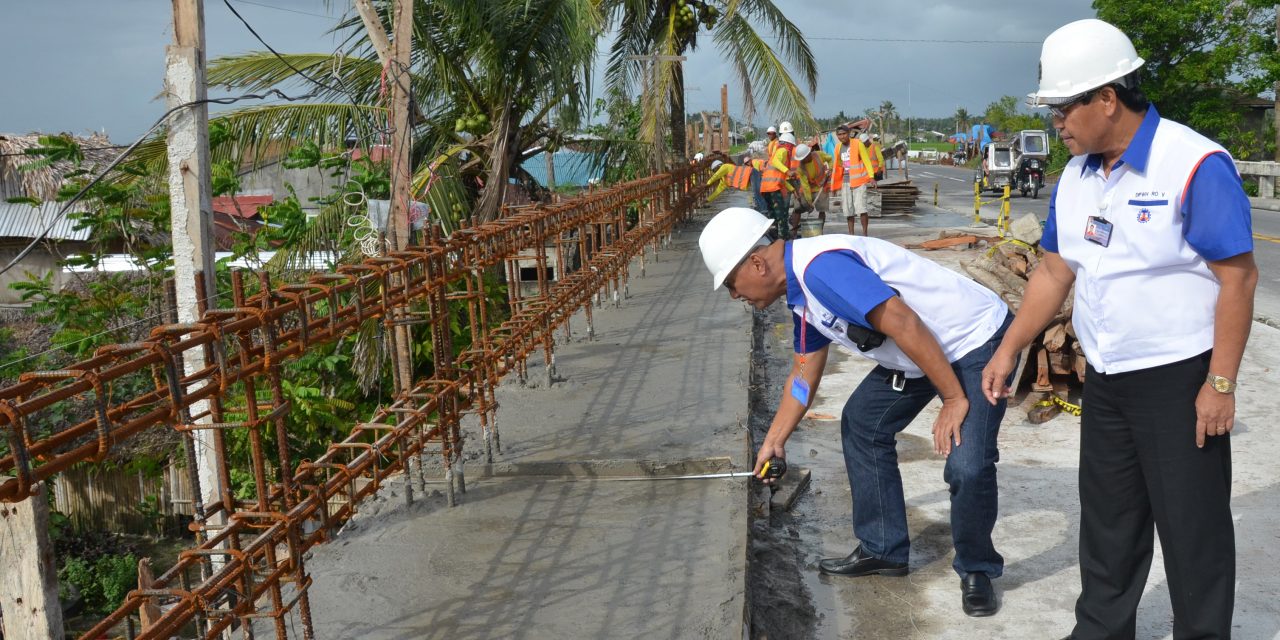 A senator says the practice only allows government officials to ‘prematurely campaign’ for reelection all year round.

MANILA, Philippines – A senator has sought a ban against names of public officials being publicized via government projects they want to claim credit for.

Senator Francis Escudero has filed Senate Bill 776 prohibiting the naming of government projects after elected or appointed officials or after personalities that may be associated with them.

The measure excludes instances approved by the National Historical Commission of the Philippines.

Many government officials take the opportunity to plaster their names and faces on projects intended for public use. These projects include waiting sheds, ambulances, and “even trash bins,” said the senator.

“Government projects are funded using taxpayers’ money. However, it has been the traditional practice of government officials to label or acknowledge the procurement of items with their names or identities as if the projects or items were personally funded,” Escudero said in his bill.

Violators will face one year imprisonment and will be fined P100,000 to P1 million, depending on the cost of the project in question.

In aid of reelection?

In refiling the measure, Escudero asked Congress for the “immediate consideration and approval” of the bill, as taxpayers – not politicians – fund the projects and programs.

The former vice presidential bet lamented how such acts aid the reelection of government officials and their family members. (READ: ‘Epal’ campaigning not an election offense – Comelec)

“In the same manner, this practice permits government officials to prematurely
campaign for re-election all year round, while at the same time projecting a false and inflated sense of accomplishment to their constituency,” he said.

Former senator Miriam Santiago earlier filed Senate Bill 54, or the Anti-Signage of Public Works Bill or the “anti-epal” measure. The bill had been refiled many times – in 2004 during the 13th Congress, in 2007 during the 14th Congress, and again in 2010 during the 15th Congress.

It prohibits the placement of a public official’s name or image on a signage of a public works project, be it proposed, existing, or ongoing maintenance and rehabilitation. – Source = Rappler.com