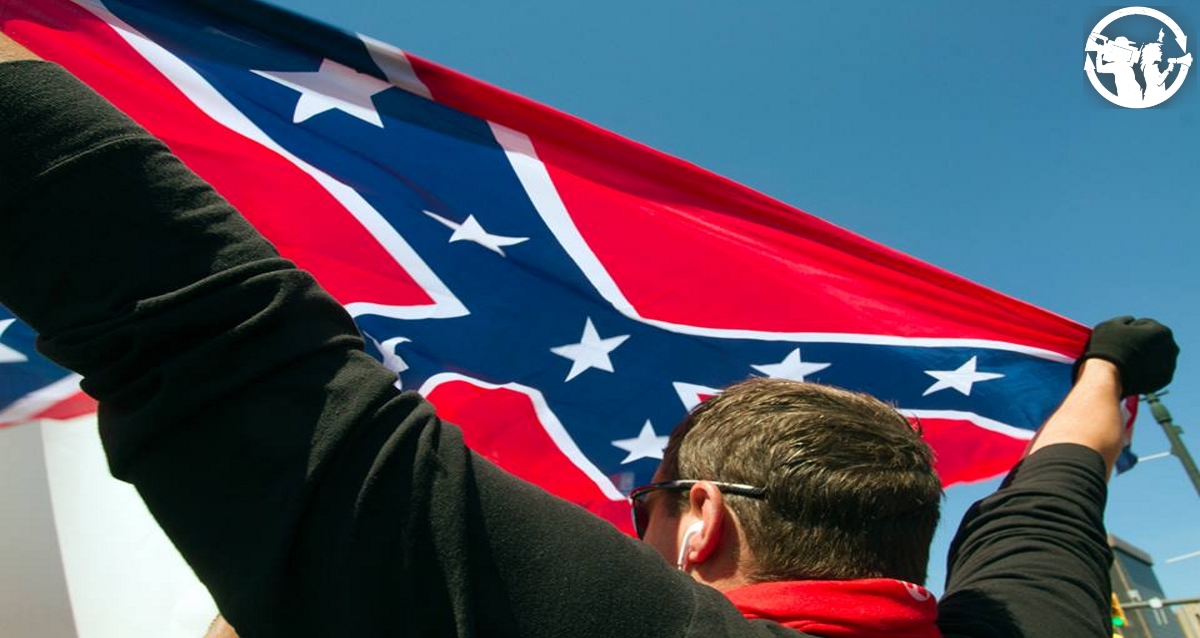 Detroit Michigan- as GOP presidential nominee Donald Trump began his speech in Cobo Center, more than 100 protesters stood outside of the arena decrying the grandiloquent Trump, holding signs calling him sexist, racist and a fascist.

“No Trump, no KKK, no fascist USA,” protesters chanted Monday morning, the protesters facing a line of police, including five mounted on horse back with wooden batons.

Inside the Cobo Center, more than 12 event attendees each individually disrupted Trump’s speech were escorted from out by security. Often times audience members would turn and shout down the anti-trump demonstrators.

Waitress Sarah Messer was the first to disrupt the Don’s speech, and said she was protesting Trump because of previous comments he made that women should leave their jobs if they are sexually harassed, and also what she considers his lack of support for the LBGT community. Trump respond with “I will say the Bernie Sanders people had far more energy and spirit.”

According to Detroit police, and the local Detroit news “No violence broke out Monday amid the peaceful protest organized by the United Auto Workers union, aside from a brief “tussle” over a Confederate flag.

They briefly detained the man who left the scene after the incident, Barren said, adding that “He realized that this is probably not the best event for him, so he’s gone.”

Trump campaign stops have been marred in recent months with violent outbreaks between Trump supporters and opponents. While the main stream leftist media has continued to paint Trump as a racist, misogynist, anti-immigrant, it makes me wonder why his campaign chose Detroit an over 80% minority city.

“Trump is mobilizing racist, misogynist, anti-immigrant sentiment among white, middle-class workers,” said David Langstaff, 32. “I live in Detroit and I think we have a responsibility to resist Donald Trump. I think we have a lot of power when we come together. That’s a lot more power than voting every four years.”

Langstaff said he was outside Cobo on Monday to protest Trump, the man also declared himself anti-Hillary, saying he supports an entirely new system of American government.

“The kinds of things we need for ourselves are not going to happen through the ballot box,” he said. “I think (our country) should be based on principles of radical democracy and egalitarianism, and that’s not something that’s possible under our current political system.”

Anti-Trump protesters weren’t alone Monday, with a handful of the businessman’s supporters joining the fray. One Trump supporter walked along the street with a giant Trump flag before slipping into the chanting crowd. 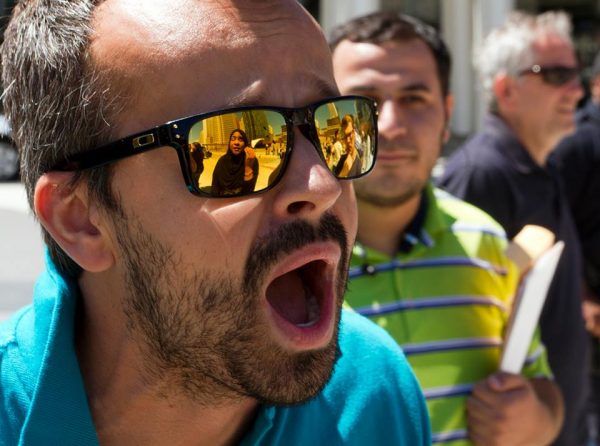 “I wanted to see how they would react to someone with a different opinion,” said Detroiter Zack Wojtan, 20. “I was saying this is a public sidewalk, and they were telling me I couldn’t be there,” Wojtan Said he supports Trump for his economic policies. 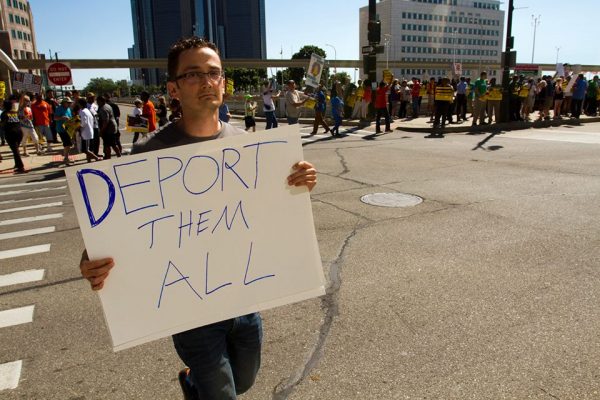 According to  Steve Neavling Investigative reporter and publisher of MotorCityMuckraker.com there were 5-10 Trump supporters who were heckling protesters all day, who were peaceful until the confederate flag was pulled out. The man with the flag was the first to throw a punch. He defiantly came ready to fight. He was heckling protesters all day, and no one would take the bait. And then he pulled out this , he was looking for a fight. He was heckling people all day, trying to get them to snap.

Protesters far outnumbered Trump’s supporters, with many in the crowd joining Democrat Marie Thornton, a 65-year-old Detroit resident, who said Trump isn’t welcome in the city.

The Man waving a Confederate flag was mobbed by a group of angry Anti-Trump protesters. [Video above] 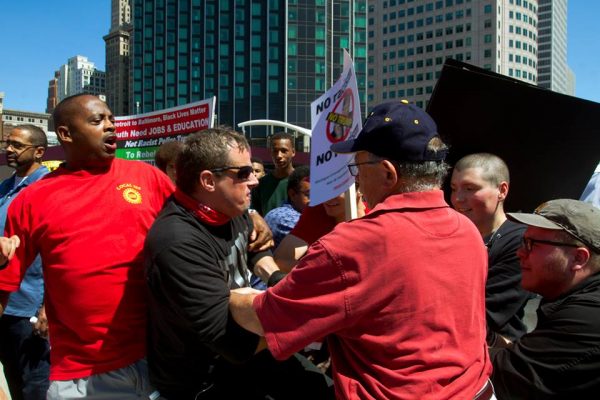 “He was heckling protesters all day, and no one would take the bait. And then he pulled out this , he was looking for a fight. He was heckling people all day, trying to get them to snap.” Steve Neavling

Michael Betzold From Detroit-Sunday-Journal doubts the guy with the flag was odiously expressing his First Amendment rights just on his own–  saying that  “I suspect he was sent there for a reason.” 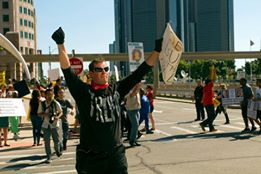 Photographer Steve Neavling tried to break up the scuffle and instead was punched, and Targeted by the police.

“Detroit police threw me around, grabbed me by the neck and tried to arrest me for covering the anti-Trump rally. A fight broke out over a Trump supporter waving a Confederate flag. In the chaos, a cop wrongfully accused me of assaulting the man with the flag. I actually was trying to break up the fight. After police detained me, the crowd corrected the cops, saying I did nothing wrong. No wonder cops have a bad reputation. Get a new fucking job if you can’t do this one right.” ~ Steve Neavling

Lesson learned. The cops were messing with me all day. One cop said, “We don’t recognize Motor City Muckraker as the media” when I tried to take pictures from the street. One cop told me to get a life and stop “stirring up shit.”

We recognize you Steve, Thank you for documenting the event from the street, the motor city needs more journalist like you, and if being a journalist means not  having a life and “stirring up shit” then we are here with you.